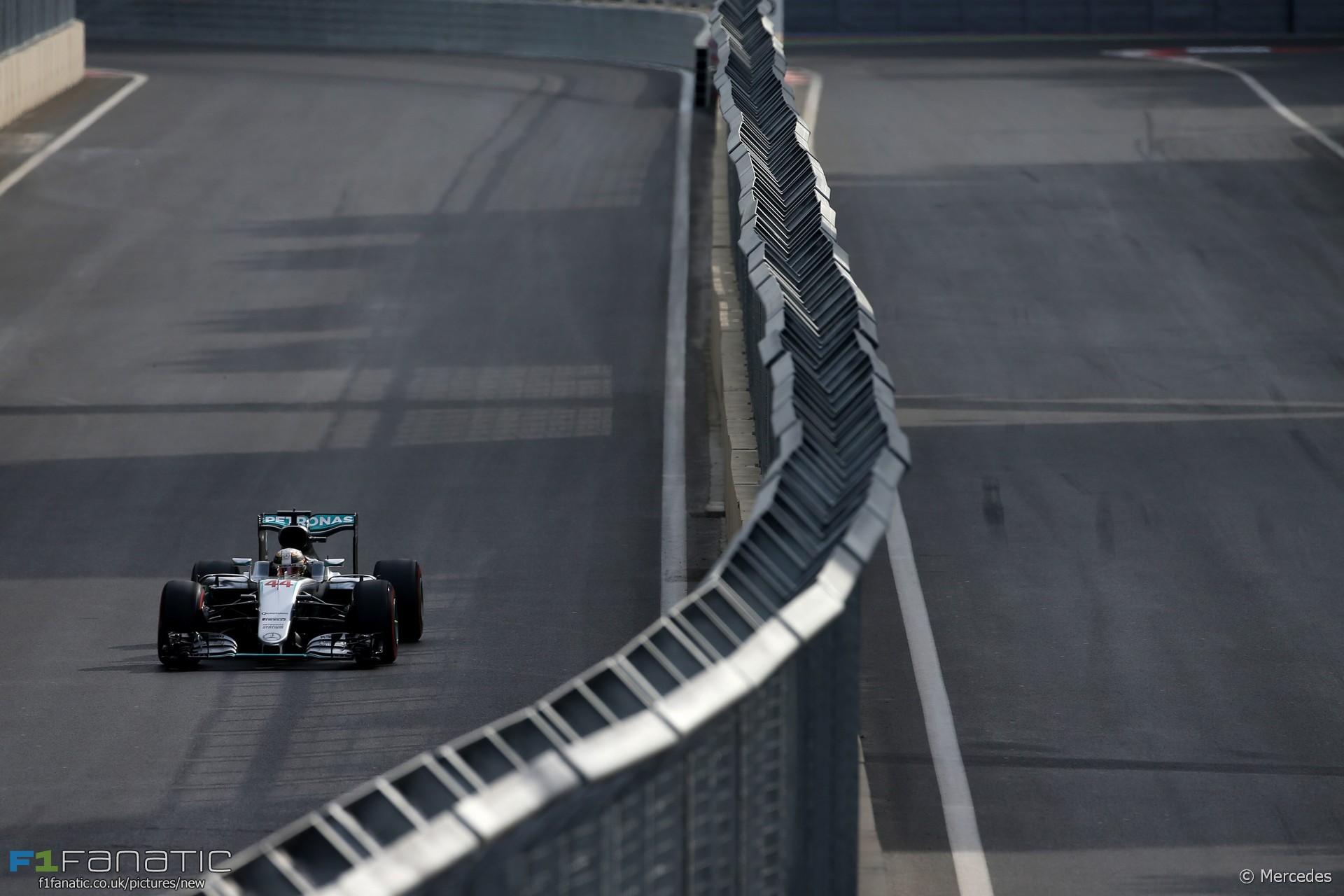 In the round-up: Lewis Hamilton insists there is no problem with F1’s safety standards following criticism of the Baku City Circuit.

"‘Safety is something we have to work on and F1 has got to a safe place but in Baku last week they wanted to open up the pit lane entry and make it easier. They were saying, 'it’s so fast and dangerous' and I was thinking, 'it’s not really dangerous at all'."

"After Mercedes, someone has to lead the sport, and if you look at all the other teams and manufacturers, I don't think anyone is in a better position than McLaren-Honda for the future."

"Teams anticipate that this year's fastest qualifying laps will be in the 1m06s range, and may even dip into the 1m05s."

"Inside the team we don’t have any favouritism. We want both drivers to be in the points, yes, but if it is only one we don’t care who it is." Ecclestone: Don’t listen to those guys at F1 Fanatic!
@Coldfly

Thanks to everyone who join in and a big shout to Steve Rogers, Jack, Traverse, Richard Chatburn, Runforitscooby and Julien who also supplied great captions.

On this day 30 years ago BMW announced its first departure from Formula One. It later returned as en engine supplier, than formed its own team, and at the end of 2009 departed again.