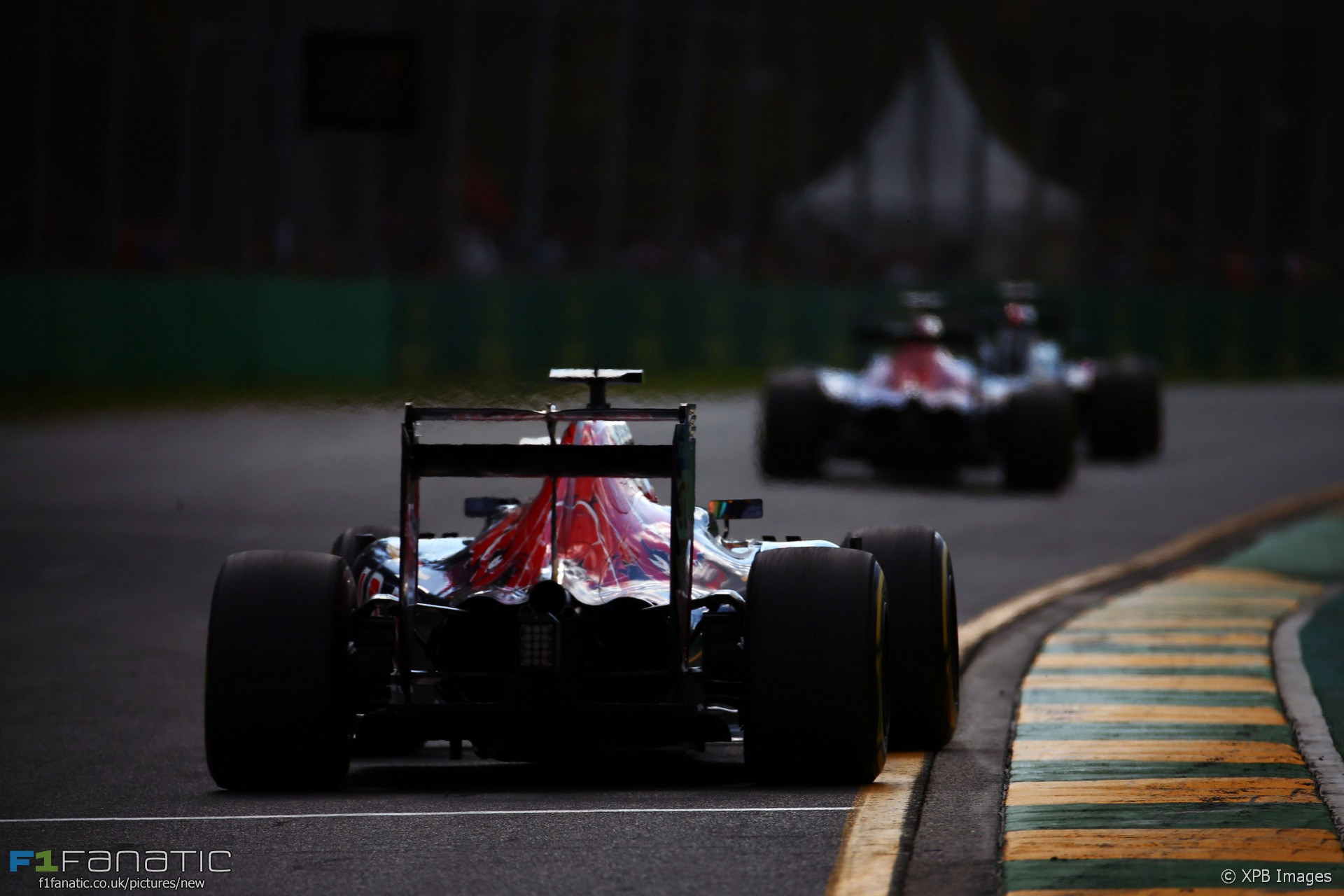 More than five years have passed since Formula One introduced its contentious Drag Reduction System.

The overtaking aid has already spawned imitators in other championships. GP2, Formula V8 3.5 and the DTM already have their own versions of DRS and rumours suggest the World Endurance Championship could adopt it soon as well.

But polls on this site and elsewhere have shown DRS is yet to win over the majority of fans. And the verdict on DRS from many of those within F1 is mixed at best.

While many credit it for increasing the amount of overtaking others see the rise in passing as a matter of quantity over quality. And some question whether certain tracks, such as the Circuit Gilles Villeneuve which hosts this weekend’s race, ever needed DRS in the first place.

I think Formula One needs to shift. I don’t know what the solution is but there’s a lot of good brains here which should be able to come up with a solution to enable us to race through real racing, not through making it fake like DRS or having to do something to weaken another, you know what I mean?
Lewis Hamilton, 2015

DRS is a great thing. In the end, who cares why we are overtaking?
Nico Rosberg, 2011

It’s more fun to pass someone without DRS.
Jenson Button, 2011

On some tracks DRS can be helpful but I think with Pirelli tyres you don’t always need DRS to improve the racing. I would much rather see fewer overtakes but more wheel-to-wheel scrapping and drivers having to work harder to overtake.
Jolyon Palmer, 2013

Purists tend to criticise DRS, but in my view they’re wrong to do so.

Granted, initially, on some circuits, DRS occasionally made overtaking a little easier than is ideal, but on balance the contribution made by DRS has in my opinion been positive.

And, more important, on the vast majority of circuits, even with DRS, overtaking is still sufficiently difficult that it demands that each driver knows how to race, not only how to drive quickly, which isn’t the same thing at all.
Emerson Fittipaldi, 2014

Some of the current rules need tweaking – DRS is a false overtaking aid because it doesn’t give the driver to slipstream and to play a chess game to plan where to pass someone.
Nigel Mansell, 2015

It makes a better show because people pass people. But I think overtaking is an art. It’s like giving Picasso Photoshop.
Juan Pablo Montoya, 2014

I really believe the FIA should think about whether F1 needs DRS at all tracks. Places such as Montreal, Spa and Interlagos have always been good for overtaking…
Karun Chandhok, 2015

There are a lot of things that are making F1 a lot less appealing to the public. A bunch of things like DRS.
Jacques Villeneuve, 2016

Get rid of DRS and use a simple push-to-pass system that would be very easy to program into the ECU of every car. Give the drivers 10 or 20 P2P boosts per race, the fans can follow this on the TV screen so they know how many each driver has left toward the end of the race. This system is used in IndyCar and works very well, but a driver can also use it to defend, unlike the DRS system.
Stefan Johansson, 2016

All the overtaking taking place [in 2011] is more to do with the tyres than the actual DRS.

I think the tyres having some issues on longevity it will end up with teams wearing the tyres more than some others. And that’s the overtaking opportunity. The DRS only comes into play because of the tyres.
Rubens Barrichello, 2011

Seems we are close to the pre-DRS overtaking figures.
Pedro de la Rosa, 2015

I’m a great fan of it. I know some people are opposed to it and really think it is not pure enough. I completely disagree with that view. It still requires extreme skill from the driver. It is not as if it’s turn on, overtake, go, done.
Charlie Whiting, 2014

A much better idea would be to put it in the bin and then we might just get down to drivers again learning how to overtake another car without outside assistance.
Gary Anderson, 2015

Most drivers found they were aided by DRS as often as they were hindered by it and I suspect most would be sorry if it were ever to be outlawed.
Pat Symonds, 2016

DRS: Is it really one of the worst rules ever introduced in Formula One? Or do you welcome the possibility of more powerful DRS in 2017 to counteract a rise in downforce?

And what are your favourite DRS-free overtaking moves? Join in those debates and share your thoughts in the comments.