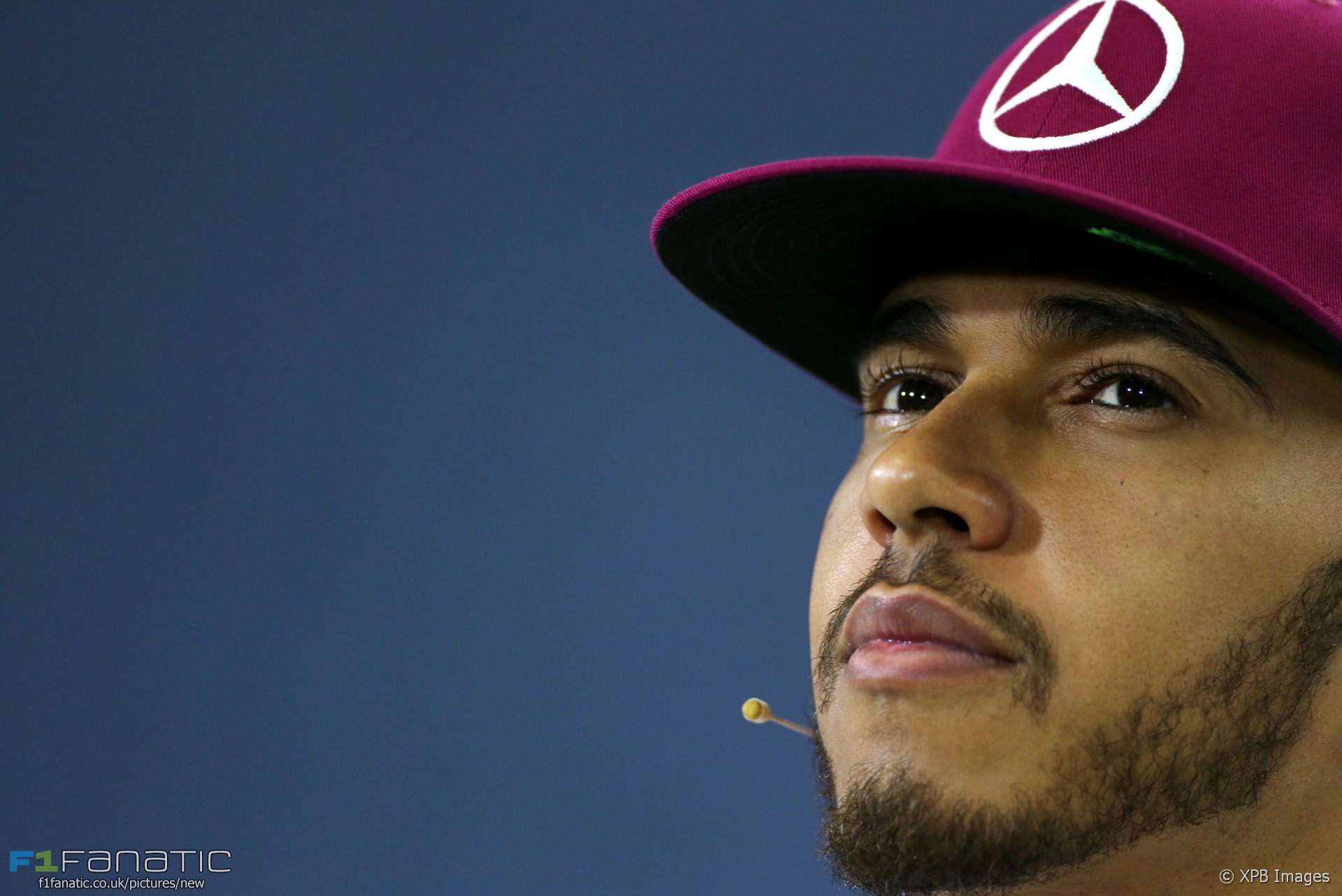 In the round-up: Lewis Hamilton says he is proud to see more drivers from under-represented backgrounds entering motorsport.

"The warning signs were in the air for a year and a half. But when you have brought your first podium to the team two weeks before, yes, then that comes as a surprise - and you can’t really be happy with the decision they are making."

"I don't think it has anything to do with what happened in Sochi. As I learned, it has been decided already beforehand."

"He was on the podium in China and then the next race, his home grand prix, he got a bit too excited. Messed up the first two turns. It happens. I think it's harsh on him."

"A Ricciardo-Verstappen line up for me is potentially one of the, if not the, strongest pairing of future years."

"Lewis Hamilton will get exclusive use of a revised and improved MGU-H for the Spanish Grand Prix, as Mercedes bids to end his run of reliability troubles."

Hamilton hopes he is wrong about 2017 rules (Autosport)

"I hope I'm wrong and this isn't another case of a bad change, like the qualifying rules."

"Every time we drive this car there are some big improvements."

Hermann Tilke: 'The goal is to show historic and modern Baku to world' (Azer Tac)

"The reason of the choice of this track is to bring the historic and modern view of Baku to the world community."

"It should mean that Sky is better equipped for Over the Top services and can explore other exciting new technologies like Virtual Reality further in the future and on a global scale."

Venezuela Is Falling Apart (The Atlantic)

"While Venezuelans were dying for lack of simple, inexpensive pills, their radical socialist government was spending tens of millions a year to keep a native son, Pastor Maldonado, competing in the Formula 1 global auto-racing circuit."

A huge Spanish crowd in the pitlane. No prizes for guessing who's garage they're outside chanting for #F1 #SpanishGP pic.twitter.com/KsEmsSpm23

Fair play to Kvyat, who wants to punch everyone in the face, but he's being truly dignified about it. The kid done good.

New Formula One™ blockbuster set in mid 60's due to film @SilverstoneUK with female writer/director in 2017 #BRMP261 pic.twitter.com/juLo5Nr9Lr

Good to see k&n filters in F1 even if just as fuel tank breathers pic.twitter.com/ggI5CR18wO

Jay was surprised to read Sergio Marchionne stating that Alfa Romeo need to sell more cars before being represented in F1:

Curious comments by Marchionne. Needing to sell more cars before getting into F1? Isn’t it the other way around?

Or is it the fact that Alfa has completely dropped out of the average person’s imagination? I’d like to think so. When I was growing up in the 80s and 90s, all I ever wanted was a GTV6 and then a 155, also used to love the old Alfettas. They were sexy cars, as they stood out, it had a element of madness in chic sort of way. For all its unreliability, I’d still have one, just for the way they used to look. But over the last decade or so (the 156 was the last Alfa that looked like an Alfa), the sex and madness seems to have been shoved in a back cupboard somewhere while being subject to a Fiat-Chrysler brainwash.

The real question is, should they be coming into F1? I’d say no. They should go back to touring cars where the aesthetics of the Alfa can be appreciated. The BTCC 155 of the early nineties is permanently etched in my memory as one of the most beautiful touring cars of all time.
Jay Menon (@jaymenon10)

David Coulthard won the Austrian Grand Prix on this day 15 years ago. Behind him Rubens Barrichello surrendered second place to Michael Schumacher on Ferrari team orders – a foretaste of what was to follow one year later when Barrichello was leading on the last lap.

59 comments on “Hamilton proud to ‘knock down walls’ to F1”