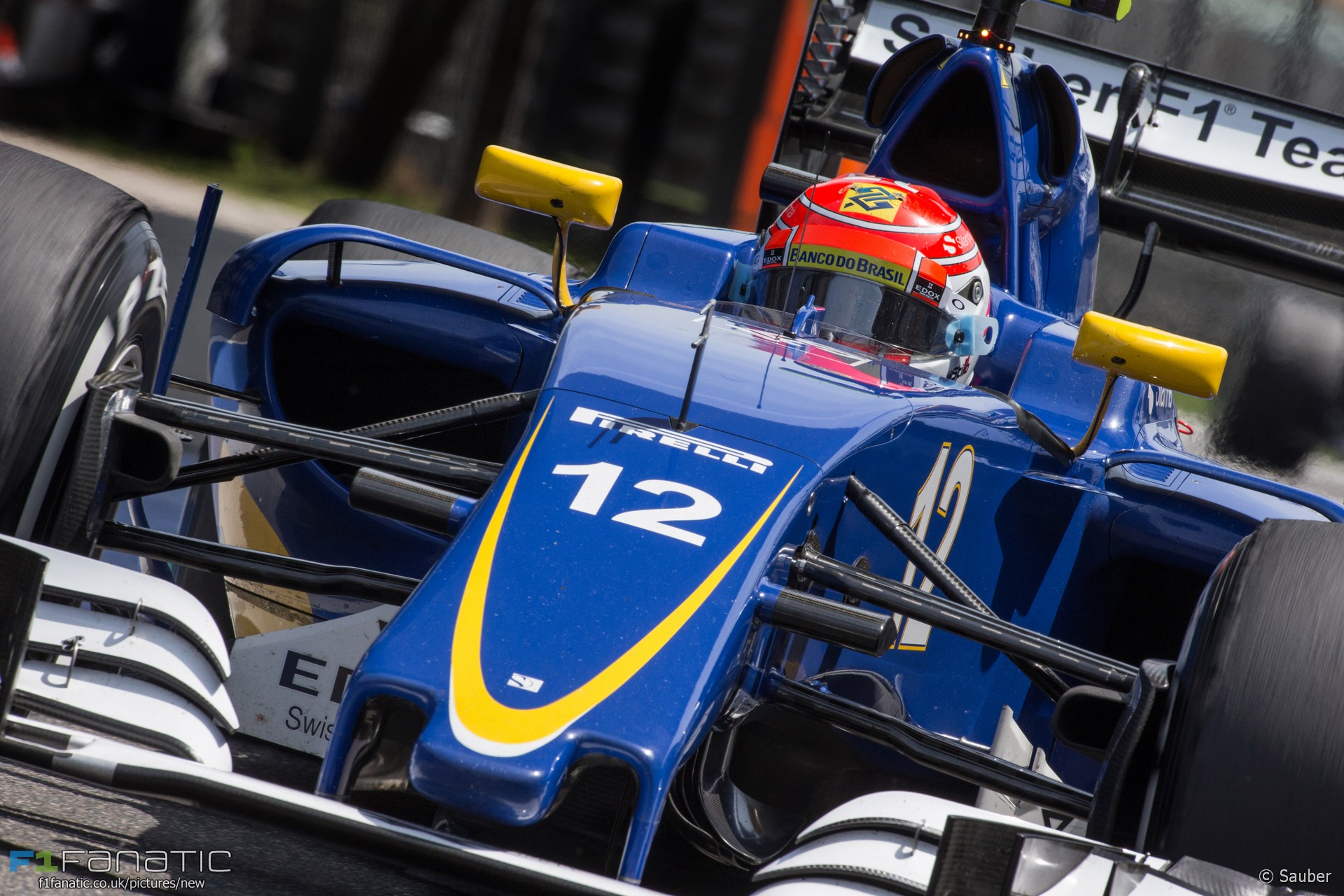 In the round-up: Further indication of Sauber’s financial problems as the teams is behind on its staff payments for the third month in a row.

"The situation has repeated itself for the month of April but Sauber hopes a solution will be found to ensure all employees are paid."

"Kvyat partly understands it. I don't see this as a demotion."

"'We basically have long-term contracts at the Red Bull junior program and the whole program is based on performance,' Red Bull's motorsport consultant Helmut Marko warned in March. 'Be very clear: the one who is not delivering goes.'"

"While it would have been logical for Verstappen to have taken Pujolar and Helvig to Red Bull with him, the Milton Keynes-based team has confirmed that the Dutchman would be using Kvyat's former engineering staff, including race engineer Gianpiero Lambiase."

"When I asked team members and the drivers in Russia what John's role was going to be, they looked completely mystified and said 'we don't really know, no one's told us'. It did seem to come together very quickly - probably as a response to the tense atmosphere which had developed in that team."

"I think he has had quite a few unlucky circumstances for him."

compared to Mercedes and Ferrari, but we are still limited. We don’t want to use the tokens for tiny steps, from a tactical point of view."”]

"Mr Kozak revealed that that 'this circuit was built entirely by federal budget subsidies' and he expects it to break even by 2023."

@f1fanatic_co_uk @TokyoSpark not great considering they slashed ticket prices though

There might be more to this. I heard there was a blazing row Sat night in Sochi between Franz Tost and the Verstappen camp! Coincidence?

Looking forward to the FIA's Thursday press conference line-up being Kvyat, Verstappen and four guys who won't be asked any questions. #F1

A message from @Max33Verstappen to you all! #CiaoMax33, thank you! 😊https://t.co/28EVsTcZGw

I did really enjoy and feel really proud of the work I did with @ToroRossoSpy 👌✌️now time to get ready for the next challenge! Grazie Faenza

New Red Bull driver Max Verstappen previously got behind the wheel of one of their cars for a demonstration run at Spa-Francorchamps during the Formula Renault 3.5 weekend last year.

There was only one big story yesterday and quite a lot of sympathy for Daniil Kvyat:

Firstly, it was a shocker for me to read this. You don’t expect such stories in the middle of the season. Secondly, I really feel bad for Kyvat. I felt that fans, media and his own team were a touch too harsh for his mistakes in Russia and it escalated more due to the discussions from China.

I agree with @willwood that it almost seems like Red Bull was looking for an opportunity to replace Kvyat with Verstappen and give him the opportunity before any other big teams come smelling for his talent and Kvyat was a mere scapegoat ready to be butchered even at the slightest error. Remember Hungary 2015 when his own team did not appreciate his drive to the podium.

I fear that’ll be the end of Kvyat’s Red Bull career and he might be slowly pushed out of Red Bull program all together by the end of the year. Talent wasted!
Neel Jani (@Neelv27)

Robert Manzon’s Gordini won a non-championship grand prix in Naples on this day 60 years ago, taking two hours and 20 minutes to complete the race.