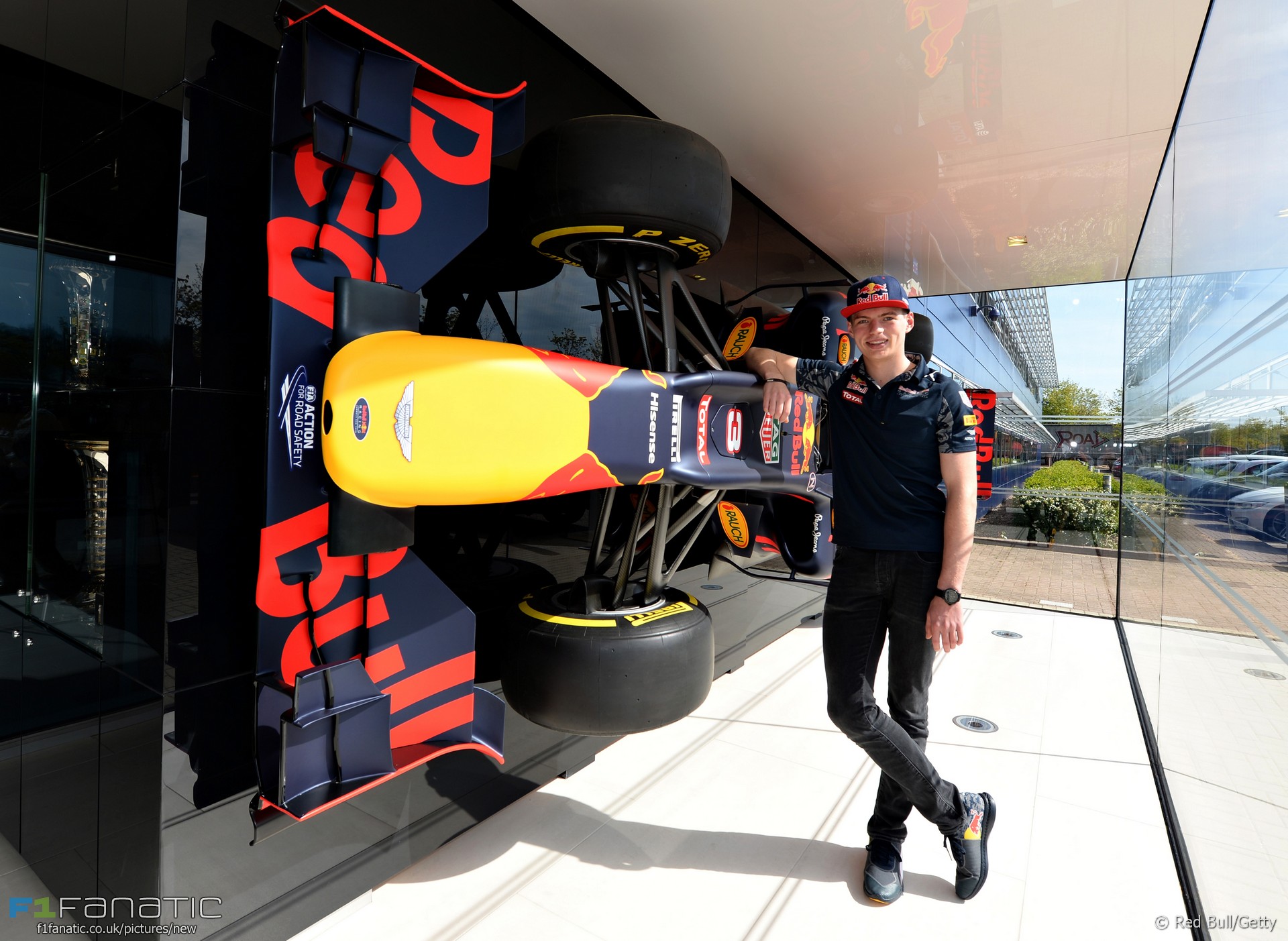 Max Verstappen has made his first appearance as a Red Bull driver at the team’s factory following their decision to promote him in place of Daniil Kvyat.

The 18-year-old will make his first race start for the team at next weekend’s Spanish Grand Prix at the Circuit de Catalunya.

Verstappen said he was “shocked” by his sudden promotion. “I didn’t expect it, but yes I’m very happy with the opportunity of course. I have to say a big thank you to Red Bull and Dr Helmut Marko and now I just can’t wait to jump into the car.”

He said he is going to next week’s race with “no expectations”.

“I just want to adapt to the car, understand it better and better every session and like I said before, study the data and see what my team mate is doing because the most important thing is to score points.”

“I just hope to feel comfortable in the car because that’s what a driver needs,” he added. “We’ll find out in Barcelona. I have never driven the RB12 before, it will be a new experience and there are a lot of procedures to learn, but I’m up for it.”

Verstappen’s rise from karting to the four-times constructors’ championship-winning team has been remarkably swift. He was appointed to their junior team in August 2014 during his first full season as a racing driver.

Six days later the team announced Verstappen, then 16, would make his debut for Toro Rosso in the 2015 season. Verstappen finished third and highest rookie in the 2014 European Formula Three championship and won the most races of any driver that year.

Verstappen is swapping seats with Kvyat following the Russian driver’s disastrous performance in his home race, in which he triggered a first-lap crash which eliminated Sebastian Vettel from the race and led to Red Bull leaving the race point-less.