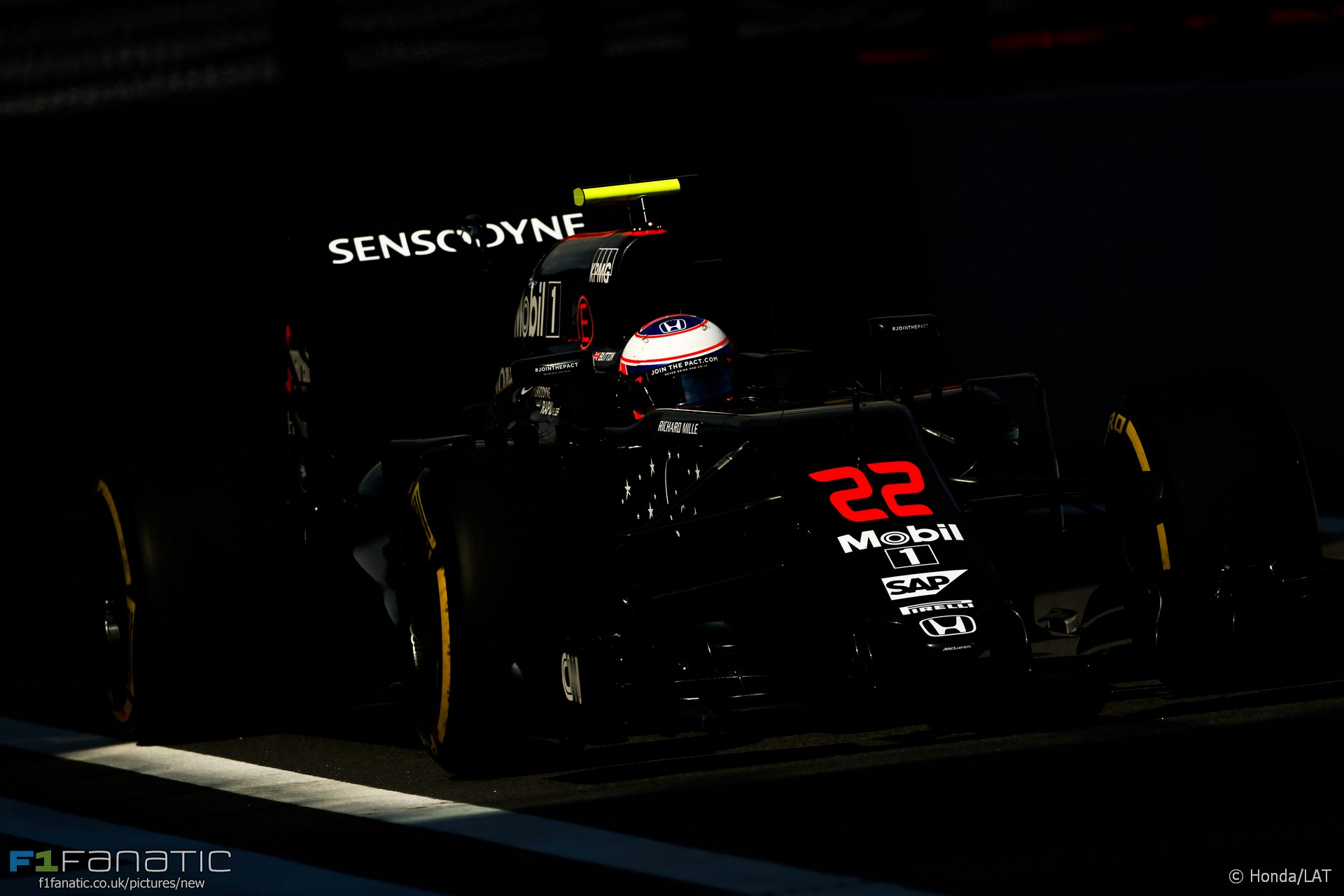 Ten of the best pictures which tell the story of the 2016 Russian Grand Prix weekend.

Renault added Sergey Sirotkin to their expanding line-up of junior drivers and gave him a run in first practice. He out-paced regular driver Jolyon Palmer by seven-tenths of a second.

Sunday’s race was the first to be held on May 1st since the 1994 San Marino Grand Prix and the crash which claimed the life of Ayrton Senna. Felipe Nasr added a tribute to his countryman on his helmet.

Jenson Button believed McLaren had a chance to get their cars into Q3. They didn’t but both scored points in the race, Button taking tenth.

Daniil Kvyat wrecked several drivers’ races – and possibly his long-term employment prospects – with some careless driving on the first lap.

Also at turn two Esteban Gutierrez knocked Nico Hulkenberg into Rio Haryanto – the high-flying Manor serving as another reminder why devices like the Aeroscreen are under consideration.

A second hit from Kvyat left Sebastian Vettel in the barrier and out of the race – and provided a glimpse of the Ferrari’s front wing aerodynamics.

As the race restarted Valtteri Bottas and Lewis Hamilton were the men on the move.

Kvyat gambled on medium tyres but fell into the clutches of Marcus Ericsson.

Nico Rosberg won again but Lewis Hamilton limited the damage by rising from tenth to finish behind him.