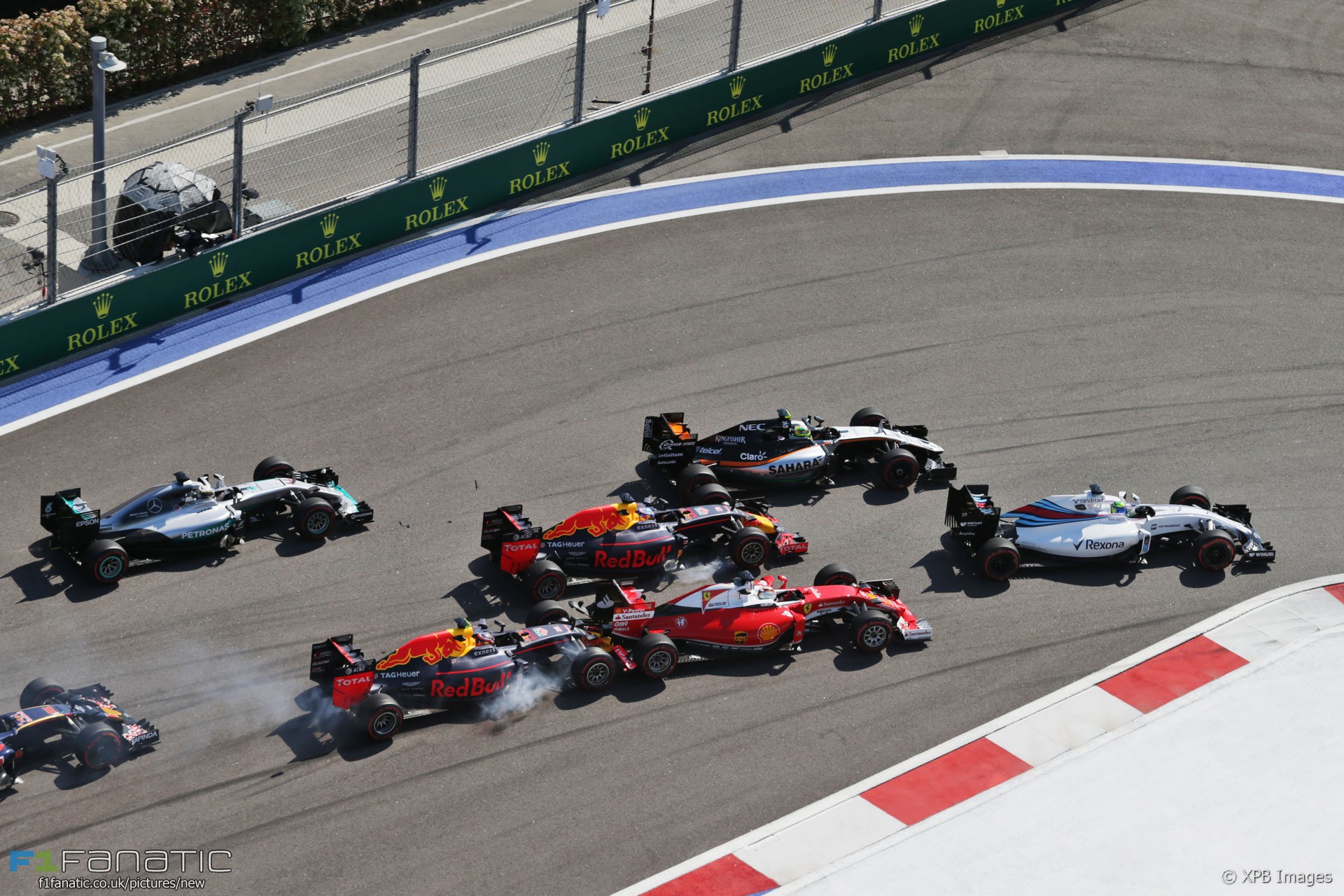 Sebastian Vettel said Daniil Kvyat was obviously to blame for the first-lap collision which took him out of the Russian Grand Prix.

The Ferrari and Red Bull drivers tangled at the start for the second race running. Kvyat made contact with Vettel from behind at turn two, then hit the Ferrari a second time in turn three, sending Vettel into the barriers for good.

Vettel was phlegmatic afterwards, telling the BBC: “These things happen but obviously it is harsh.”

“In the end, the race is very long. You can make progress in the first lap, yes, you can also end your race there. For me it was the case today, it was not my fault, nothing I could have done different, nothing I would change.”

Vettel said he held Kvyat responsible for the collision again but holds no personal grudge against the Red Bull driver.

Kvyat was given a ten-second stop-and-go penalty for the collision. Vettel has now retired from two of the last three races.

62 comments on “Kvyat obviously to blame for crash, says Vettel”