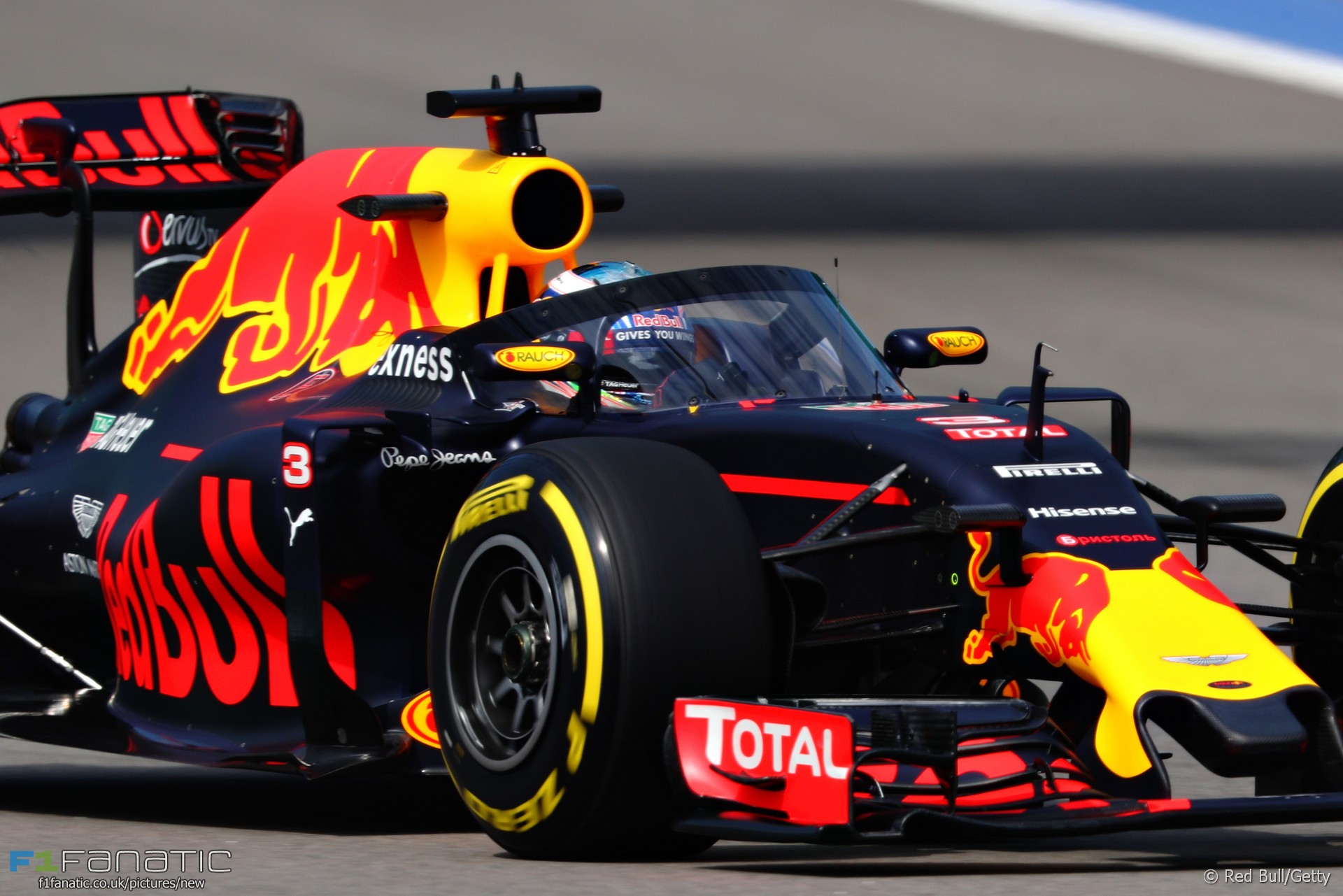 Daniel Ricciardo was impressed by how little the Aeroscreen impaired his visibility when he tested it during practice today.

Red Bull conducted the test of the screen as the FIA intends to introduce enhanced cockpit safety for drivers from next season.

Ricciardo said the Red Bull-designed solution did not greatly hinder his vision compared to the current open-cockpit configuration.

“I think in terms of visibility it was actually pretty good,” Ricciardo told reporters after practice today. “The peripheral vision and all that was fine, to be honest.”

“Where the structure is and where it’s built it’s sort of line with the mirrors so you’re not really hindered at all any more than now.”

“Sure it’s just a bit weird having a structure so that’s something you’ve probably got to get used to. But the pure visibility and seeing what was around you… I had a Ferrari in front of me and still the points on the track, what you see, seemed pretty much unaltered. So I think that was positive.”

“Sure it’s different but I think the crux of it was still pretty good.”

One concern about the new cockpit structures including the Halo device tested by Ferrari next month is whether it will obstruct drivers’ views of the starting lights and through steep corners such as Raidillon at Spa-Francorchamps.

Ricciardo suspects the Aeroscreen would not present a significant problem for upward vision but admitted he “didn’t have a look at [starting] lights”.

“It seems pretty high up,” he added. “If I was to go and stop on the grid now I wouldn’t say it would hinder the vision, it seems probably higher than that. But I didn’t try it.”