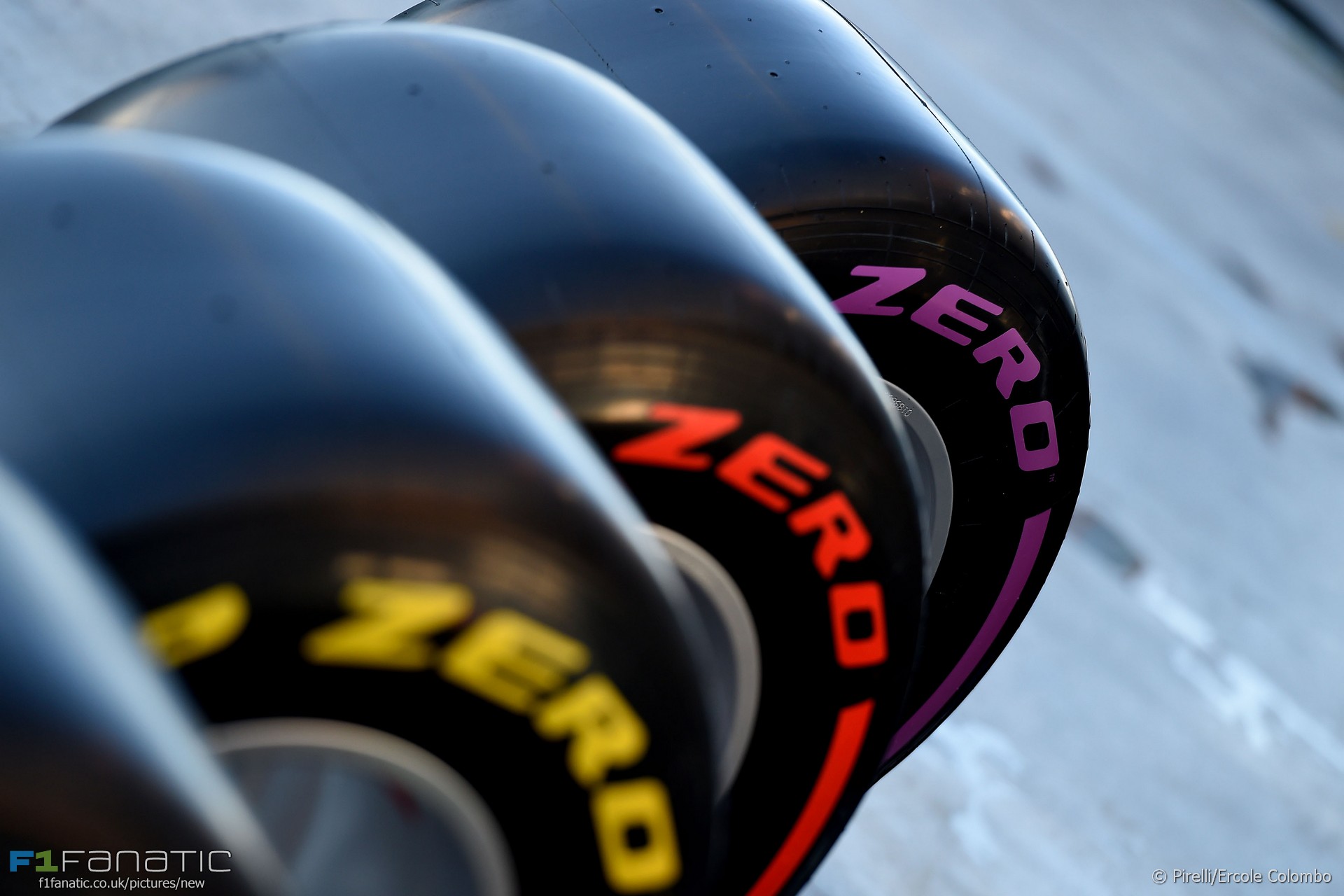 F1’s new, wider tyres for 2017 won’t be tested until next year, according to Pirelli motorsport director Paul Hembery.

Formula One’s first change in tyre specification since 2009 has been agreed for next season. But with no post-season test planned for 2016, the new rubber won’t be run until the new year.

Speaking in today’s FIA press conference Hembery confirmed the scope of the changes is “very big – not only in the physical size of the tyres but also the characteristics of the tyres, what we’re being asked to deliver.”

Pirelli will be able to conduct preliminary development of the new tyre compounds in the coming months after the FIA agreed to an increase in the number of in-season testing days for this season.

“The first phase is working with some V8 cars up until the end of July, where we’ll be working on the current tyre size and developing new concepts in terms of materials, the actual physical shape of the tyres and also the compounding, in particular. So that’s the first phase.”

However plans for further testing after the season finale have been abandoned.

“There isn’t going to be an end-of-season test this year,” Hembery confirmed. “We were originally planning to be available in November to give the product to the teams.”

“It looks likely now the first time we’re actually going to run with all the cars will be next year when they define the winter test plan. I know there’s a lot of discussion under way at the moment to decide where we go and when that’s going to happen.”

Pirelli’s new contract to continue as F1’s tyre supplier was announced at last year’s Russian Grand Prix, however Hembery confirmed they have not finished exchanging documents with Formula One Management.

“From a contractual point of view there was obviously some elements that were linked to the recent changes regarding testing,” he said, “that was essential for us.”

“But the actual terms are all agreed, we’re now in the final phase of signing the actual documents. That’s a matter of days, I would think, rather than anything else.”