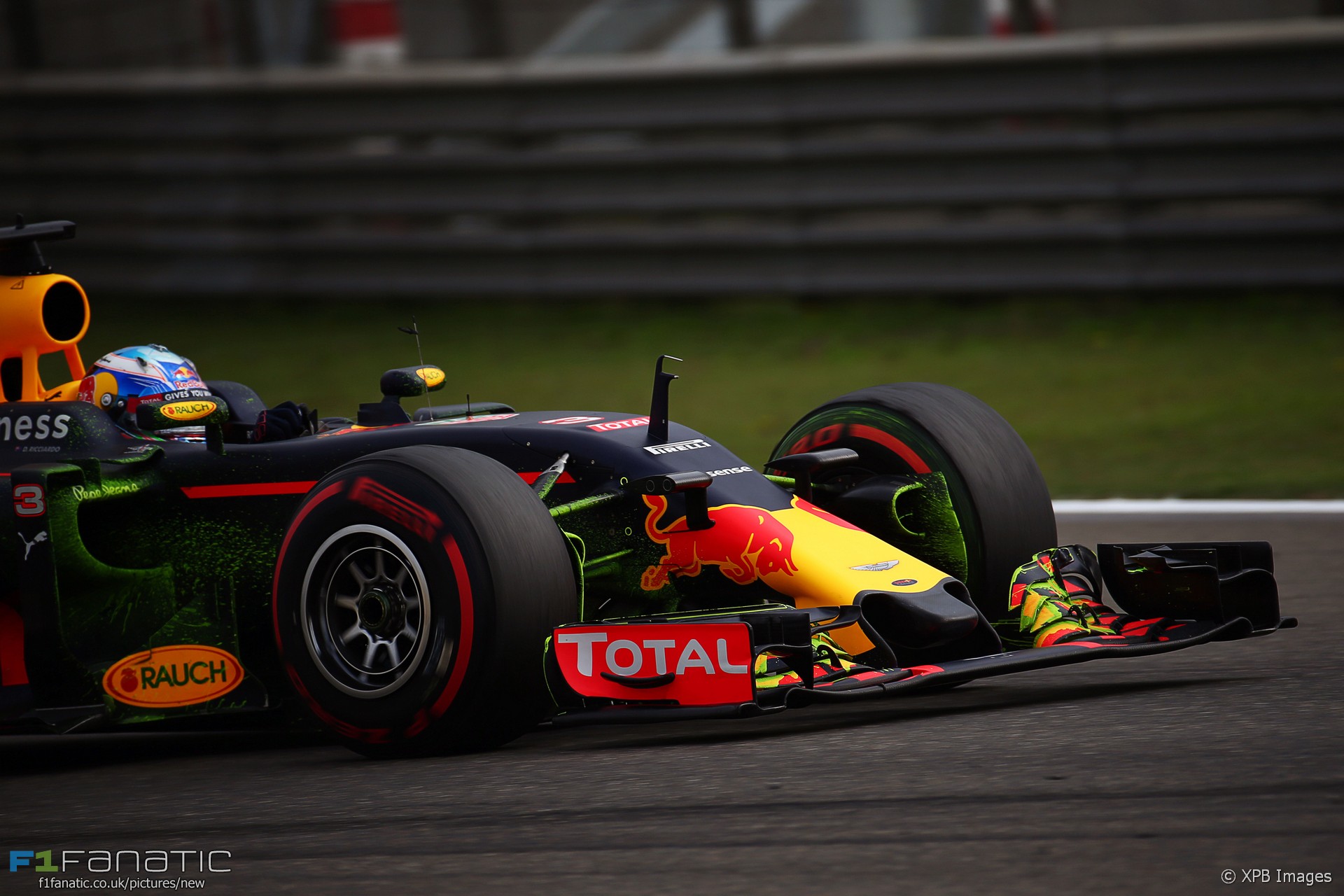 Daniel Ricciardo believes starting second on the grid is an ‘awesome’ and unexpected result for Red Bull Racing after pipping both Ferraris to the front row.

After Kimi Raikkonen and Sebastian Vettel had appeared to have threatening pace all weekend, Ricciardo surprised many by snatching second on the grid from the clutches of the Ferrari drivers at the end of Q3 – not least of all himself.

“Second’s pretty awesome! We didn’t expect this,” said Ricciardo in the post-qualifying press conference. “It didn’t seem like we were really going to be in the fight with the front few rows today.”

The Red Bull driver believes that it was the team’s management of the volatile supersoft tyre around the Shanghai Circuit that was the key to the team’s best qualifying result since Singapore last year.

“I didn’t think we started in the best position in Q1, just with the balance,” Ricciardo explained.

“In Q3, we basically found a bit more speed. The supersoft is a pretty tricky tyre to manage, to get the one lap out of it. It’s not exactly easy – it gets chewed up quite a bit as the lap goes on.

“I think just understanding that as the session went on and between me understanding a bit more what to do on track and the engineer making a few adjustments with pressures and the front wing, I think we got a good package at the end.”