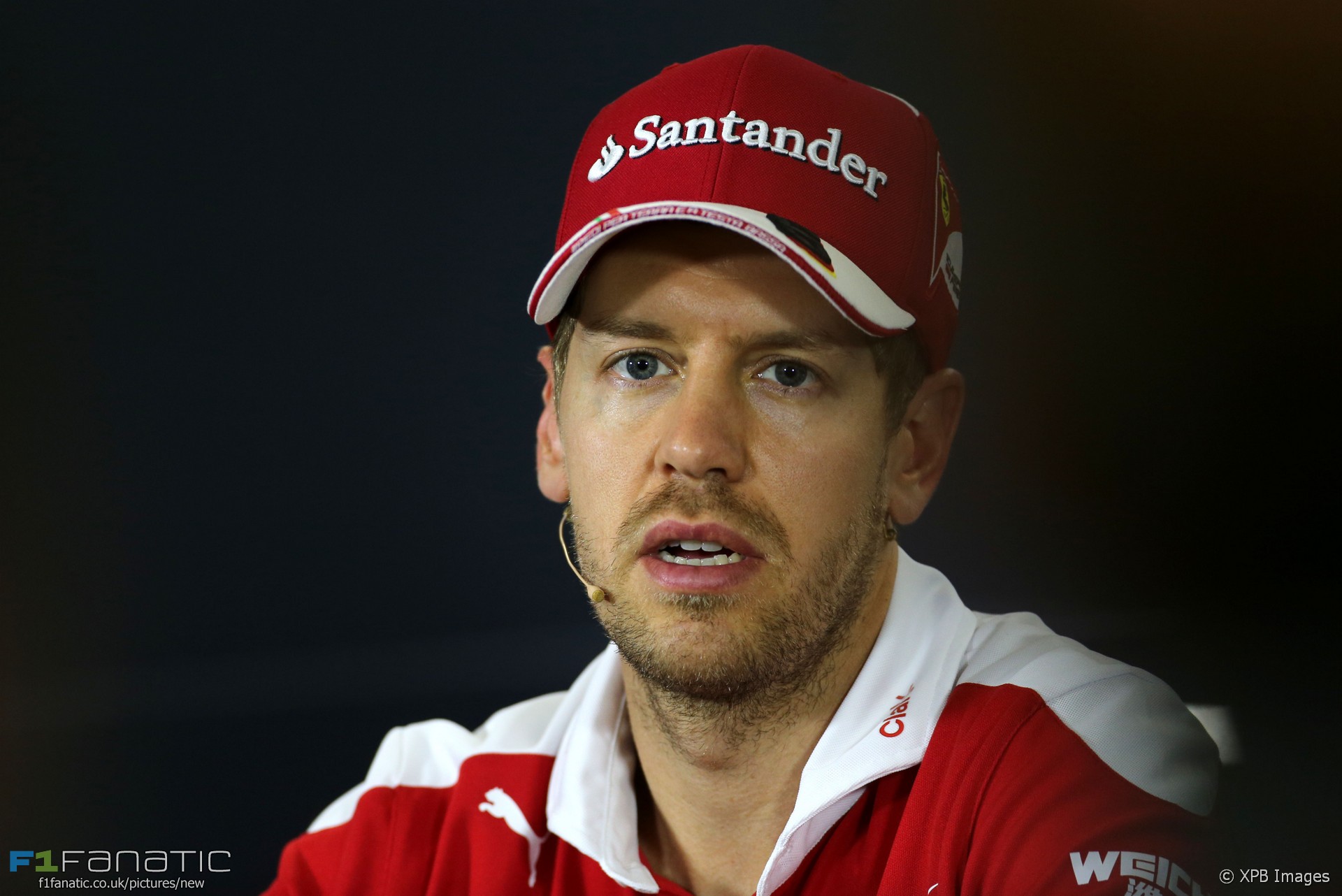 Sebastian Vettel says he would be happy to have Daniel Ricciardo as his team mate again despite being beaten by him when the pair were at Red Bull together two years ago.

Ricciardo has been linked with a potential move to Ferrari next season after world champion Alan Jones said this week the team should hire him to replace Kimi Raikkonen.

Asked in the official press conference ahead of this weekend’s race if he would welcome Ricciardo as a team mate Vettel said “I don’t mind, we never had issues”.

“I think obviously the year we had together was very good for him, not so good for me, but I think that’s one thing that happens on the track but outside the track, which I think is more important when you talk about your team mate. Whether you get along or not we never had, at least I don’t remember… it’s a bit weird when it gets strange.”

During the press conference Vettel joked with Ricciardo he “will not dance with you in the pit lane”, as Ricciardo did with current team mate Daniil Kvyat during the rain delay at last year’s United States Grand Prix.

Ricciardo would not be drawn on whether he might switch teams for 2017. “To give you a boring answer but an honest answer is that I’m just completely focused on this year now and with Red Bull,” he said. “That’s where it stands.”

“I’m not exactly out of contract either so don’t get too excited.”