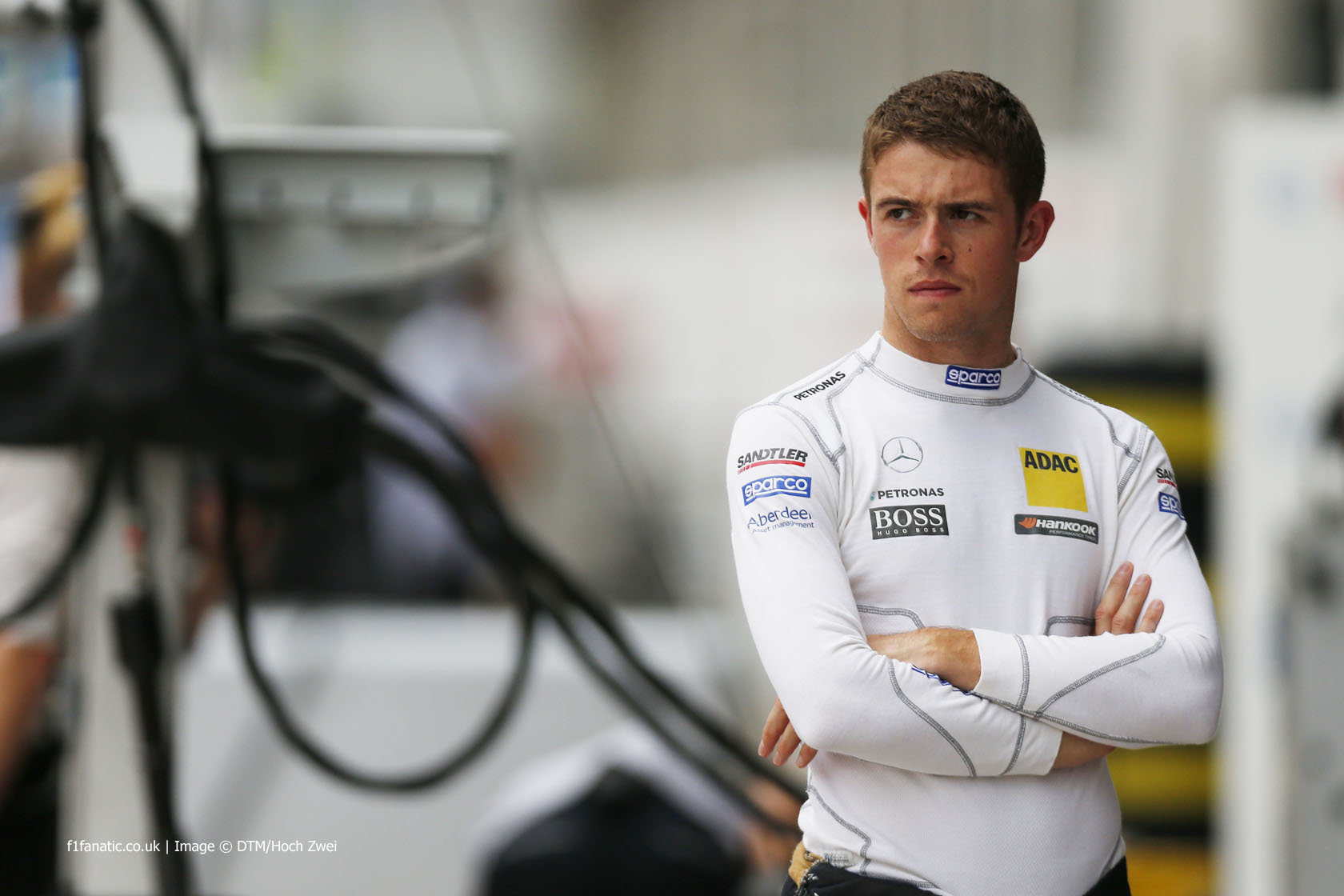 Williams has confirmed Paul di Resta will return to F1 as their reserve driver, three years after he left the sport.

Di Resta will be on standby throughout the season to take over from Felipe Massa or Valtteri Bottas if needed.

“Having competed in 58 Formula One races throughout his career Paul’s racing knowledge will be invaluable,” said deputy team principal Claire Williams. “We are also confident that given his recent Formula One and current DTM experience Paul will be able to confidently step into the FW38 and assist with our 2016 campaign.”

The 29-year-old raced for Force India between 2011 and 2013, peaking with fourth place in the 2012 Singapore Grand Prix and 2013 Bahrain Grand Prix. However at the end of 2013 he and team mate Adrian Sutil were dropped by the team to make way for their current line-up.

Di Resta returned to the DTM with Mercedes, who he won the championship for in 2010. He will continue to race in the series this year while also attending F1 races in his new role.

“It will be a busy year combining both driving in DTM with Mercedes AMG and attending the Formula One Grands Prix in my new reserve driver role,” said Di Resta. “I will be giving my full support to both.”

See the updated list of 2016 F1 drivers and teams