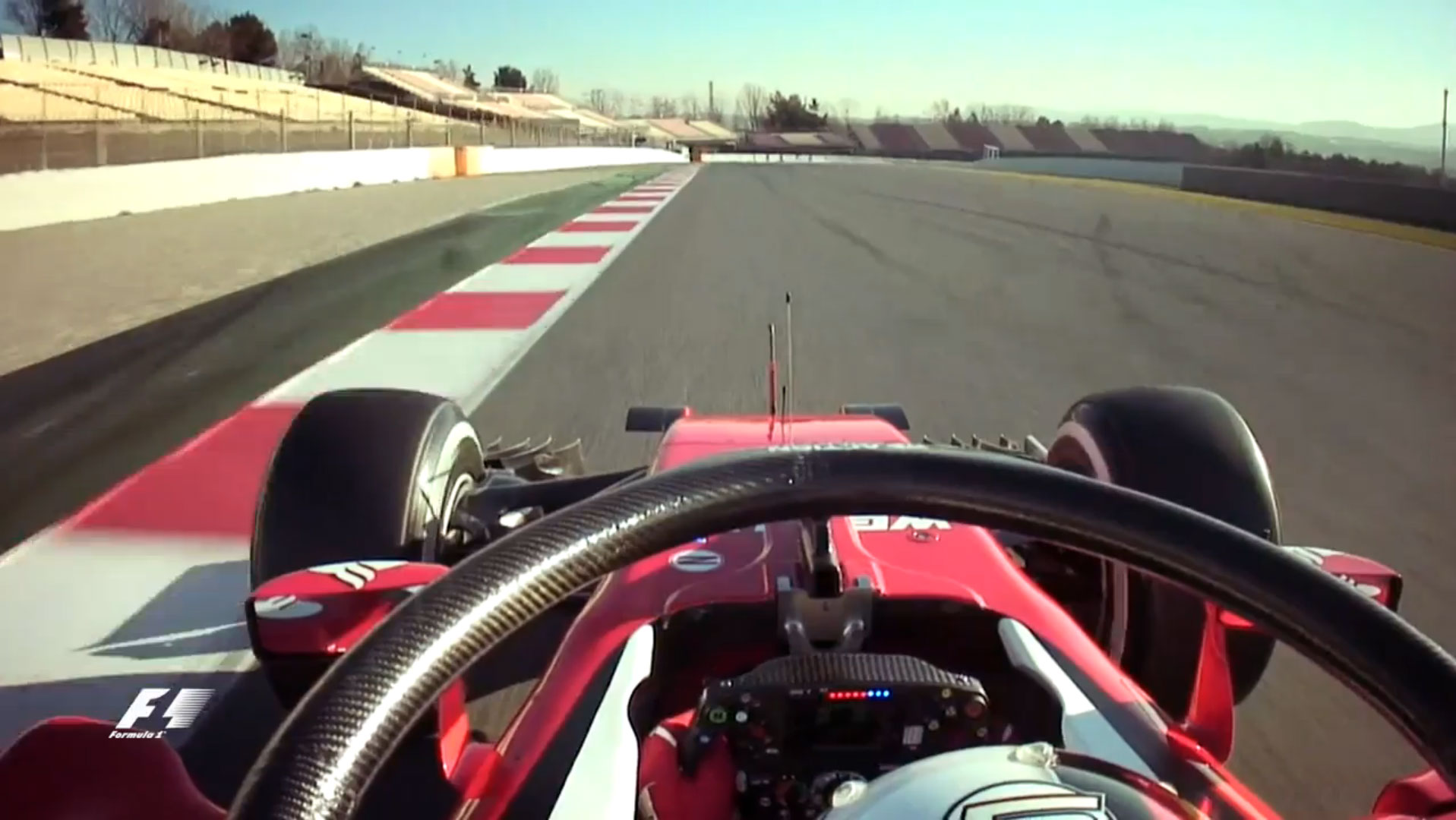 Formula One Management has revealed for the first time how the Halo head protection system would change onboard camera views.

A video published on the official F1 website shows Sebastian Vettel driving with the device fitted to his Ferrari during this morning’s test session at the Circuit de Catalunya.

Vettel is the second driver to sample to device after team mate Kimi Raikkonen gave the Halo its debut yesterday.

The Halo has received mixed responses from drivers. Lewis Hamilton and Nico Hulkenberg have criticised the change, but Nico Rosberg supported the move.

Raikkonen said the increased head protection did not cause a significant problem in terms of visibility. The onboard camera is mounted well above the driver’s eyeline, which lies below the hoop which forms the majority of the structure.

According to FOM the version of Halo tested by the team is “Ferrari’s own interpretation of the Halo design” and “is by no means the finished article”. It noted the finished version will feature “a hinge for easier driver extraction” in the event of an accident.

The FIA has indicated it intends to introduce the Halo device next year.

107 comments on “FOM reveals first onboard video of Halo”