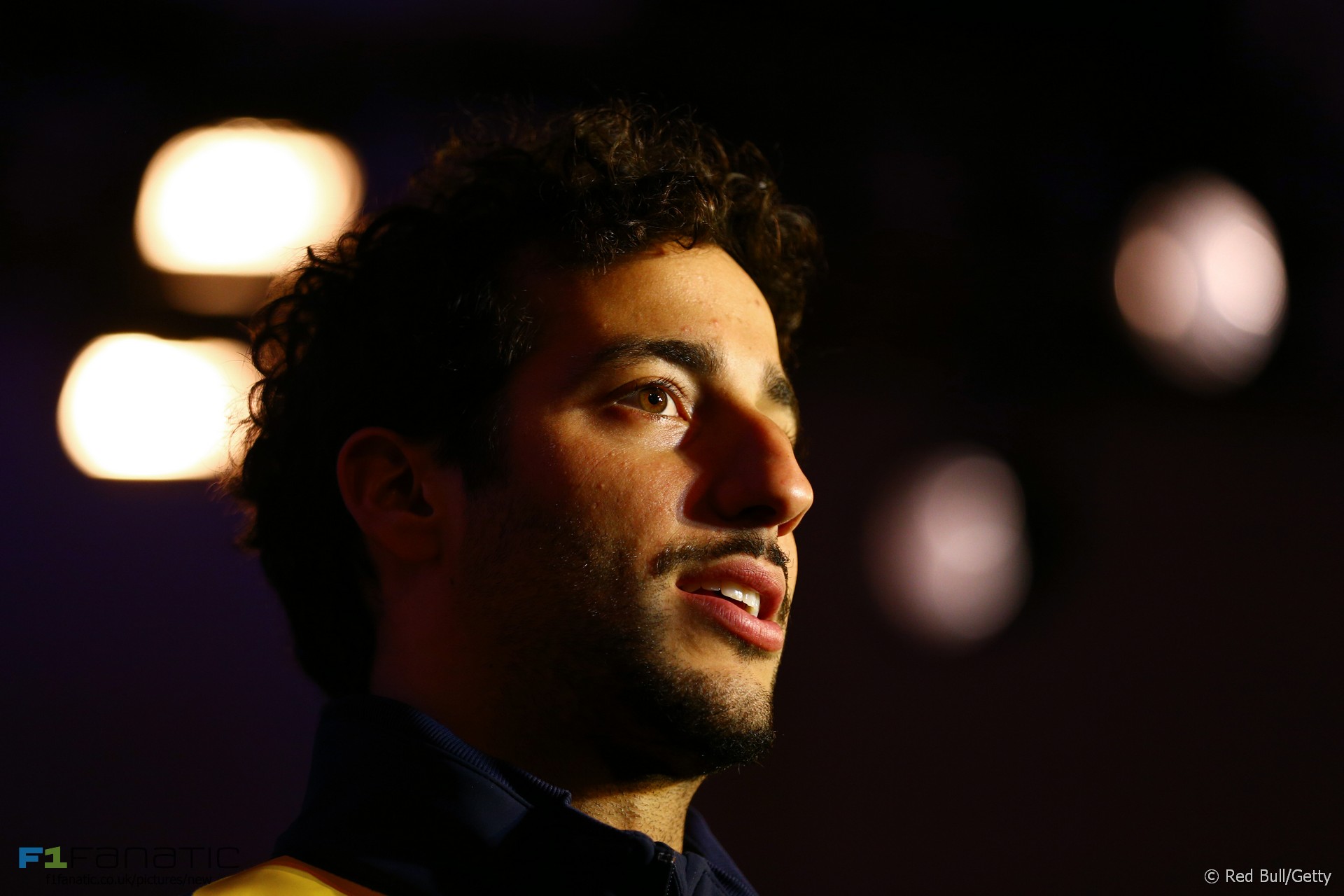 Speaking at the launch of the team’s new livery yesterday, Ricciardo said he is expecting to see gains from the team’s TAG Heuer-branded Renault engine when the European phase of the championship begins.

“The last six months of 2015 was really good,” said Ricciardo. “The car came a long way and we made the step we needed to. Especially heading into this year I think it’s given us the right platform to now start the season.”

“I think the first four race we’ll see where we are but I think probably once we get into Europe, not only from the car but I think from the engine we should be able to start to make some gains.”

“If we don’t start off in the top five, top six in the first few races I think coming into Europe we’ll definitely have a better change to get there. If we haven’t got a podium up until that stage then hopefully then it starts being more realistic for us.”

Ricciardo also gave his backing to F1’s new tyre rules for 2016, which he expects will create more strategic interest.

“With the tyre stuff they’re doing this year, we’ve got the choice to choose an extra tyre for the weekend, I hope it can vary a few things,” he said.

“I don’t think everyone’s necessarily going to always choose the softer compound so it could be interesting. A bit more strategy involved, a bit more thought coming into the races, planning ahead. Just another thing that could spice up the sport which should be good.”