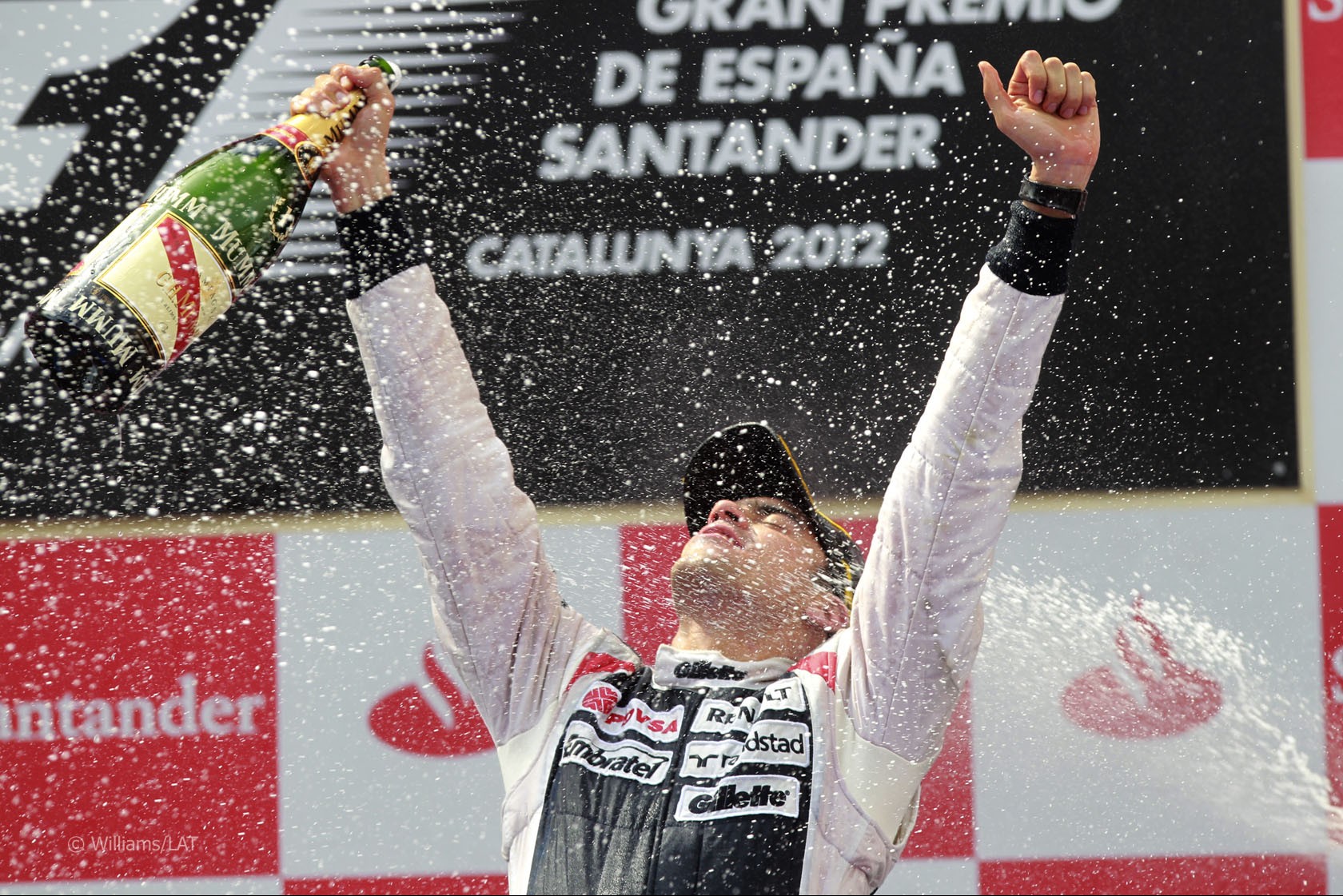 Pastor Maldonado has announced his departure Formula One five years after making his debut as a Williams driver.

Maldonado arrived in F1 as the reigning GP2 champion but found the going difficult in his first season in an uncompetitive car alongside the experienced Rubens Barrichello.

For 2012 Barrichello was gone making Maldonado the de facto team leader, partnered by Bruno Senna. The FW34 proved a much more competitive car and Maldonado scored a shock win in the Spanish Grand Prix, the first victory for Williams since 2004, after a race-long battle with Fernando Alonso. He also ran strongly in Singapore until his car failed.

However on other occasions Maldonado seemed out of his depth racing with F1’s front-runners. He was involved in several crashes and a series of other incidents which earned him ten penalties over the course of the year, and a further sanction at the final race weekend for being the first driver to collect three reprimands over a season.

Frequent appearances before the stewards remained a habit Maldonado failed to shake over the next three years. The 2013 saw a return to scrapping for the minor points as Williams lost their way again, and an off-season switch to Lotus proved ill-timed as the team’s 2014 challenger proved hopelessly uncompetitive.

Matters improved in 2015, though Maldonado’s sizeable support from PDVSA was not enough to keep the team out of financial trouble. In the meantime he was being regularly beaten by Romain Grosjean. Maldonado’s backing probably would have been enough to keep him in the squad as they turned into Renault for the new season, but as Venezuela’s political problems worsened and the revenues from their critical oil industry dwindled, the writing was on the wall for the country’s third F1 driver.

Maldonado achieved the distinction of being the only Venezuelan driver so far to win a race, but he also left a trail of wrecked machinery behind him. The gallery below captures some of the more positive memories from his five years and 95 starts as a grand prix driver.