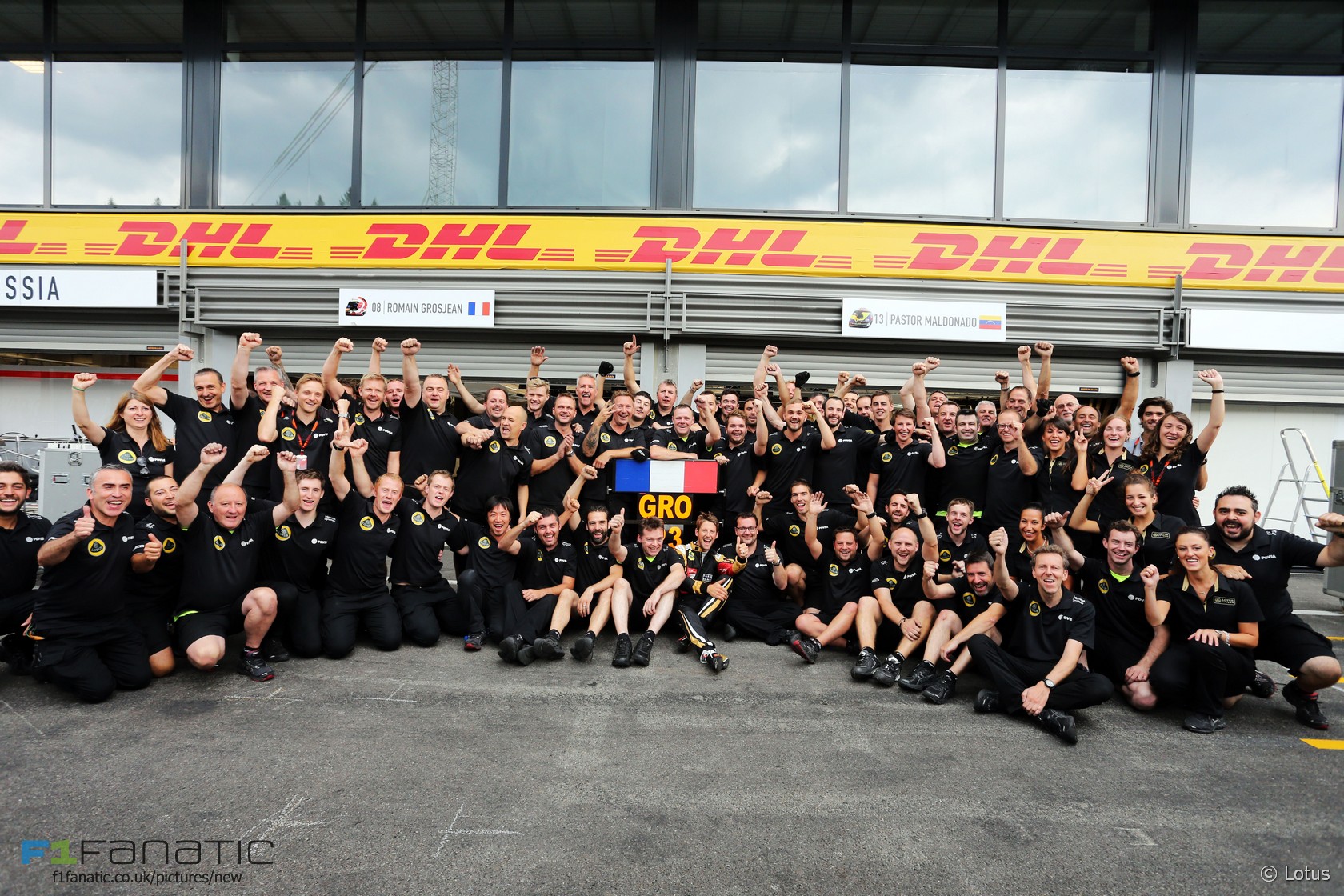 To the relief of all at the Enstone team as well as the wider F1 community, this team which can trace its lineage back to Toleman in 1981 will remain on the grid next year after Renault announced it will resume control of the outfit it ran between 2002 and 2009.

Ironically, after a dire 2014 Lotus regained respectability in this year after swapping its lacklustre Renault power units for class-leading Mercedes engines. This brought a performance and reliability boost which moved it up two places in the championship to sixth – albeit well short of the team’s stated target of fourth spot.

This was achieved with very little development being done on the E34 chassis during the season and despite a series of embarrassing financial problems in the second half of the year. A winding-up petition was brought against them in July which was ultimately only staved off when Renault declared their intention to get a deal done.

In the meantime the team suffered a string of indignities rooted in their shortage of cash: the late supply of tyres, problems gaining access to track facilities and even getting food for their employees. At one Bernie Ecclestone stepped in to pay the staff bills and sorted out their hospitality arrangements in Japan.

It seems incredible this is possible in a sport which generates billions in revenue and at present only has ten outfits to distribute it between. Unsurprisingly, the team’s management indicated they might have joined Sauber and Force India’s complaint to the EU Commission about Formula One had their ownership not been under debate at the time.

At Spa, when the full extent of their problems was becoming apparent, an inspired Romain Grosjean gave the team some much-needed cheer by clinching their best result of the season.

Having originally qualified fourth (which would have been their highest starting position) a gearbox change penalty moved him up to ninth, but he had reclaimed his original position in the closing stages when Sebastian Vettel’s tyre explosion handed him and the team their only podium finish. However the team’s CEO Matthew Carter admitted it was a “bittersweet” result at a time when the team looked in threat of missing the final races of the season as two teams had last year.

Given the circumstances it was hardly surprising that other promising results were lost to technical problems – seven in total – and a further eight came due to incidents. Out of fairness to their drivers it should be noted that they were often not responsible for these: first-lap misfortunes claimed both in Britain and Italy, and Pastor Maldonado was swiped out of the finale in Abu Dhabi by Fernando Alonso.

Renault’s decision came too late to persuade Grosjean to stay. It had a been a trying year for the team’s long-standing driver, who had given up most of his first practice sessions so it could be rented to Jolyon Palmer. Worse, he suffered the loss of his friend and compatriot Jules Bianchi. He was also deeply affected by the terrorist attack in Paris during the Brazilian Grand Prix weekend.

While pledging his immediate future to Haas – and perhaps the outside chance of a future move to Ferrari – Grosjean made clear his affection for the team which had kept the faith with his after his unsuccessful debut at the end of 2009 as Renault were making their first withdrawal from the sport.

Had Renault moved more quickly, the team might have kept the highlight of its driver roster – and spared the team a lot of grief. Better late than never.

3 comments on “Lotus cling on until Renault salvation arrives”