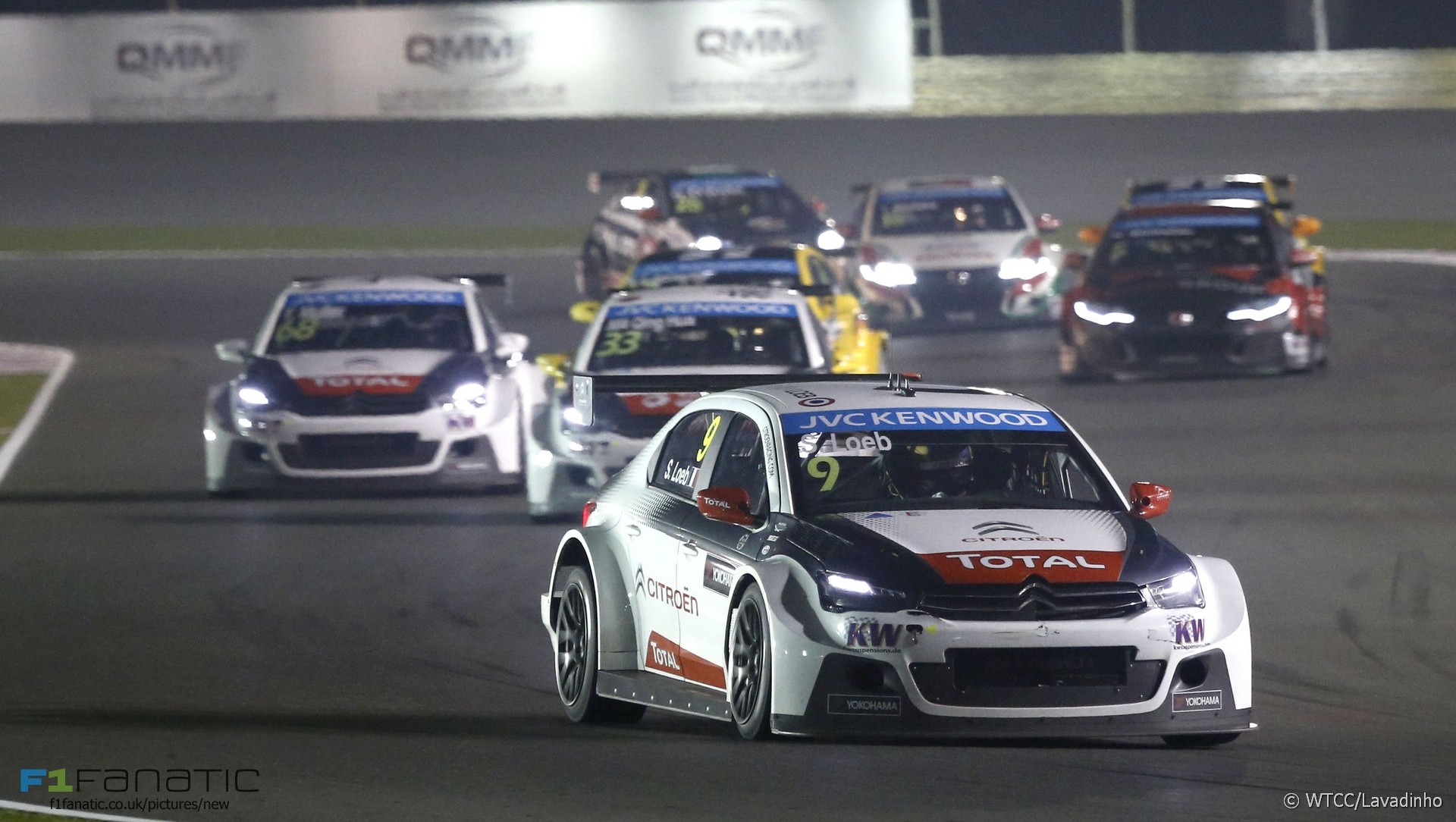 After 15 years as a works Citroen driver in both the World Rally Championship and World Touring Car Championship, Sebastian Loeb drove his final race for the French marque in the WTCC season finale in Qatar.

The final round of the FIA WTCC was held in Qatar this season, rather than the traditional finale venue of the Macau Grand Prix. Recently crowned double world champion Jose Maria Lopez dominated the first of two final races, taking a ‘grand slam’ of pole, fastest lap and victory after leading every racing lap under the lights at the Losail circuit.

The 24th and final race of the WTCC season was won by Yvan Muller – Citroen’s 21st victory of another dominant season. But it was not without some drama, as Muller inherited the lead after contact with John Filippi’s Chevrolet in turn one. The Frenchman’s victory elevated him above Loeb to second in the final championship standings,

Petter Solberg was crowned back-to-back world rallycross champion in Rosario as Argentina played host to the last round of the FIA World Rallycross Championship.

In an action-packed final race in the Supercar category, Robin Larsson took the final win of the season. Solberg had already secured his second consecutive title by virtue of qualifying for the final and finished third in what turned out to be a close and dramatic end to the season.

Valentino Rossi proved his skills on four wheels as well as two once again by winning the Monza Rally Show ahead of Thierry Neuville and Davide Blivio.

The final race of the GP2 season was abandoned in Abu Dhabi after a multi-car crash caused barrier damage at at turn three. Stoffel Vandoorne had already won the previous day’s feature race, adding yet more silverware to the champion’s collection.

Fortunately there were no such dramas in GP3 where the championship was unresolved heading into the final race. Esteban Ocon was first home in race one but a five-second penalty for running wide at the start to gain an advantage dropped him to fourth ahead of rival Luca Ghiotto. In the final encounter the title rivals made contact before the first corner as Ocon barged past on his way to take third place and the championship.

Ocon, who is backed by Mercedes, secured back-to-back single-seater titles following his success in European F3 last year, taking the GP3 crown despite only scoring one win all season to Ghiotto’s five.

Next weekend Australia’s V8 Supercars championship will be decided around the tricky Homebush street circuit in Sydney, Australia.