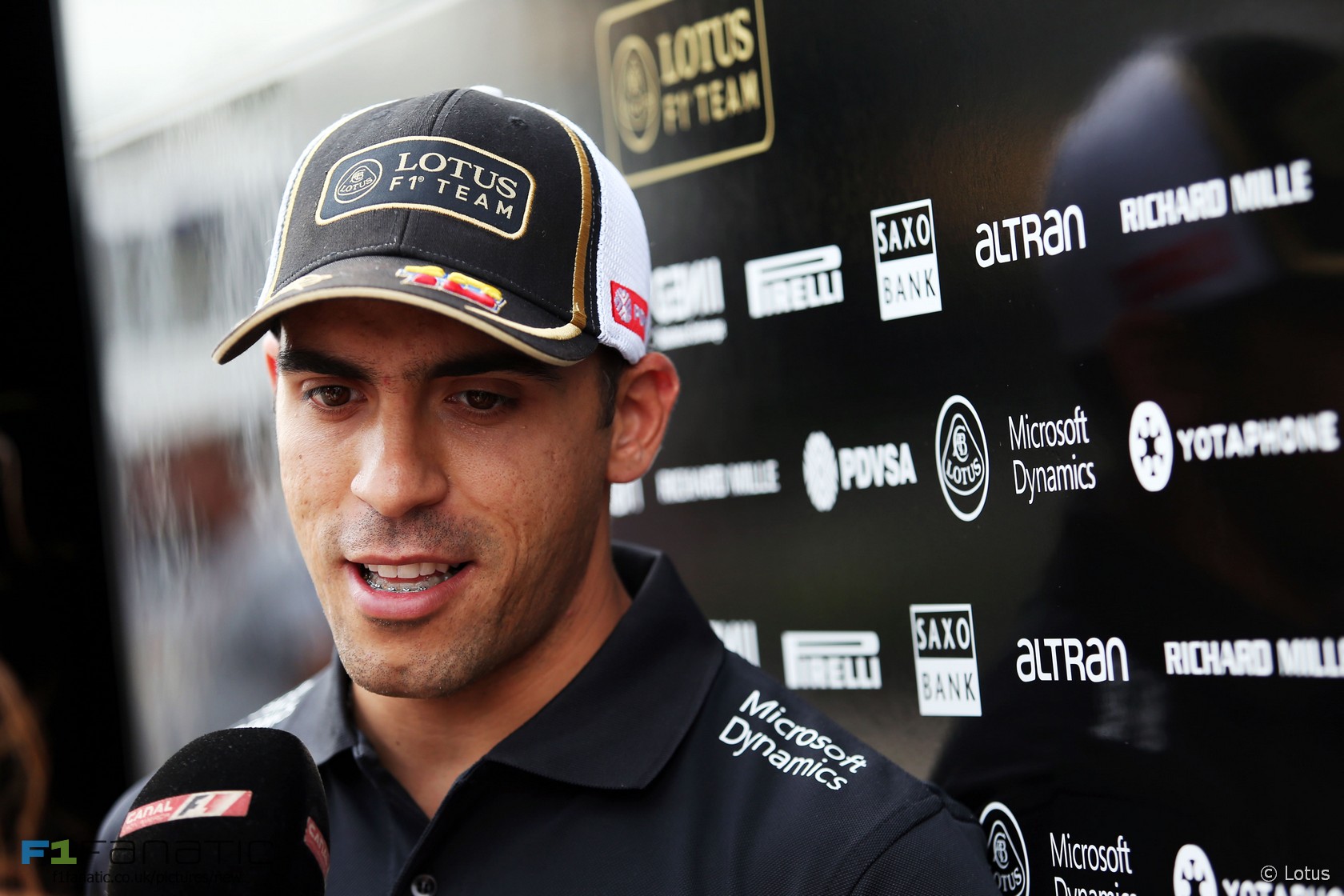 Pastor Maldonado has shrugged off blame for his collision with Marcus Ericsson during the Brazilian Grand Prix, despite being held responsible by the stewards.

The Lotus driver was given a five-second time penalty plus a penalty point on his licence for the contact, but Maldonado believes Ericsson would have done the same in his position.

“There’s a saying that rubbing’s racing,” said Maldonado. “In Formula One it sometimes feels like you get penalised for every bit of contact.”

“I went for a gap that was there – and we all want to see overtaking in Formula One – and he closed the gap whilst defending his position.”

“I saw it as a racing incident, and on a corner like turn one in Brazil the driver on the outside will usually come off worse. We spoke after the race and all’s fine between us. I think pretty much the same would have happened if positions were reversed and he had tried the same move on me.”

Maldonado’s penalty was his eighth of the year for a driving infringement, the most of any driver on the grid.

36 comments on “Ericsson contact was a racing incident – Maldonado”