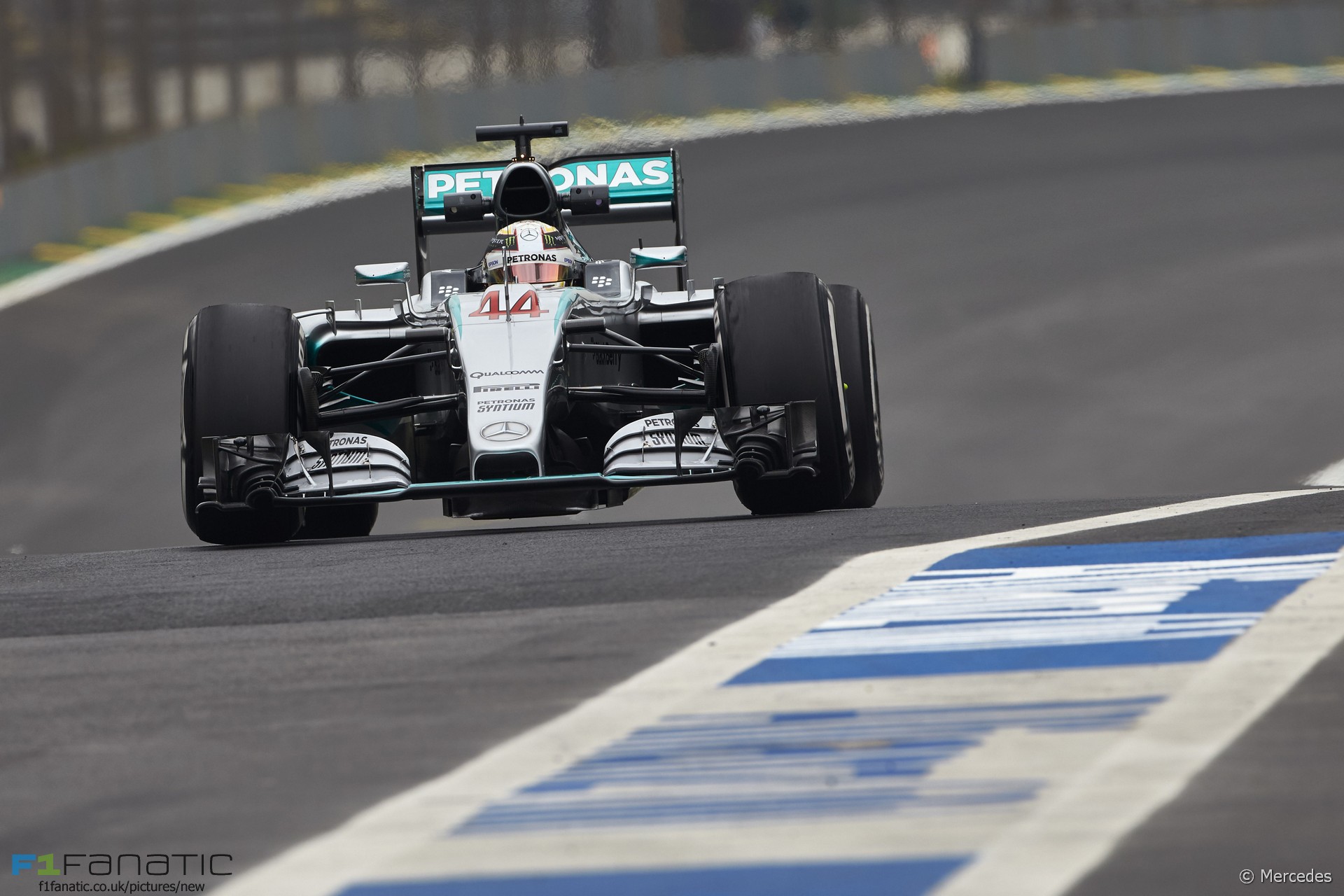 Lewis Hamilton is pessimistic about his chance of overtaking his team mate to win tomorrow’s Brazilian Grand Prix.

Hamilton was beaten to pole position by Nico Rosberg in the sister Mercedes and explained why he think it will be hard to pass his rival on the Interlagos circuit.

“It’s not actually a great track to race at. It’s hard to follow through turn 11 [Mergulho] which means you’re far away by turn 12 [Juncao] and then by the time you’ve got the DRS it’s very hard to get up close. So it’s not the easiest place to overtake, but it’s not impossible.”

“When me and Nico are within a tenth of a second of each other the most likely option is going to be at the start and pit stops. Otherwise on track it’s very unlikely if at all it will happen.”

Hamilton was in a similar situation last year but lost his chance to get ahead of Rosberg when he spun while trying to pull out a gap over his team mate during the pit stops.

“The last race here I had a good shot at trying to win the race but I lost it with a mistake that I made,” he said. “So I guess the goal tomorrow is to try to avoid that and try to get up ahead.”