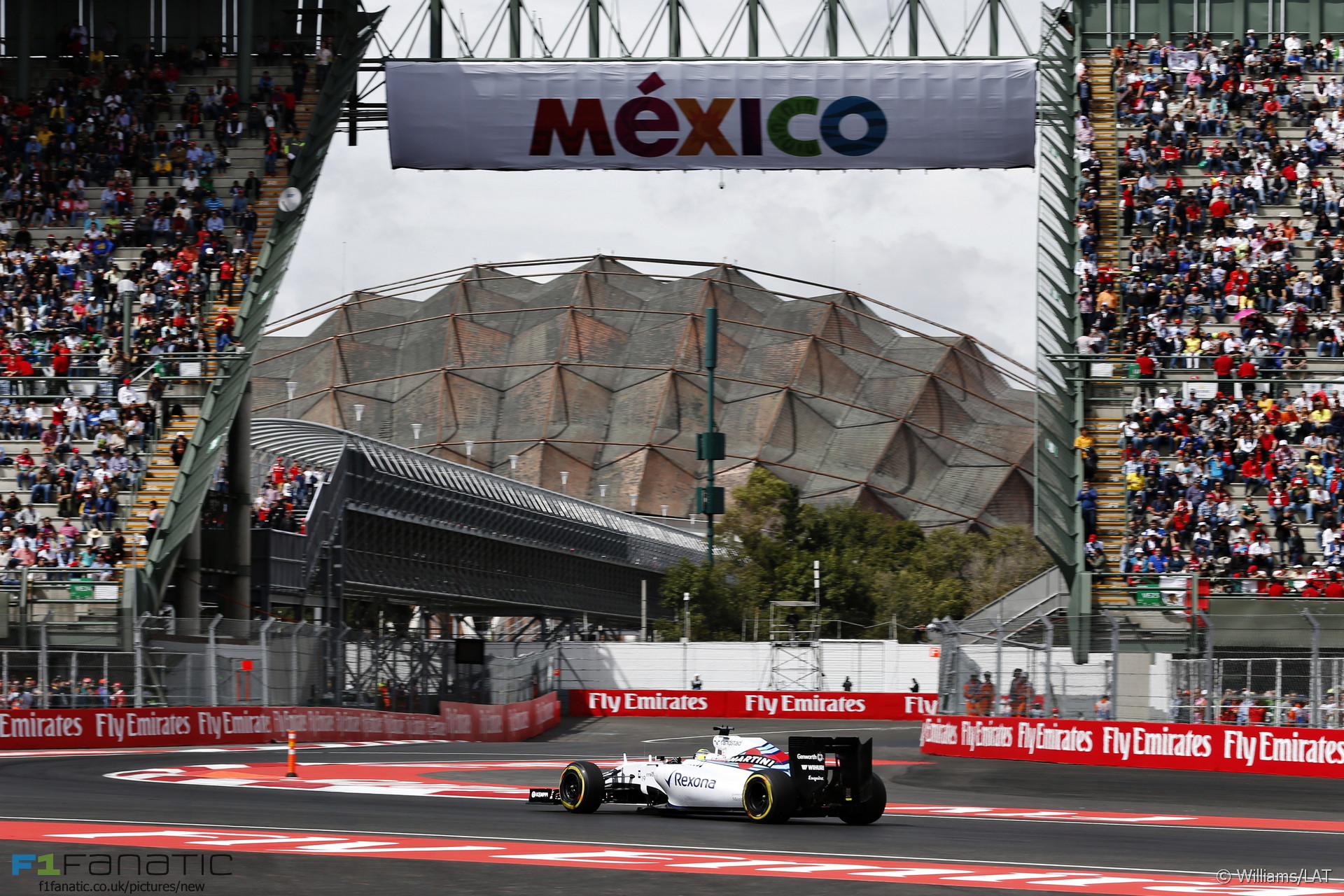 Felipe Massa says the enthusiasm for F1 seen at the last race in Mexico is exactly what the sport needs.

“It was nice to see what happened in Mexico and I think that’s what Formula One needs,” said the Williams driver in the FIA press conference ahead of this weekend’s race.

“I think everybody was really happy to be in Mexico, to race in that atmosphere, you know, people rally enjoying whatever practice, whatever time we were on the track. That’s what we need.”

“I’m sure we will see a lot of support here in Brazil, in our way, but it was very nice to be in Mexico and to see the people were supporting Formula One.”

Massa pointed out there has “always been a big enthusiasm” for F1 in Brazil as well.

“I remember most of the years that people that work in Formula One, they were always saying it is an amazing place. People are really, really excited. You can the people, the way Brazilians support the race, us as Brazilian drivers.”

There will be two Brazilian drivers on the grid this weekend as Felipe Nasr started his first race on home ground.

“I had a little taste last year with Williams in free practice one and all I can say is that I just cannot wait to see all this energy,” he said. “The atmosphere is going to be amazing here with all the fans.”

“I feel there are a lot of people following the season and especially, you know, for myself coming first time here in a circuit that has so much history, so much nice moments in the past with all the Brazilian drivers and I’m just about to begin my own.”

“If we can score a few points here it would be nice to share with everyone.”