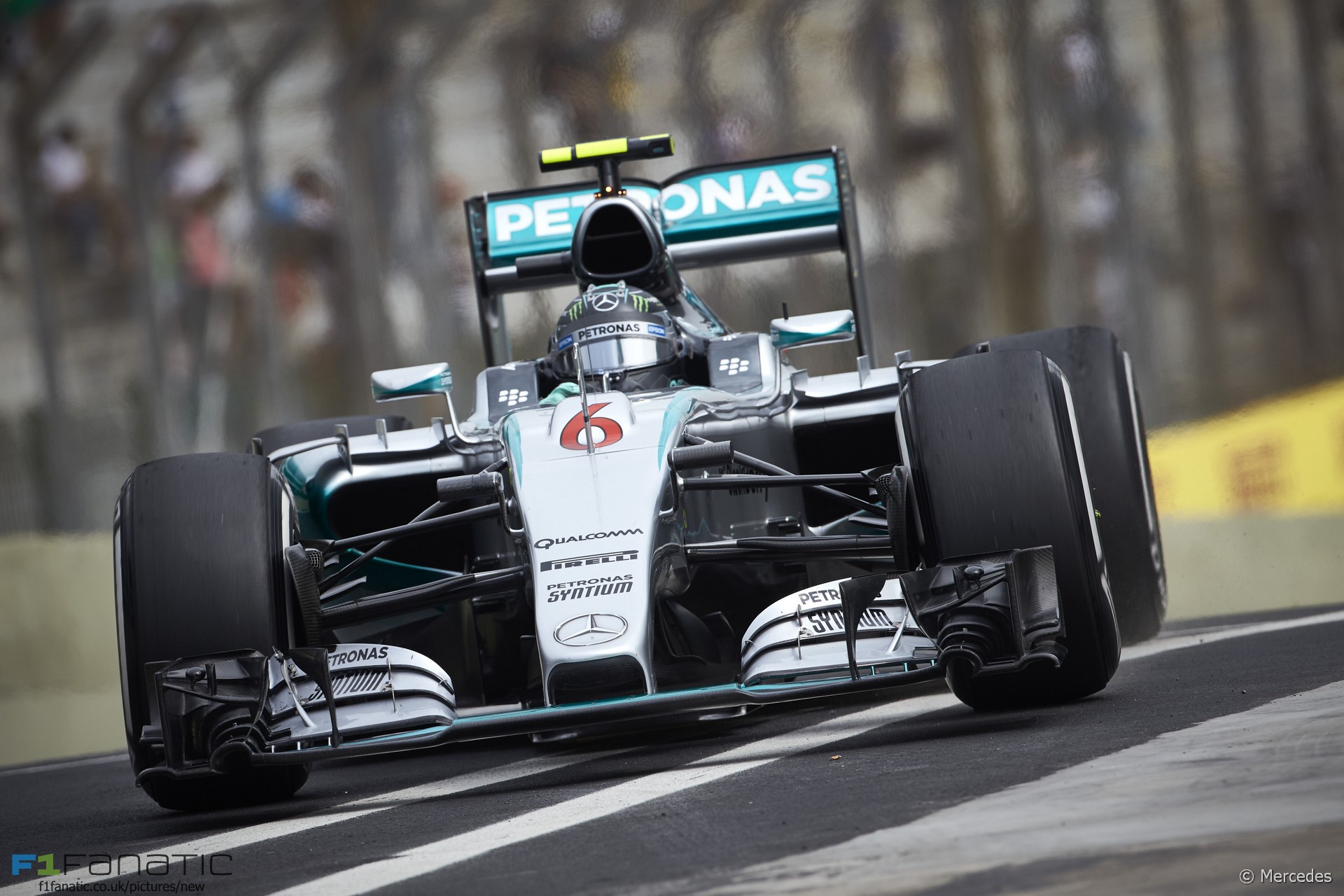 Nico Rosberg says the Interlagos track feels very different to how it did 12 months ago.

Six new 50mm high kerbs have been added at turns two [Senna S], three [Curva do Sol], four and five [Descida do Lago], eight [Laranja] and ten [Bico de Pato]. However Rosberg said it isn’t just this which have made lap times slower.

“It’s always a challenge to adapt to a new circuit and especially this one which is completely different from how it was last year,” the 2014 race winner told reporters in Brazil.

“They’ve changed the kerbs so you can’t attack them in the same way. The asphalt has broken up a lot since last year because of the sports cars that have been here some months ago. So going to those corners where the asphalt is broken up you just lose all the grip.”

Rosberg headed the second practice session today but was 0.262 seconds off the quickest lap from the same session 12 months ago, despite car performance having improved in that time. “We have to be a bit creative today,” he explained, “find new lines and new ways of attacking the corners”.

Rosberg also suggested the gap between him and Lewis Hamilton, who was 0.458s slower in second practice – was not representative.

“The gap to Lewis was definitely not the real picture, because he got his engine settings wrong so there is a big lap time in that.”