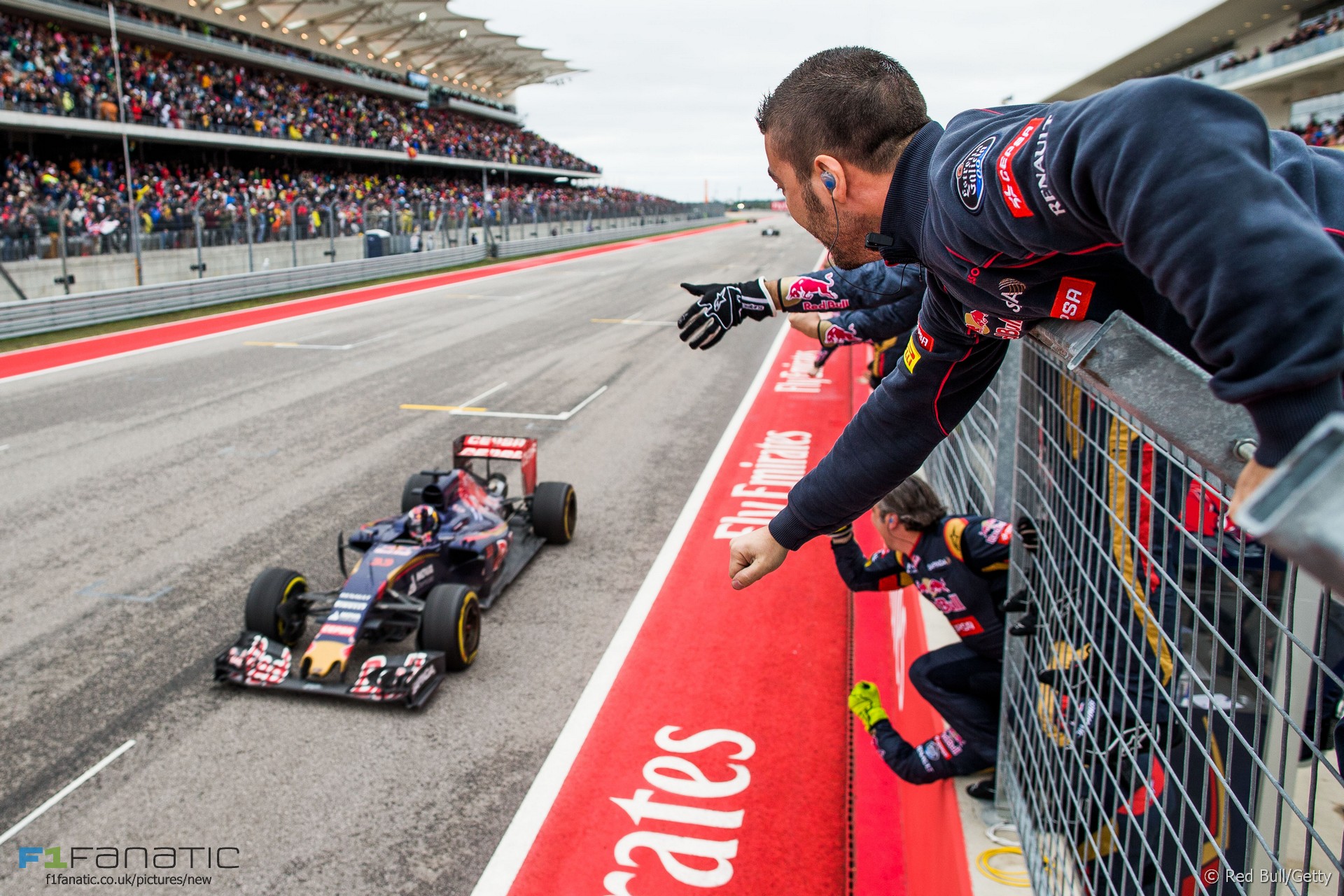 Max Verstappen and Nico Rosberg took their second Driver of the Weekend poll victories in the last two race weekends.

Rosberg’s Mexican Grand Prix victory earned him his first Driver of the Weekend accolade since May, while Verstappen’s efforts in the USA saw him top the poll for the second time in three races.

With practice almost entirely washed out, qualifying was challenging for all the drivers, none more so than those who had never raced at the circuit before. Verstappen, unlike team mate Carlos Sainz Jnr, he had previous experience of dry conditions thanks to a run in first practice last year. But it was the wet weather running in practice that helped him tenth on the grid in qualifying as Sainz spun off.

After scrapping with the Ferraris – keeping Kimi Raikkonen at bay while making an unsuccessful attempt to get ahead of Sebastian Vettel – a long final stint enabled Verstappen to equal his best finishing position of the year so far.

At the final restart Verstappen occupied third place, but he was never likely to keep Vettel’s fresh-tyred Ferrari behind him. Despite losing out to Vettel he managed to extend the gap to those behind, and secure a well deserved fourth place.

As with his previous Driver of the Weekend triumph following the Japanese Grand Prix, several other drivers were in the running and Verstappen won with a fairly low percentage of the vote: just 37.6%. But many were full of praise for the youngsters clean and calm drive to fourth.

Verstappen, third stint 28 laps on his tyres. Good achievement in general but then also managing to get fourth on these tyres. Driver of the Weekend material I say.
@mayrton

Didn’t have any sensible running in final practice, but ran high in Q1 and Q2 to end up eighth on the grid. Finished fourth, perhaps with some ‘luck’ from Safety Cars, but as always, those conditions are the same for everyone.
@npf1

Race winner and world champion Lewis Hamilton also scored highly, as did Sebastian Vettel following his impressive recovery drive from fourteenth on the grid to take the final podium spot.

Vettel had a great recovery drive after his engine penalty to earn a podium and at one stage it looked as if he may even challenge Rosberg for second.
@pja

Jenson Button was another driver to receive plaudits after his best result of the season, while Nico Rosberg scored just half a dozen votes.

Voted for Jenson Button. Made that McTractor look pretty good and beat Alonso with the upgraded (failing) engine. Probably the first time all season both McLarens have actually looked racy on pure pace.
@rocketpanda

Despite trouble with overheating brakes in the first practice session, Rosberg mastered the slippery track and was leading the way after the first day of running at the overhauled circuit.

He sustained that pace into qualifying, and though Hamilton pushed him close in Q2 Rosberg had the edge when it mattered. Rosberg took his fourth pole in a row, and also held onto his lead on the opening lap for the first time since Spain – as he did the last time he won Driver of the Weekend.

From then on Rosberg drove a seemingly faultless race and never really looked under threat from his team mate behind. He might have been vulnerable at the second pit stops when his team mate clearly did not want to come in for a second time. Hamilton could have forced the issue but was persuaded by his race engineer to stick to the same strategy as Rosberg.

Despite fresh pressure from Hamilton after a late Safety Car period, Rosberg ran out the winner and with more than half of your votes was comfortably named Driver of the Weekend.

Finally got the chance to prove he’s able to hold Hamilton back.
@keeleyobsessed

Didn’t allow himself to be intimidated by hi team mate and saw off his challenges.

Really good drive and hopefully will give him more confidence for 2016.
@dbradock

The two drivers in contention for the third spot on the podium – Daniil Kvyat and Valtteri Bottas – were also highly rated.

Kvyat – robbed of a podium by Mercedes power and tyre choice that made him exceedingly vulnerable at the restart. He may have only enjoyed a thousandth of a second advantage over his team mate in qualifying, but in the race he looked to enjoy a far more comfortable margin in what was, for the most part, going to be a sublime drive to a podium.
@william-brierty

I always think media say he is greater than what I think he really is, this weekend he was undoubtedly with the best pace excluding Mercedes’ cars.
Vinicius (@v27racing)

For the first time in six years neither Ferrari driver saw the chequered flag. Despite poor races for both drivers they managed to pick up a handful of votes – though no one seemed willing to admit to it:

Vettel. Stand-out performance – have never see him drive like this before.

2015 Driver of the Weekend winners