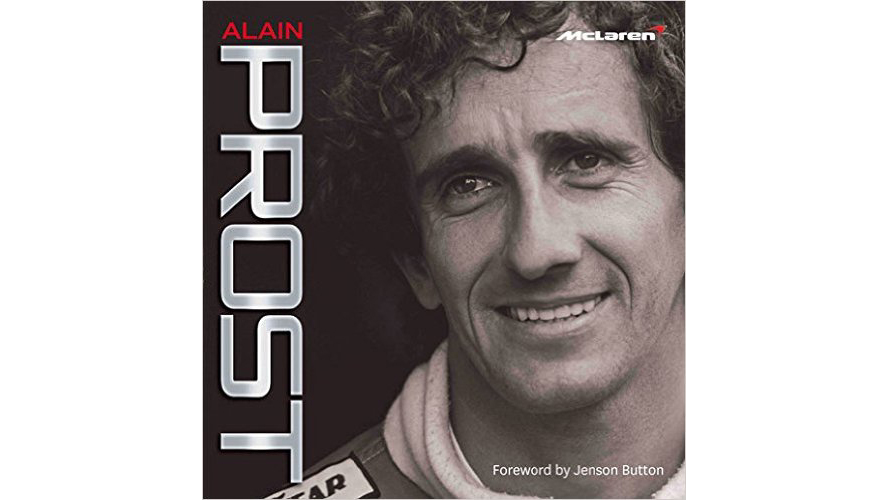 A quick glance at the F1 Fanatic book reviews index reveals title on Alain Prost are outnumbered by those on his bitter rival Ayrton Senna by seven to one – and I’m certain there are far more Senna books out there I haven’t read than Prost ones.

But here comes McLaren to redress the balance. Well, not really, as they put out a book on Senna 12 months ago. But as I’ve written more than once after trudging through endless works on Senna of varying quality, his worthy adversary was due some more attention from biographers.

McLaren’s driver profiles are evidently being produced to similar specifications. Like the Senna book, the Prost profile is written by top Formula One scribe Maurice Hamilton (author of many must-read F1 titles) to a familiar format. This is longer, however, by some 70 pages.

This must have been a challenging brief to write. Not so much because McLaren has published a book about a driver who severed ties with on less than amicable terms 26 years ago – after all Prost tested for McLaren with a view to making a comeback in 1994 – but because of the overlap with the Senna book and the need to portray both sides of a sharply divided story.

In places this leads to some duplication – owners of the Senna book will spot a few familiar quotes. In other parts – especially Suzuka 1989 – the version of events is noticeably more ‘Prost-friendly’.

But I would argue this actually doesn’t matter very much. There is little new to be said about these controversies unless Prost is about to change his explanation of that day in Japan, and as he is still claiming “it was not in my interest to make a crash”, that is clearly not the case.

The real interest in a book like this is the lesser-known parts of Prost’s back story, and of that there is much great insight to be found which I am not going to spoil. Arguably the most interesting part of the book concerns Prost’s often-overlooked first stint at McLaren when he arrived in F1 in 1980, and the sharp constrast between Teddy Maher’s underperforming outfit and the championship-winning machine Ron Dennis had turned it into by the mid-eighties.

The biggest disappointment of the book is how Prost’s final spell in Formula One, as boss of his own team between 1997 and 2001, is almost completely overlooked. So are many other details of Prost’s post-F1 career, including his successful foray into ice racing, his work with Renault and involvement in the career of son Nicolas.

I have a few minor quibbles too. As with the Senna book, I still find the style of using chunky quotes to break up sequences of text makes for a jarring read. There is also an odd section about the Senna film , in which on the word of at least one person who admits not having seen it, we are expected to be persuaded it was a hatchet job on Prost (when Jean-Marie Balestre was clearly the true villain of the piece).

However the interest to be found here more than makes up for this, as does the rich illustration which has become a trademark of these McLaren books. We’ve been waiting years for a quality book on Prost, and finally we’ve got one.