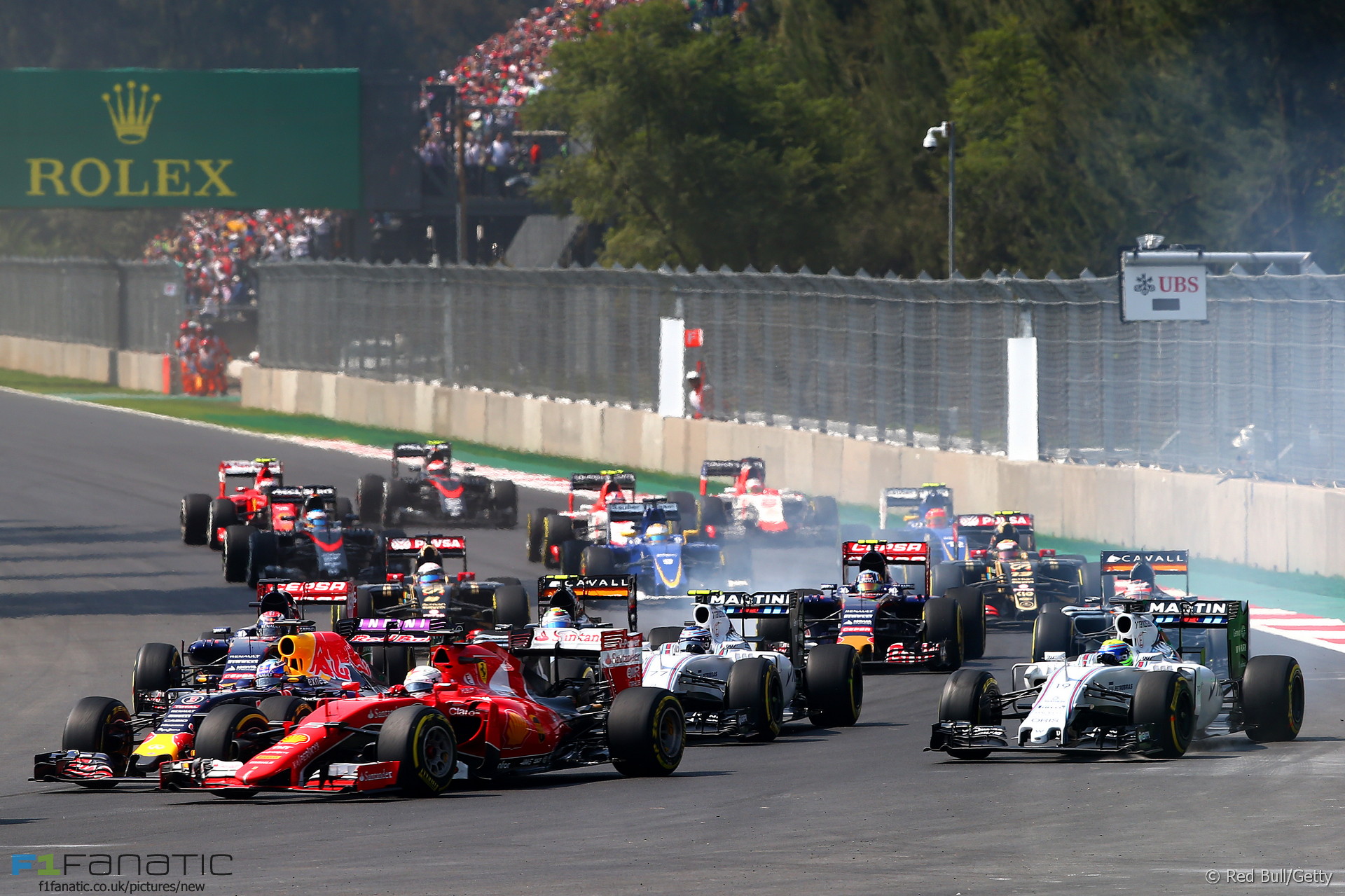 Sebastian Vettel says Daniel Ricciardo wasn’t going to achieve anything by trying to make a move on him at the start of the Mexican Grand Prix.

The pair made contact leaving Vettel with a puncture which ruined the Ferrari driver’s race.

“It’s turn one, it’s the start of the race, closing the door… I mean he was never really next to me.” Vettel told reporters after the race. “And then I saw him in the last second and I opened so just his nose… but by then it was too late.”

“I’m sure that this kind of stuff you can’t do it on purpose so I’m not blaming him but in the end where did he want to go? No room.”

“But we’re all trying our best. Obviously it’s a pain but when it hits you, obviously in turn one but that’s how it is.”

Ricciardo admitted he wasn’t expecting to pass the Ferrari but presumed Vettel would leave him more space on the first lap of the race.

“I was just there, I wasn’t necessarily making a move or anything,” said Ricciardo, “but at the start you’re all bunched up, I was just there on the inside, I didn’t feel I could go anywhere else and he just basically took the apex as if I wasn’t there.”

“I don’t really know what else I could have done.”

The stewards ruled that “no driver was wholly or predominately to blame for the collision”.