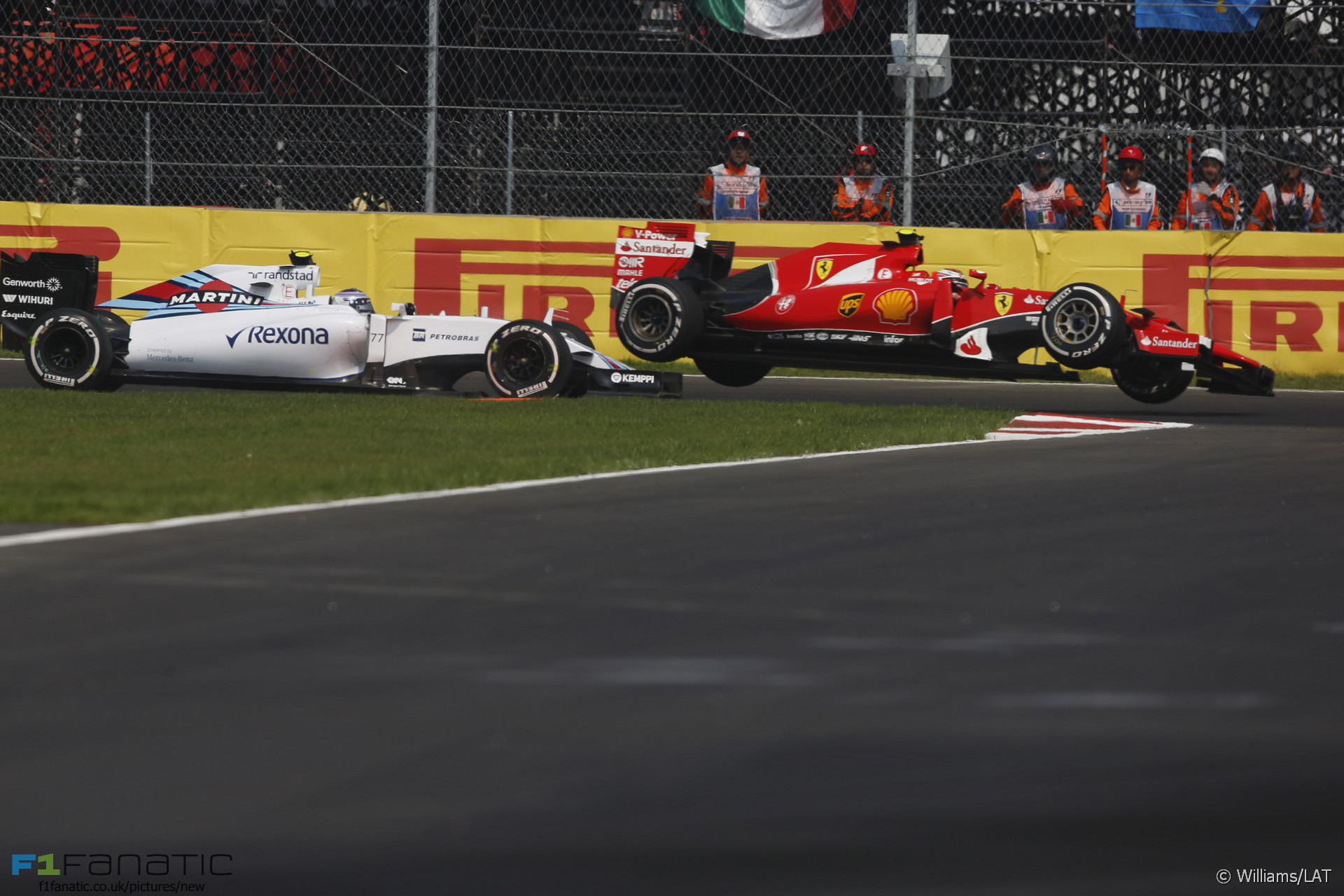 Valtteri Bottas believes Kimi Raikkonen was well aware his Williams was alongside when the pair collided in turn five during the Mexican Grand Prix.

The contact forced Raikkonen out of the race. It is the second time the pair have tangled in three races: in Russia Raikkonen was penalised after taking Bottas out on the final lap.

Afterwards Bottas told reporters he had not handled the situation different because the pair had collided before.

“No matter who there would have been I would have tried the same because I saw a real opportunity there,” he said, “and normally in this kind of situation there is space for two cars in that kind of corner.”

“Especially if the car outside knows that there’s one inside,” he added, “so it’s a shame it ended like that.”

“For sure he saw me,” said Bottas when asked if he though Raikkonen knew where he was. “We were side-by-side in turn four so I’m sure he knew I was there. I can’t fly over the car, so…”

“It’s just unlucky that it was me and him again,” Bottas added. “There’s nothing personal and it didn’t have to end up like this.”

Bottas went on to finish on the podium and neither driver was penalised for the collision. Raikkonen played it down afterwards: “We touched and I lost the wheel and I end the race but that’s life and it doesn’t change anything now,” he said.

“I haven’t seen the pictures but the end result wasn’t ideal for me.”

40 comments on “Bottas: Raikkonen knew I was there”