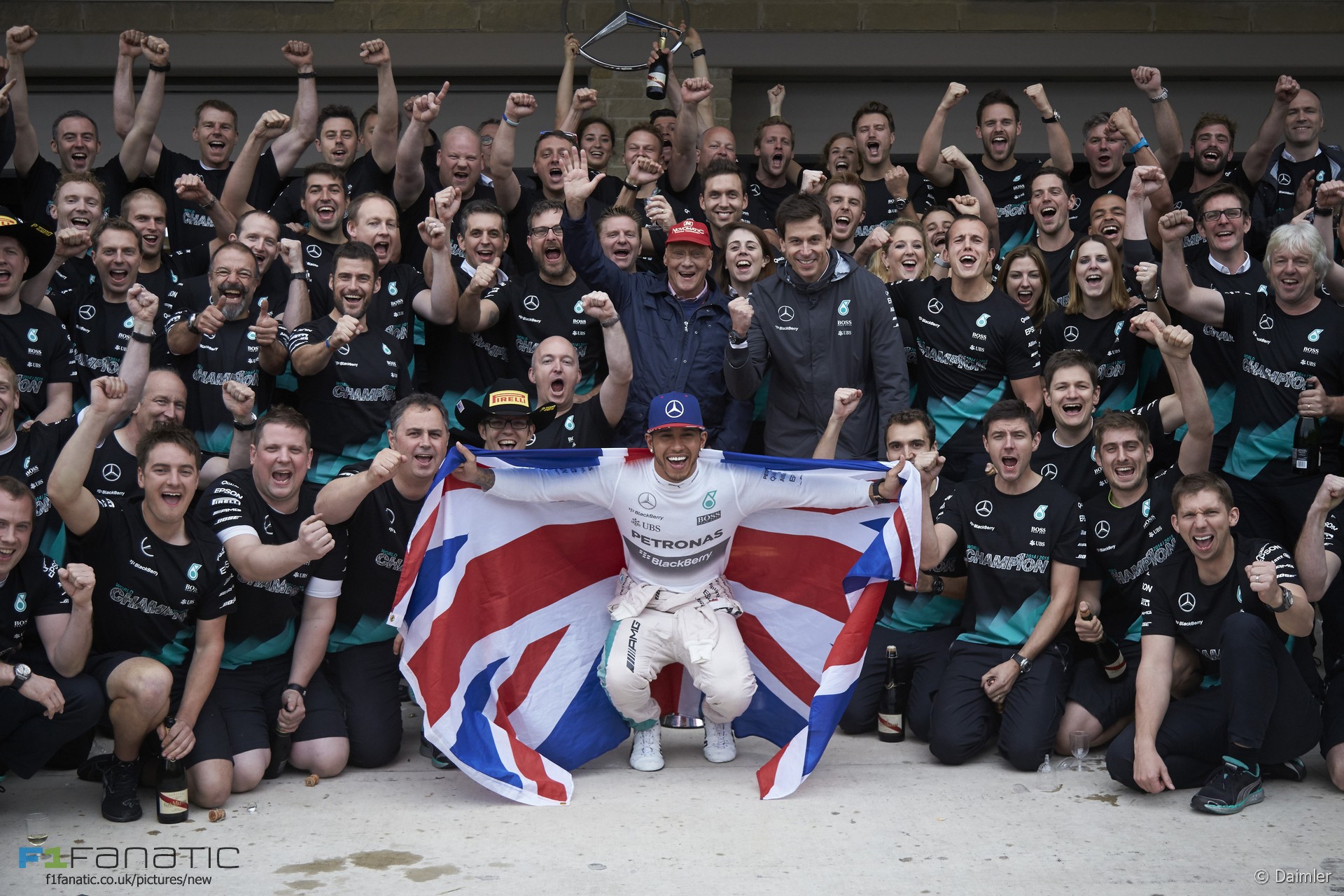 Lewis Hamilton blazed a trail of success early in his F1 career. But it seemed he might remain a one-off champion until he arrived at Mercedes, who soon supplied him with the instruments to become an undisputed great.

Recall those stunning early races in 2007 when the scale of the new talent we were witnessing was coming into focus. That audacious start in Australia, sweeping around Robert Kubica and the sister McLaren of Fernando Alonso. Dispensing with both Ferraris at the start of his second race. The astonishing feat of a rookie driver beginning his F1 career with nine consecutive podium finishes – something his rivals in similarly competitive cars failed to equal.

By mid-2007 it seemed Hamilton couldn’t put a wheel wrong. What was the weakness of this wunderkind who was heading the championship standings with more than a win in hand over his reigning twice-champion team mate?

It was almost a relief to discover he was fallible after all. Even so, he would have been a rookie champion but for an unfathomable strategic blunder in China. Twelve months later he came back and got the job done. But by then not only was there no longer doubts over his strengths as a driver, the same could also be said of his weaknesses.

As in his rookie season, Hamilton’s first championship year featured days when he was completely untouchable (China), wet weather performances on a par with anything seen before in F1 (Britain) and further demonstrations of his excellence in wheel-to-wheel combat (Belgium, notwithstanding the stewards’ contemptible decision to confiscate his victory). But there were also times when his racing nous appeared to desert him: a comical incident in the Montreal pits with Raikkonen was followed by a wasted weekend in Magny-Cours.

It’s a trait that hasn’t gone away: he’s romped to win after win this year, yet spoiled his race in Hungary with clumsy errors. But Hamilton achieves the sublime much more often than the ridiculous.

In the intervening years between his first title and the next two, Hamilton repeatedly demonstrated the kind of class which marked him out as a deserving multiple champion. His 2010 campaign was arguably one of his best: he was one of four drivers still in the hunt for the title at the end of the year despite the McLaren giving away slightly too much in outright performance compared to the Red Bull and Ferrari.

Two years later he had a very competitive car underneath him and wielded it to brilliant effect, but persistent reliability trouble put the kibosh on his championship hopes. It was after one such failure while leading in Singapore that Hamilton came to a vital decision about his long-term future.

For 2013 Hamilton left McLaren, the team which had invested heavily in his pre-F1 development, and joined Mercedes. Some were quick to claim it was a decision motivated by money rather than a desire to get into the best available car. His subsequent successes proved them so utterly wrong they moved onto another line of complaint: that Hamilton’s successes were undermined by the superiority of his car.

There is no denying that in the last two season Mercedes has produced cars which are the most dominant F1 has seen for at least a decade. Realistically, Hamilton’s only opponent has been his team mate Nico Rosberg, who he’s been beating since their karting days.

Technical trouble for Hamilton in the first half of last season meant Rosberg led the points standings much of the way. But Hamilton regained the initiative in the championship by grinding out win after win, particularly after a controversial collision between the pair initiated by Rosberg at Spa. Hamilton was already in position to take the title before Rosberg’s car let him down in the season finale.

Hopes that Mercedes’ rivals would catch up last winter weren’t realised, so this year’s championship was another Hamilton-Rosberg showdown. This time Rosberg has had slightly worse reliability, but what really made the difference was Hamilton raising his game in the one area where his team mate had shown him up during 2014: qualifying. Hamilton has started from pole position 11 times so far this year and even when he hasn’t he’s usually still gone on to win – such as in the last three races.

It’s only natural to want to see F1’s top drivers being made to work for their successes but Hamilton can hardly be blamed for the lack of competition he has faced from outside his team. This is often the case in Formula One: it was as true for Hamilton this year as it was for Michael Schumacher in much of 2001-2004, and for Sebastian Vettel in 2011 and much of 2013.

Hamilton has always identified with the achievements of Ayrton Senna, and his latest triumph means he has now equalled his hero’s tally of championship titles as well as race wins. But he knows the potency of Senna’s legacy is in part due to the strength of the competition he raced and beat, whether it was Alain Prost, Nelson Piquet or Nigel Mansell.

This is why we shouldn’t doubt the newly-crownd there-times champion’s sincerity when he talks about wanting to see the opposition get on terms with his team. “I always want to make sure there’s a fight,” he said at the beginning of his title defence. “The more people I get to race [against] the merrier.”