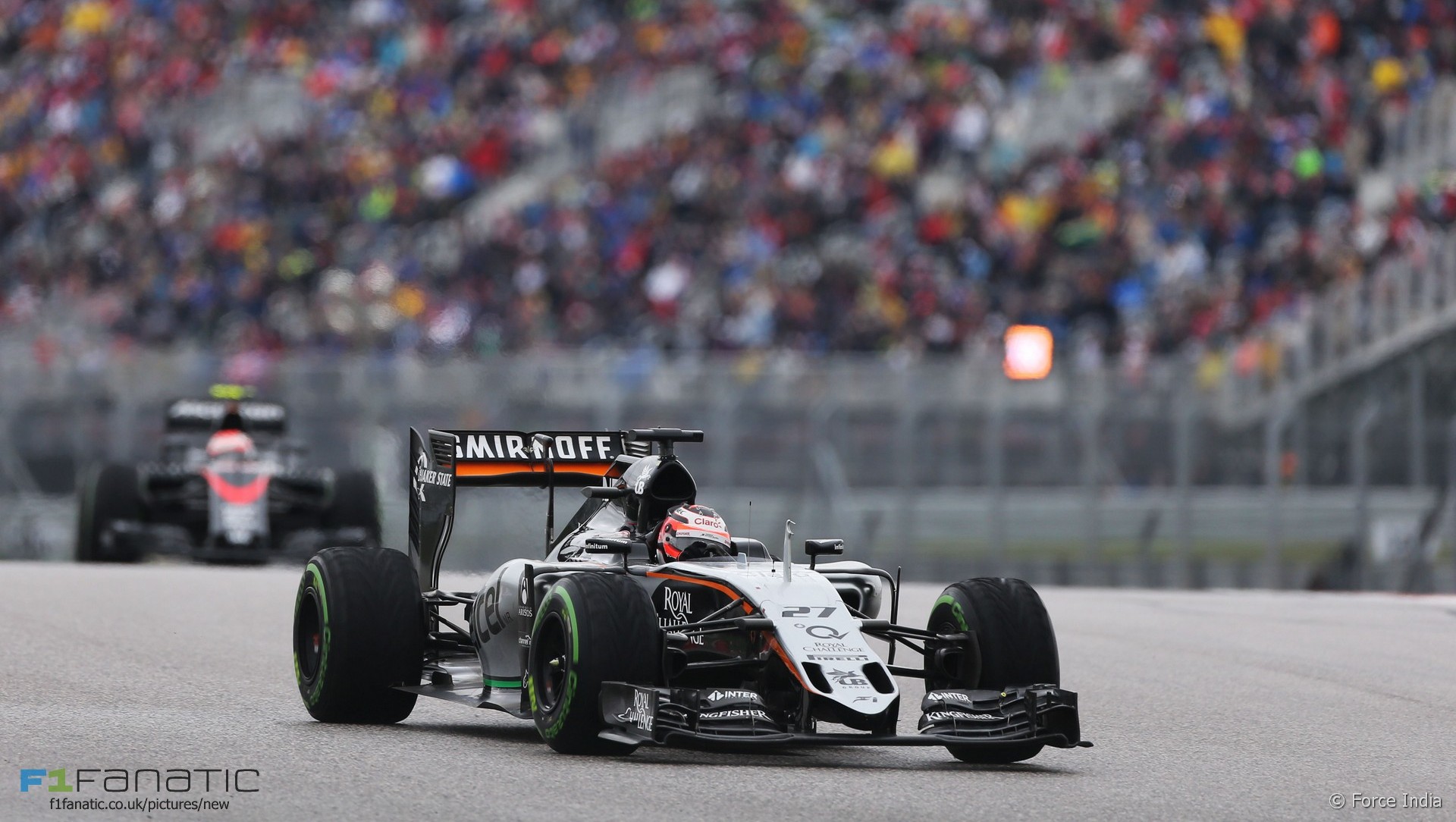 Nico Hulkenberg escaped punishment for his collision with Daniel Ricciardo in the United States Grand Prix after it was discovered a front wing failure had caused him to lose control.

The stewards rules no action would be taken on the incident “due to a mechanical failure on the car in the braking zone at turn 12.”

“The front wing became visibly dislodged at the braking zone affecting the stability of the car and the ability of the driver to effectively brake for the corner, resulting in the collision with car three.”

Hulkenberg said his race was “looking really good” until that moment. “I wanted to get past Daniel as I was faster than him and he was holding me up, so I tried to make a move. Unfortunately that didn’t work and it was the end of my race.”

“When I got back to the garage the team told me that there was an issue with the front wing – from contact earlier in the race – and it broke just when I was trying to make the move on Daniel.”

“It’s a huge frustration to be out of the race when things were looking so promising,” Hulkenberg added. “Until the accident, it had been a very interesting race and it must have been a very entertaining for the fans as well. I struggled at first on the intermediate tyres, but as soon as I switched to slicks I started making good progress.”

Hulkenberg has retired from three of the last four races due to contact. He tangled with Felipe Massa in Singapore and Marcus Ericsson in Russia.

“It’s a shame as we could have scored a lot of points today,” he said. “These last two races haven’t been the best for me, but that’s how racing goes sometimes.”