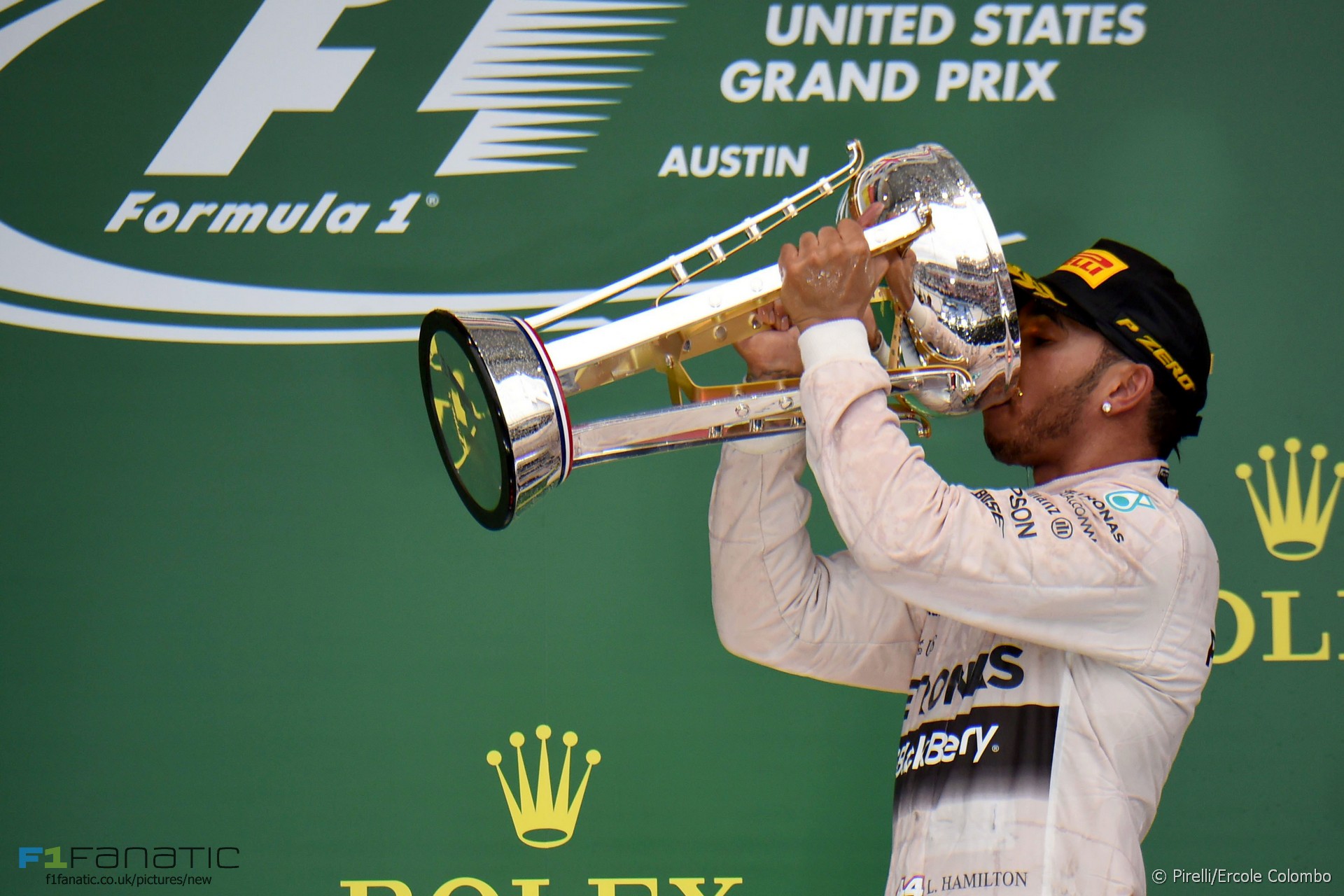 Hamilton clinched the title with three races to spare after leading home team mate Nico Rosberg in a Mercedes one-two at the Circuit of the Americas.

The 30-year-old has become the tenth driver in the history of the sport to win at least three drivers’ titles, joining the likes of his hero Ayrton Senna.

Hamilton said his career goal “was always to get the three that Ayrton had”.

“Of course, he wasn’t from the same country as me but he was the guy that inspired me as a youngster. Now I’m like… I don’t know where it’s going next. There is no-one else I look to, that I want to equal or emulate now.”

“As I said one race ago or something like that, I feel like I’ve got the baton now for myself and Ayrton and I’m going to carry it as far as I can, as strong as I can and keep building and see where I take it.”

Hamilton is also the first British driver to successfully retain the title. He first won the championship in 2008 with McLaren and regained it last year after joining Mercedes.