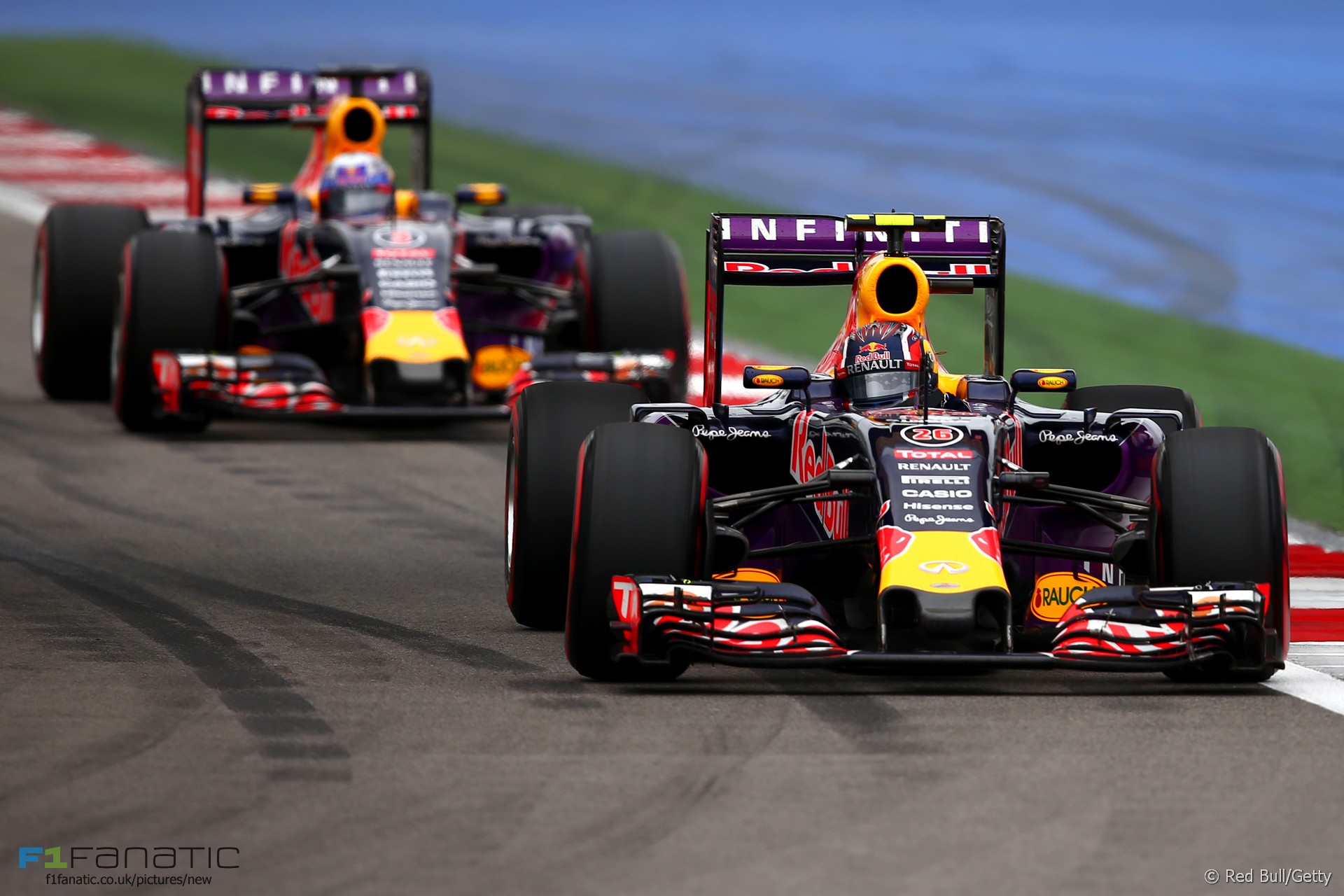 Red Bull has repeatedly warned it is at risk of being left without an engine supplier in 2016.

Neither Mercedes nor Ferrari have been receptive to Red Bull’s requests so far. If Red Bull was to withdraw from Formula One it could take junior team Toro Rosso with it, leaving F1 with four fewer cars.

Should Ferrari or Mercedes step in to ensure Formula One does not lose even more teams?

The F1 field has shrunk in recent seasons and action must be taken to prevent grid sizes sinking any further – and the possibility of job losses.

Not having access to a competitive engine has turned Red Bull from championship contenders into midfielders, and F1 is sorely in need of more competition at the front of the field.

It would reflect badly on F1 as a whole if Mercedes and Ferrari were seen to be taking advantage of an opportunity to get rid of one of their rivals via political means having previously struggled to beat them on the track.

By giving Renault little credit when they were winning races, and by pillorying their engine supplier now the silverware isn’t piling up, Red Bull has created the crisis it is now experiencing.

Their past successes do not entitled them to whichever engine they feel will make them the most competitive.

Red Bull already receives preferential treatment from FOM when it comes to prize money – another reason its rivals should not feel obliged to give them a level playing field when it comes to engine supply.

Are Mercedes and Ferrari really afraid of giving Red Bull identical power units, software, fuel and lubricants? I think this is an oversimplification, even though it’s clear Red Bull is considered a greater threat than Williams or Force India – let alone Manor.

The investment Mercedes and Ferrari have put into developing their hardware in the first place is gigantic. What incentive do they have to turn over that expensive hardware to a rival who will then use it to beat them? There is little reward to be had from doing this: Ask Renault how much credit they felt they got from Red Bull’s four years of championship success.

So should Mercedes or Ferrari give Red Bull an engine for the good of the sport? No. It’s one thing to use that argument to encourage teams to accept rules changes which ultimately affect them all the same and will help the sport survive. It’s quite another to compel one manufacturer to surrender its advantage. After all, it’s not as it Red Bull would give up Adrian Newey’s aerodynamic secrets that easily.

Should Mercedes or Ferrari give Red Bull engines? Cast your vote below and have your say in the comments.

Should Mercedes or Ferrari give Red Bull engines?

An F1 Fanatic account is required in order to vote. If you do not have one, register an account here or read more about registering here. When this poll is closed the result will be displayed in stead of the voting form.

161 comments on “Should Mercedes or Ferrari give Red Bull engines?”