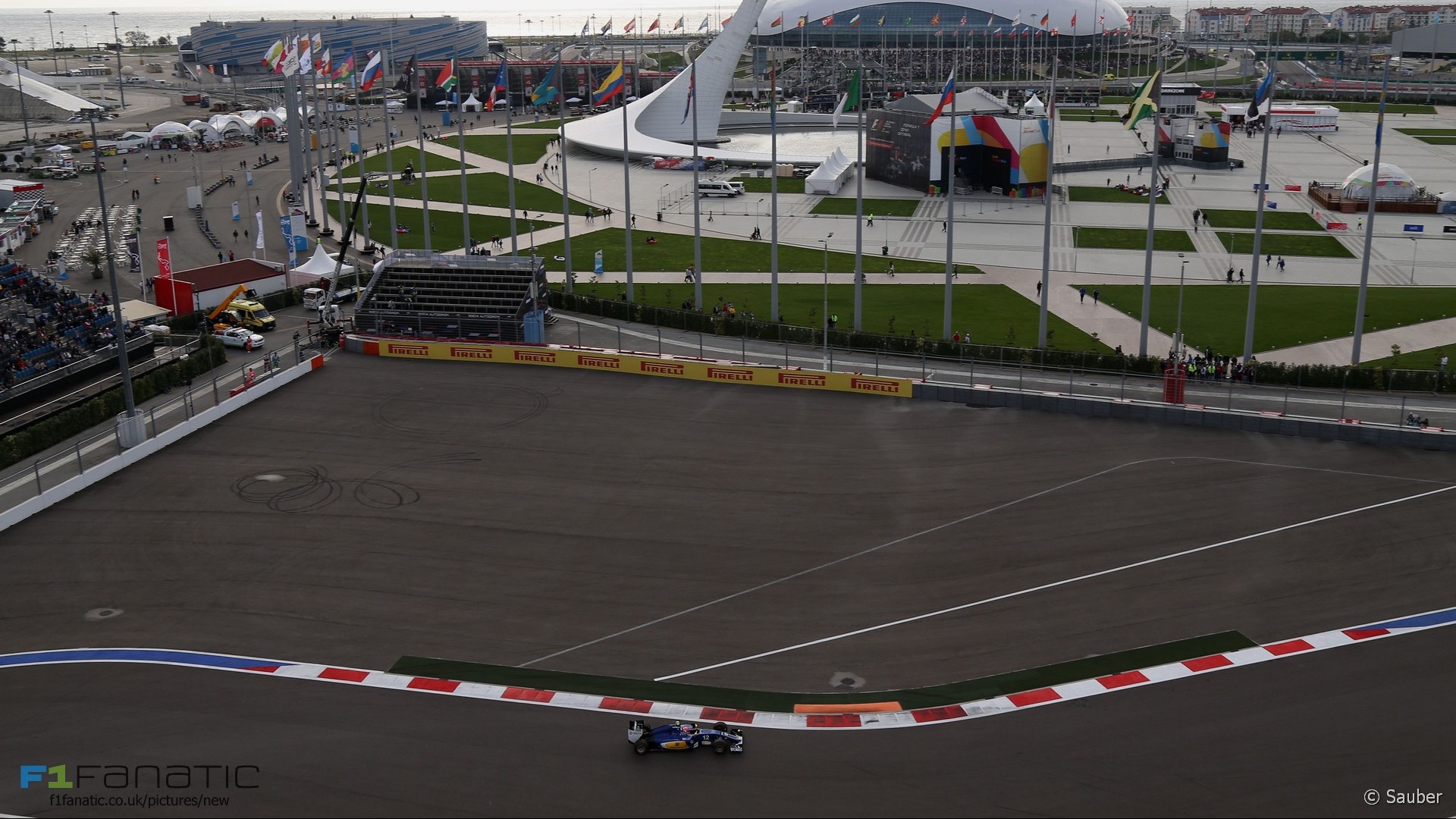 Drivers have been given new rules on what to do if they run wide at turn two at Sochi Autodrom.

Previously a polystyrene block had been placed in the run-off area which drivers had to go around if they went off at the corner. This has now been removed, and drivers have instead been told they will be “reported to the stewards” if they are “suspected of having gained an advantage” by running wide at the corner.

Drivers will be considered to have cut the corner if they pass “completely to the left of the red and white kerb element on the apex”.

The removal of the polystyrene block follows a crash in yesterday’s GP2 race which was triggered when one driver tried to go around it. Artem Markelow was one of several drivers who went wide at turn two on the first lap, but as he drove around the block he hit a barrier, triggering a crash which involved several other drivers and led to the race being stopped.