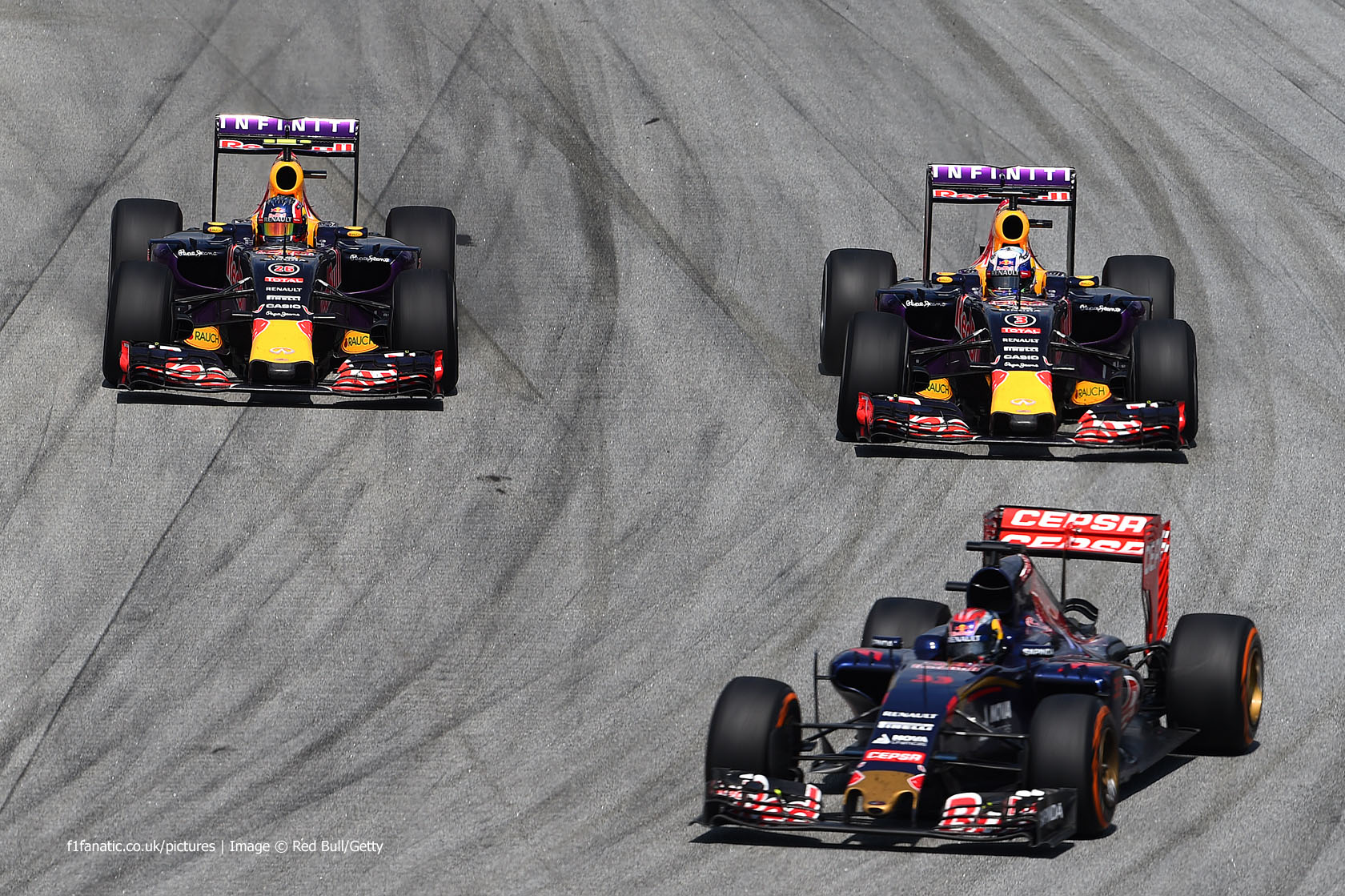 Both Red Bull-backed teams could be pulled out of Formula One after the last race of the season according to the company’s motorsport director Helmut Marko.

In an interview with the official Formula One website, Marko said the company owner Dietrich Mateschitz is prepared to pull his teams out if they do not have an engine which allows them to compete for victories.

“If we don’t have a competitive engine there is no future in F1 for Red Bull Racing,” said Marko. “The curtain may go down after Abu Dhabi. That is Mr Mateschitz’s opinion.”

“He knows that it costs the same amount of money to race at the front or, like we are now doing, in the ‘premium midfield’ – and he is not willing to do that for another season.”

Red Bull has participated in F1 since 2005 and junior team Toro Rosso arrived one year later. However Red Bull has been strongly critical of the Renault power units both teams use and is seeking an alternative for next year.

With Mercedes unwilling to supply Red Bull with engines and Honda a no more attractive to Red Bull than Renault, Marko said the only options open to the team at present were to use Ferrari engines next year or leave F1. However they insist on being given a fully competitive package which extends beyond equal hardware.

“If it were a few horsepower less we would not be concerned,” he said. “In the end you can check that very easily with the GPS data and other parameters to see what you really get.”

“The truth is that the engine – the hardware – is not the real issue. That is the software and the same fuel.”

Red Bull is known to have signed a commitment to race in F1 until 2020, however other teams have broken such deals in the past when they have decided to leave. If F1 were to lose the four Red Bull and Toro Rosso entries it would be left with a field of just 18 cars in 2016, when new team Haas is due to arrive.