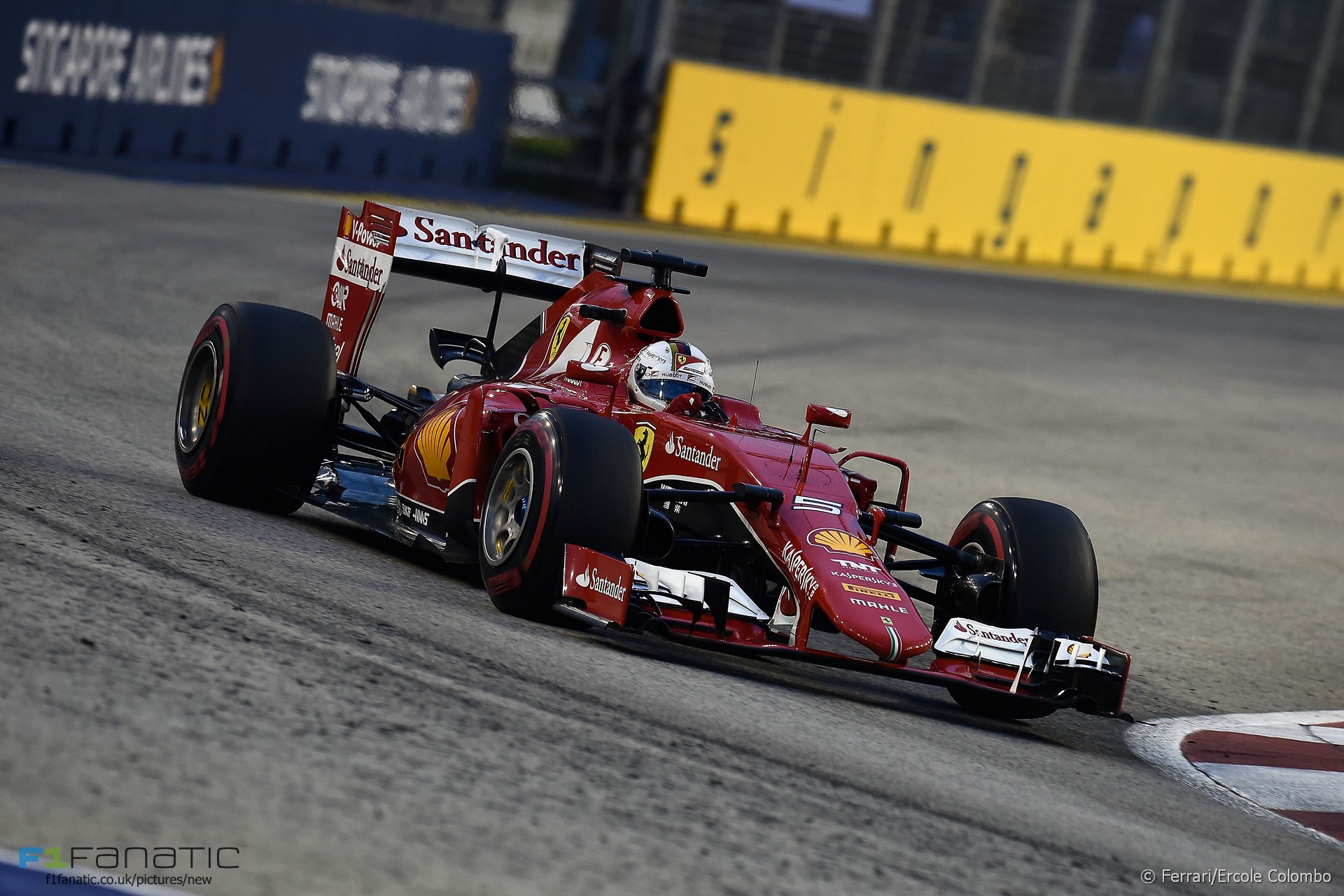 Sebastian Vettel revealed he drove half of the Singapore Grand Prix without a drink bottle but otherwise enjoyed a “perfect weekend” on his way to victory.

“My drinks bottle failed halfway through the race, so I’m quite thirsty,” Vettel explained on the podium after the race.

“Obviously we had a bit of a breather with the Safety Car but obviously still lots of pressure from behind. I think Daniel [Ricciardo] had a very good race, looking after his tyres very well, which made it a bit tactical towards the end of the stint.”

“Second stint I was dictating a bit the pace, around here it’s no so easy to overtaking so I was using that. And from then at some point chipping away, trying to control the gap. Fortunately that worked.”

However Vettel believes it will only be possible to fight the Mercedes drivers in the championship if they continue to perform at the same level.

“All we have to do is look after ourselves, maximum attack, and then what they do is not in our hands,” he said. “So we still have a small chance, maybe we can make the impossible possible, definitely we will go for it.”

7 comments on “Broken drink bottle was Vettel’s only problem”