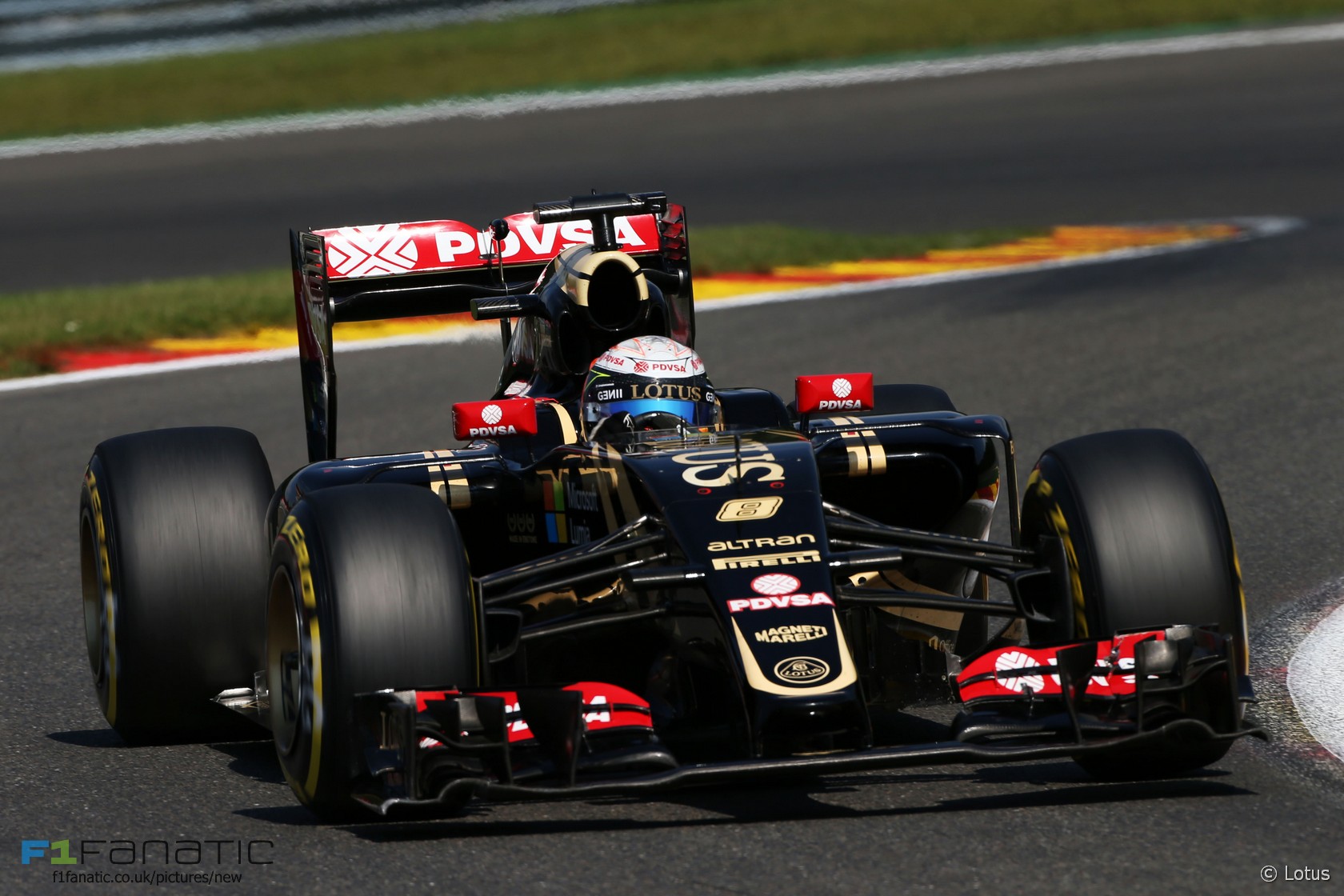 Romain Grosjean said he exceeded Lotus’s pre-race predictions of high they could finish in the Belgian Grand Prix.

“It’s unbelievable to be on the podium today,” Grosjean told reporters at Spa. “I think yesterday’s qualifying was really good. But we never thought about coming back that high on the standing.”

“The very optimistic pre-race predictions was giving us P5, and here we are P3. 31 races, I think, without a podium, first time since 2013, it’s just great to be here. I think I’ll celebrate that with a lot of champagne.”

“I was really satisfied with P4 already,” he added. “My engineer was giving me a lot of push on the radio to get to P3.”

Grosjean took third on the penultimate lap after Sebastian Vettel’s tyre exploded, but he think it might have been possible for him to pass.

“It would have been difficult but not impossible,” said Grosjean. “We’ve kept some really strong performance from the engine for the two last laps. I was getting closer and closer.”

“It was a bit of a scary moment having Sebastian blow out his tyre in front of me. It was not the way you want to get to P3. But sometimes in life things are going your way and that’s the way things were today.”