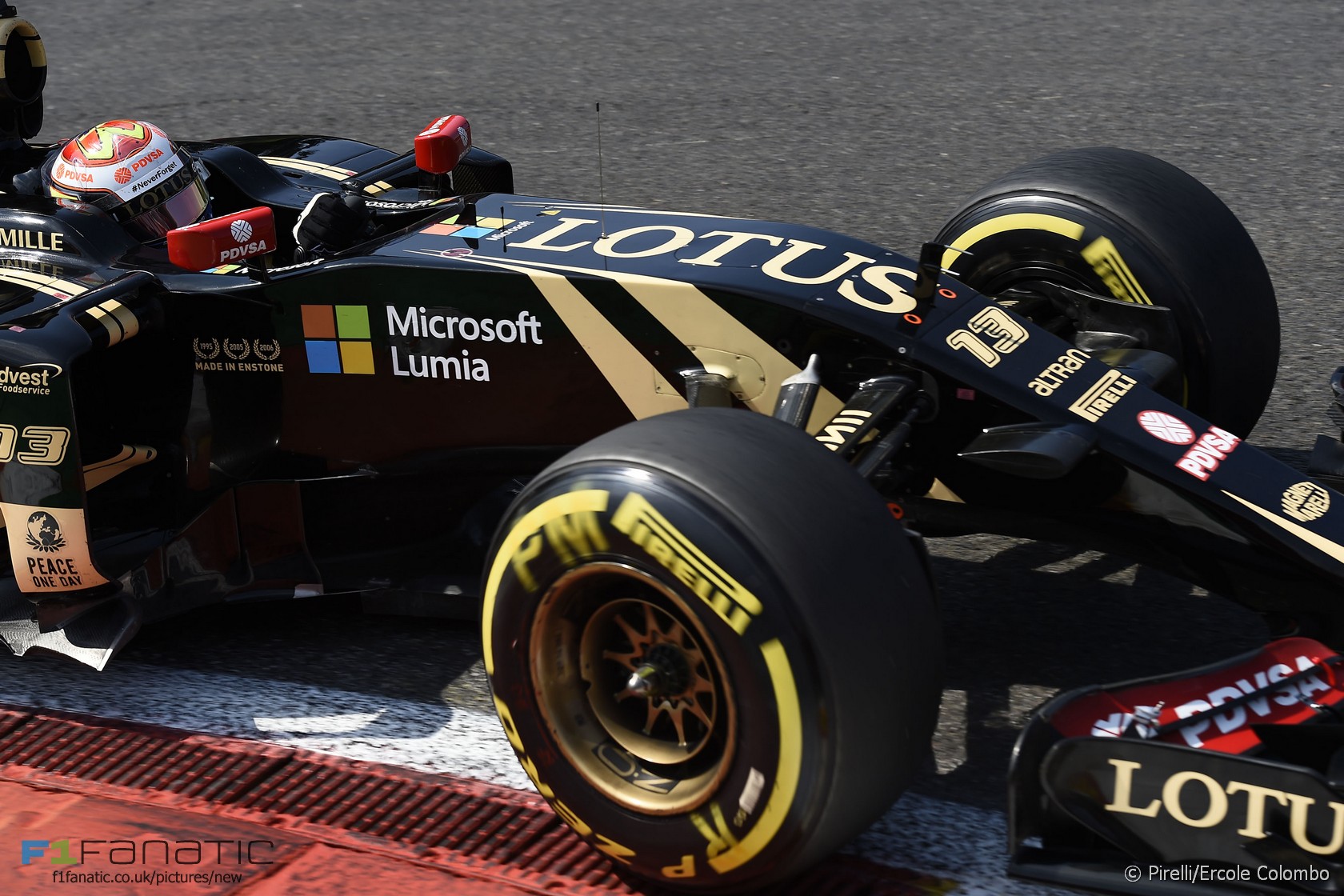 Lotus believe Pastor Maldonado’s retirement was triggered by heavy contact with the kerbs at Spa-Francorchamps.

Maldonado’s car slowed suddenly on the third lap of the race as he accelerated out of Raidillon.

“We haven’t looked at everything on Pastor’s car yet but we know there was a big excursion over the kerbs which appears to have caused some damage to the power box,” said the team’s technical director Nick Chester, “so a big shame as he should also have achieved a strong result here”.

Maldonado was running ahead of team mate Romain Grosjean, who went on to finish third, at the time of his retirement.

“The car was feeling very good, very competitive and I had a good race start,” said Maldonado. “We had an issue with the drive of the car which the team are investigating.”

“I’m disappointed about the issue we had today but that’s racing sometimes. We are keeping focussed for the next race now and Romain has shown what is possible. I love Italy and Monza so I’ll be doing everything I can for a strong result there.”