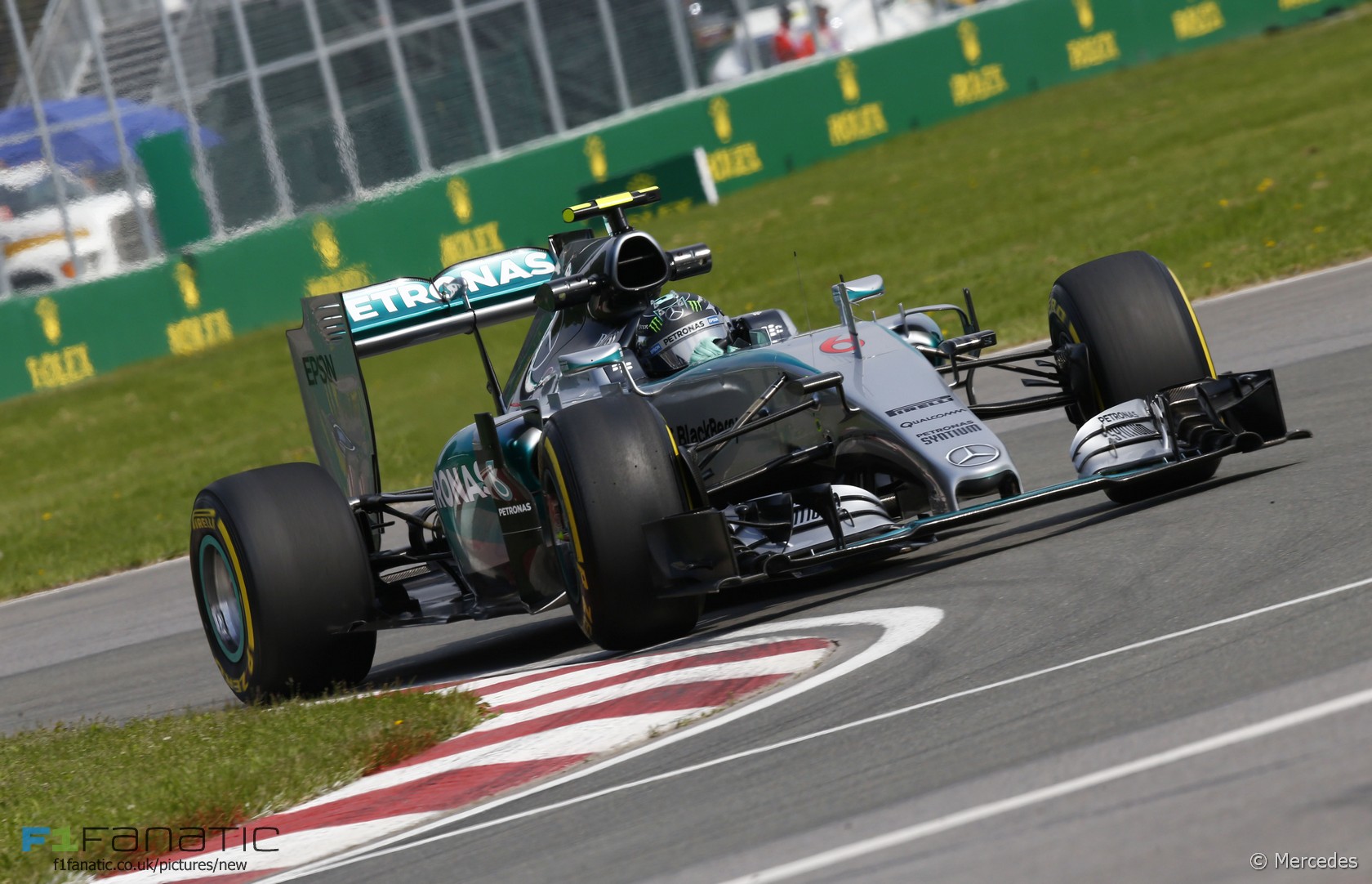 Nico Rosberg was bemused by a problem with his tyres in Q3 which left him struggling for rear grip.

Rosberg and team mate Lewis Hamilton were separated by hundredths of a second or less in Q2 and Q2, but when it came to the top ten shoot-out Rosberg ended up over three-tenths of a second behind his team mate.

“I was really on a roll,” said Rosberg afterwards, “I was feeling good, and the end just didn’t come together at all.”

“Just struggling with grip and this and that. It didn’t work out and we need to analyse now what it was. I had less rear grip on the first set, especially, because it was a good lap but didn’t go much quicker than that so that’s disappointing.”

Rosberg’s radio messages after his first run in Q3 revealed his team had some indication his first set of tyres in the session would be “poor”:

Although Mercedes expected Rosberg’s second set of tyres would be better, he was unable to improve on his time of 1’14.702 from the first run.

Rosberg questioned why there was an apparent difference in the performance of new sets of the same super-soft compound – but that was a conversation the team preferred to have off-air: