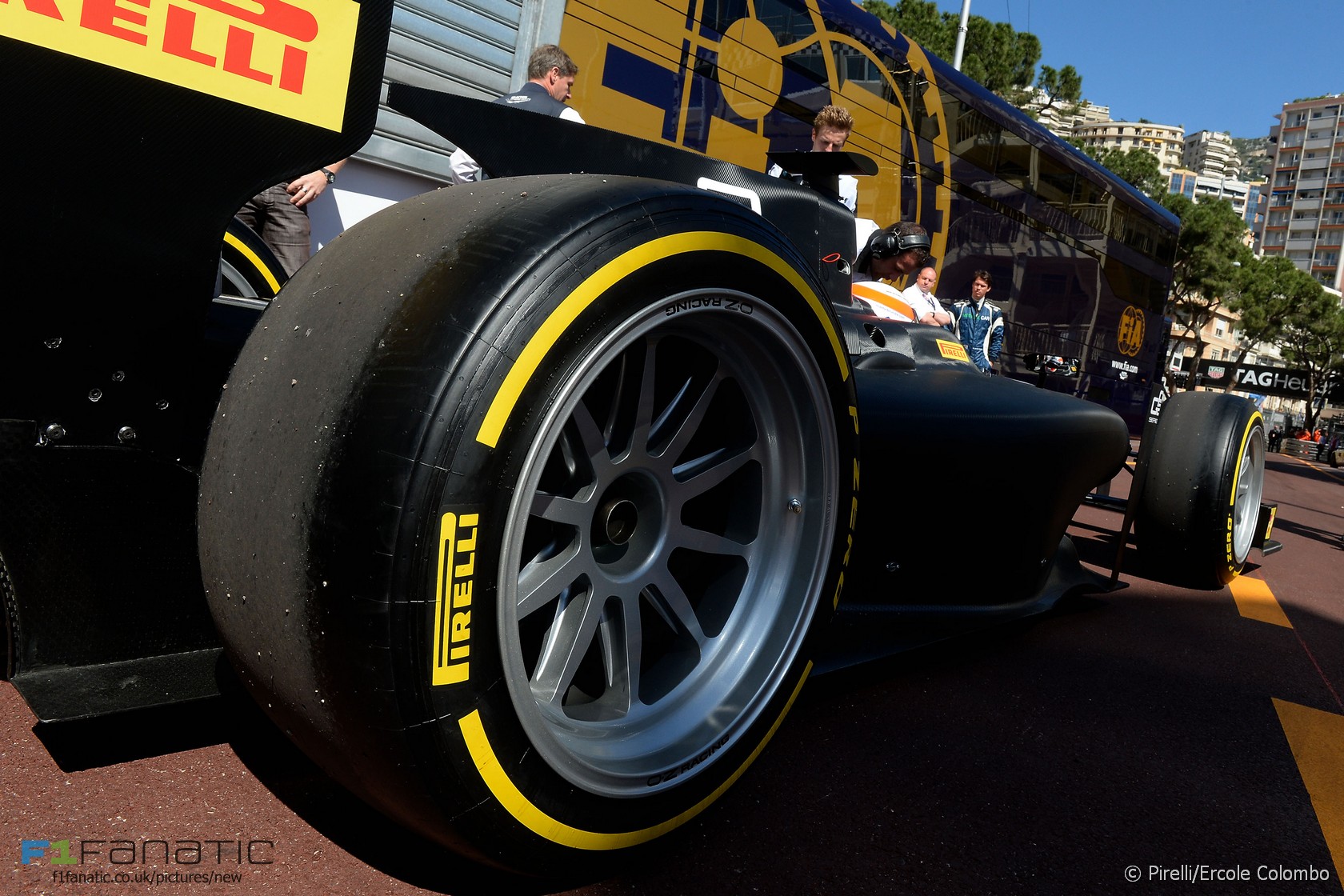 In the round-up: Official F1 tyre supplier Pirelli doubts a move to 18-inch wheels will be happen.

"I've got a feeling we'll end up with a much wider tyre, but on a 13-inch rim. That's my feeling for the direction we are going."

"This - and the fact that Pirelli pays handsomely for trackside advertising - is why Ecclestone has made it clear to teams that, as far as he is concerned, Pirelli will get the new contract, even though the FIA is running a full tender process and is expected to invite Michelin to apply."

"It is no secret we have a binding contract until the end of 2016 so firstly it was to reassure everyone that we will honour that contract. There is no doubt."

"Jenson Button and Fernando Alonso will have use of an upgraded Honda Formula 1 engine at the Canadian Grand Prix, after the Japanese manufacturer confirmed it will be introducing a performance step this weekend."

"If I was a dictator in the sport, each team would have the same money and you could spend more on the driver or less on the car or vice versa."

Happy birthday @MBrundleF1! We found this in our archives a while back & it makes us smile every time we see it! :-) pic.twitter.com/I5I9FJLXaz

@Mattds was at the World Series by Renault at Spa last weekend:

The debut of the RS01 was interesting, the cars look nice and fast and they sound great as well. It was a pity the grid is still very small, out of 13 entries 6 of them were eliminated after turn one in the first race due to collisions and blown-up engines. Made for a rather dull race. I left during race two, but not before I passed at La Source and saw two cars crashing into each other. Conclusion: series has potential, but needs more and better drivers.

The FR3.5 race was a blast. Standing at Bruxelles, which is about halfway down the lap, it was amazing to see Jaafar already up into 11th when the field passed us by the first time. I still need to watch the race on TV (recorded it), because I’m wondering how he pulled that off. He made a good recovery the following laps as well.

Rowland, de Vries and Vaxiviere were impressive as well. De Vries needs more consistency before he can challenge for the title but the duel between Rowland and Vaxiviere (and possibly Jaafar) will be good this year.
@Mattds

The 1978 world champion Mario Andretti won the IndyCar Milwaukee 200 on this day 30 years ago.