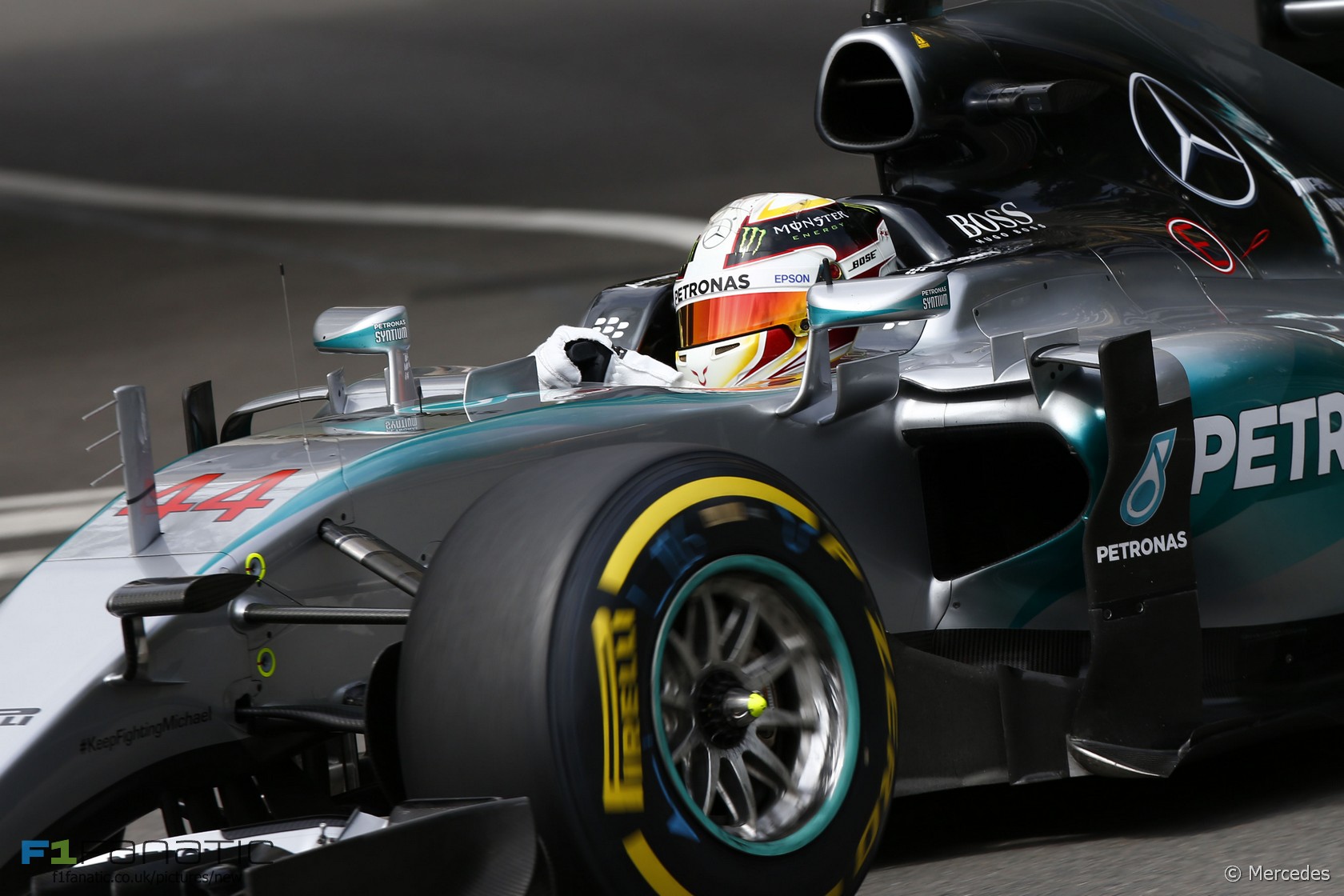 Lewis Hamilton was one of six drivers who pitted when Safety Car came out lap 64 of the Monaco Grand Prix, but he was the only one to lose a position because of it.

Mercedes thought they were bringing Hamilton in for a ‘free’ pit stop to put him on a fresher set of tyres, but it turned out he didn’t have enough time in hard to get out ahead, and to their dismay he fell behind Nico Rosberg and Sebastian Vettel.

There was some confusion at this stage. Following the crash the Virtual Safety Car was deployed for the first 30 seconds, then a full Safety Car period was declared. And on the timing screens Hamilton’s advantage over Rosberg appeared to increase from 19.1 seconds to 25.7 on lap 64, the figure seemingly inflated by the slower speed they were now circulating at.

Added to this was unclear communication between Mercedes and Hamilton over what his rivals were doing and whether he needed a fresh set of tyres. After the Safety Car was summoned (the Virtual Safety Car boards were displayed for the first 30 seconds) Mercedes sent their crew into the pit lane immediately, which Hamilton noticed.

“I saw a screen, it looked like the team was out and I thought that Nico had pitted,” Hamilton explained. “Obviously I couldn’t see the guys behind so I thought the guys behind were pitting.” But Rosberg had not pitted – he had already lapped Verstappen and Grosjean, and was behind Hamilton when the crash happened.

Hamilton was also concerned how the soft tyres, which had warmed up slowly on the partially-resurfaced Monte-Carlo track, would perform after their temperature had fallen during the Safety Car period. As the radio messages below show, this was a concern shared by others.

Only a portion of the radio messages which are sent between each team and driver are broadcast during the race. After the grand prix Hamilton revealed that before he pitted he had a conversation with the Mercedes pit wall about whether he should come in.

“The team said to stay out,” Hamilton explained, “I said ‘these tyres are going to drop in temperature,’ and what I was assuming was that these guys [Rosberg and Vettel] would be on [super-softs] and I was on the harder tyre. So, they said to pit.”

Felipe Massa was the first driver into the pits after the crash, followed by Sergio Perez and Jenson Button. Hamilton came in next, having been held up by the Safety Car towards the end of his in-lap. Felipe Nasr and Daniel Ricciardo were the last of the six to come in. As Hamilton headed out of the pits Rosberg had spent an entire lap circulating without the Safety Car in front of him. Although he was lapping well below racing speed he gained enough time to slip ahead of his team mate.

Hamilton returned to the track in close proximity to Vettel, leading to brief confusion over whether he should be in front of or behind the Ferrari. Under the rules this is determined by which driver crossed Safety Car Line Two first, (not ‘SC1’, as Vettel referred to). Hamilton was asked this by his team at one point, and sure enough it emerged Vettel can got there first.

Vettel appears to have tried to lobby for an extension of the Safety Car period under the pretext that his tyre temperatures had dropped too low. It would not be too cynical to suggest Vettel had a lot to gain from reducing the number of laps Hamilton had to make a pass, particularly with DRS inactive for the first two laps after a Safety Car period.

But it turned out he needn’t have worried. A few laps after the race restarted Hamilton reported it was “impossible to pass” the Ferrari. A Monaco Grand Prix victory which had seemed certain a few minutes earlier had vanished.

Hamilton, Rosberg and Vettel’s team radio messages from the end of the race

VL = Victory lap; Lap number refers to which lap the message was broadcast on.
A full radio transcript will appear here later in the week.