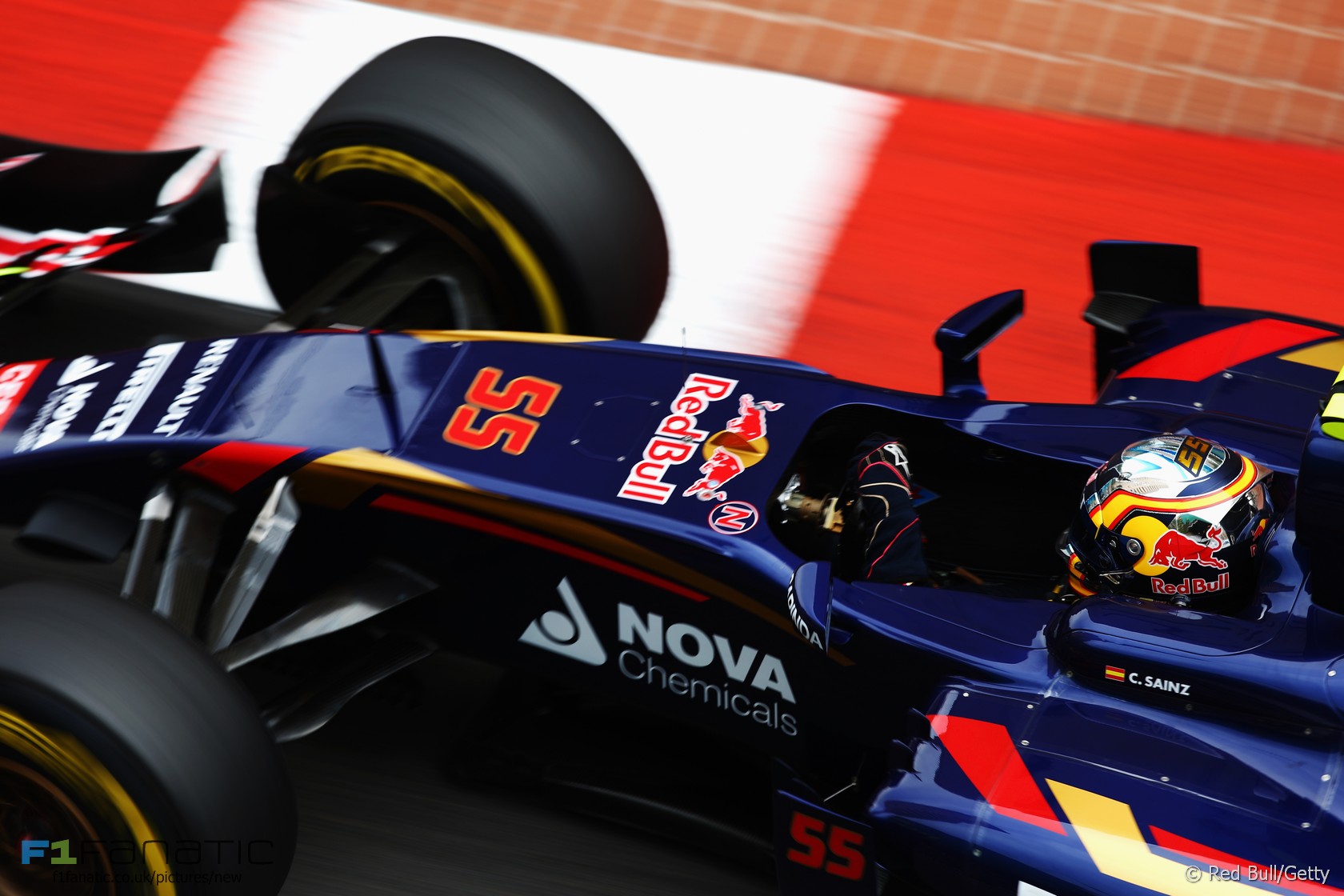 Carlos Sainz Jnr was amazed to claim the final point for tenth place despite having started from the pits.

The Toro Rosso driver ran the longest stint of any driver during the race, ekeing out the set of soft tyres he had fitted on lap 12 for the remaining 66 laps.

“To start from the pit lane in Monaco, on my debut, and to cross the line in P10 feels like a victory,” he said.

“It was a very good race from the team in terms of strategy and tyre management. We worked for it very hard and completed a super long stint on the soft tyre.”

While Lewis Hamilton’s switch to a set of super-soft tyres during the Safety Car period cost him victory, it was a strategy employed by several other teams including Red Bull (Daniel Ricciardo), Force India (Sergio Perez), McLaren (Jenson Button), Sauber (Felipe Nasr) and Williams (Felipe Massa).

13 comments on “Sainz salvages a point from the pits”