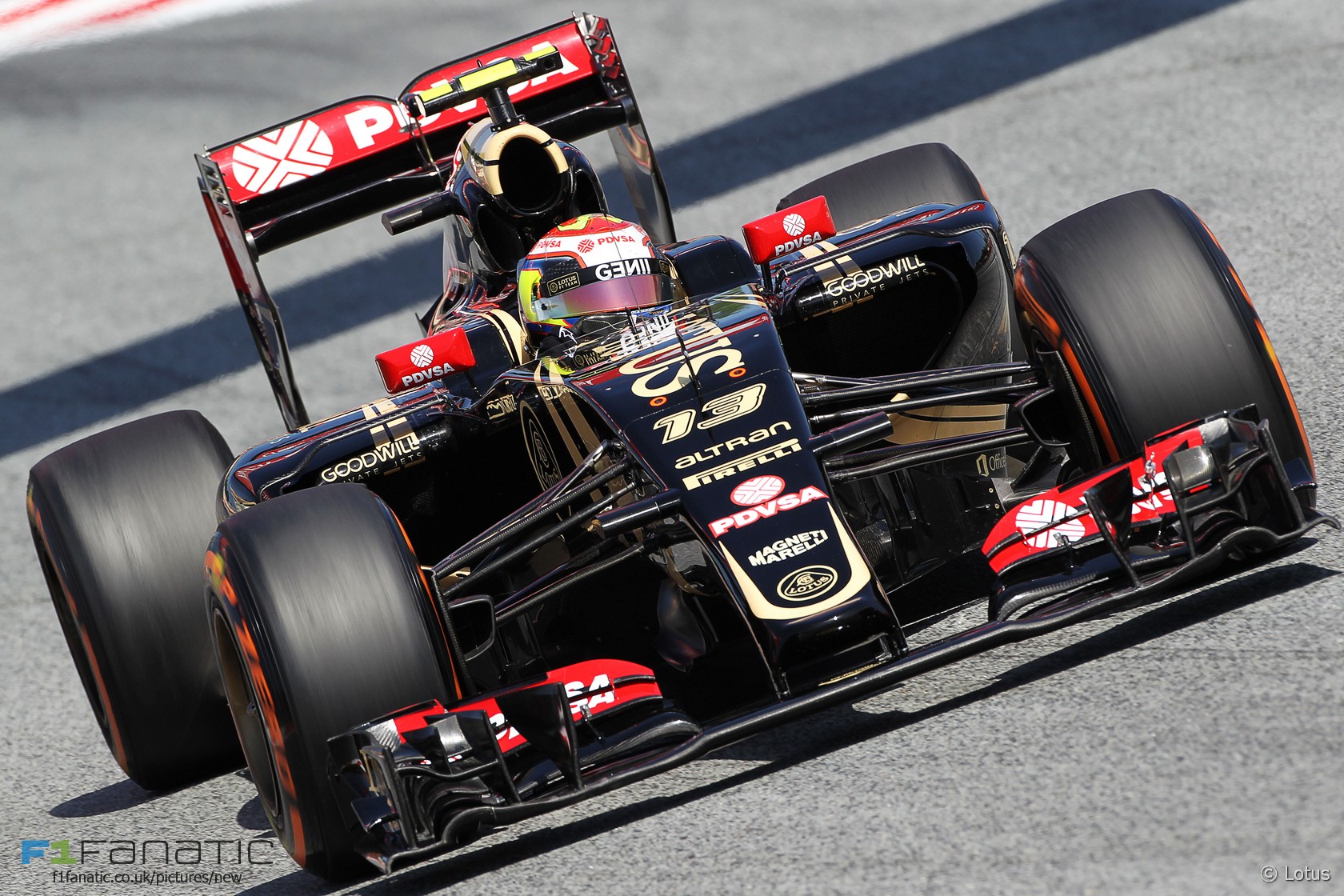 Pastor Maldonado said he was encouraged by the performance of his Lotus before his race was compromised by contact with team mate Romain Grosjean.

The pair touched in turn three early in the race after Grosjean went off the track. The contact damaged Maldonado’s rear wing, and although the team removed the damaged end plate at his first pit stop they later chose to retire the car.

“The pace was surprisingly very good,” Maldonado told reporters after the race. “So the strategy we done yesterday in qualifying was the best.”

“And then the contact with my team mate, he broke my rear wing, and after that I was completely compromised.”

Maldonado’s retirement means he is still yet to score a point this year, but he is confident that will change soon.

“The car performance is there, I’m driving quite good, so I’m looking forward to the next races. There is still a few races to recover so we are full focus on it.”