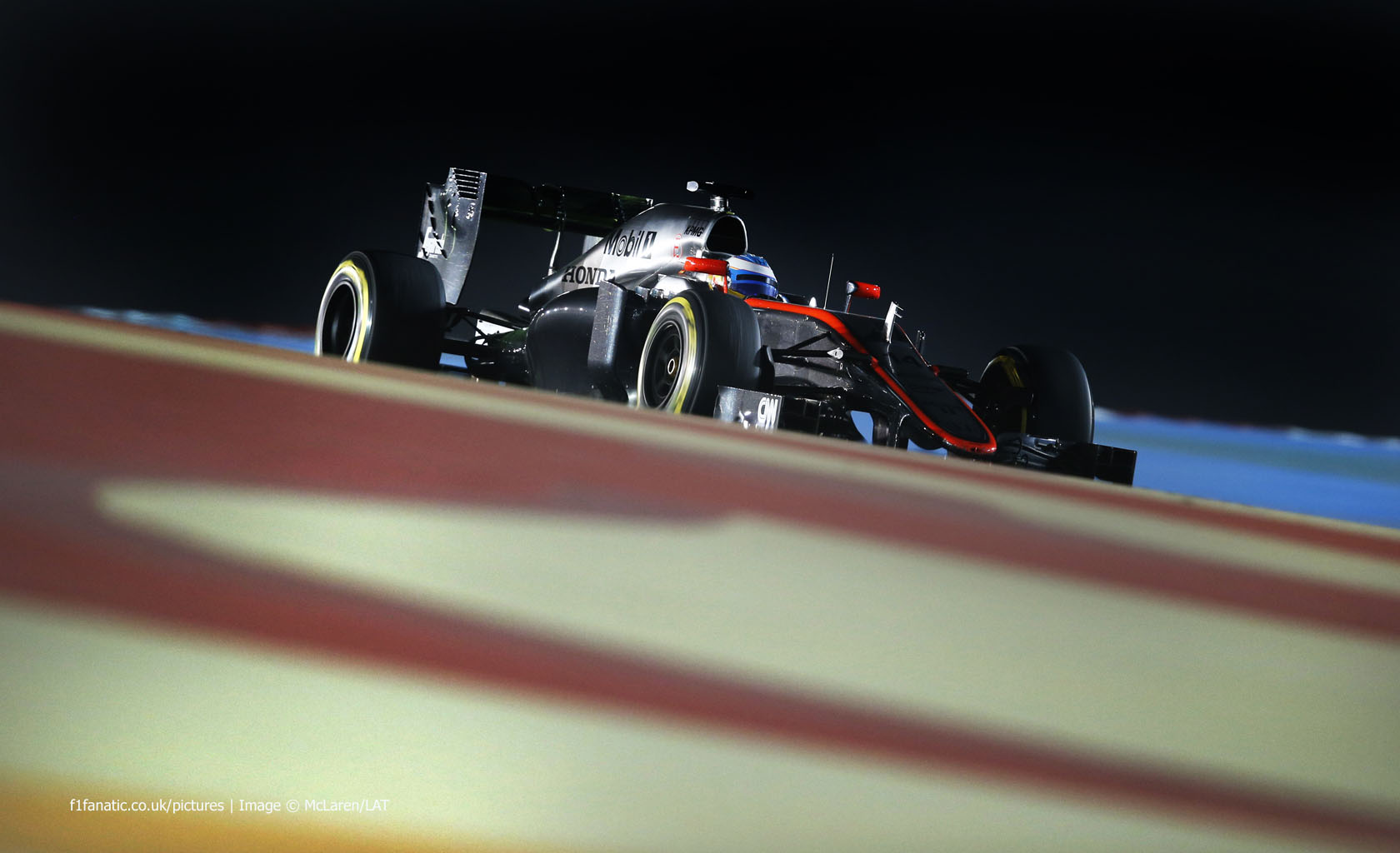 In the round-up: McLaren are rumoured to be planning a change to their livery for the next round of the championship in Spain.

"It’s understood that the new version could be described as ‘shades of grey,’ with no chrome or silver."

"The Mercedes teams believe the Ferrari engine is now effectively their equal."

Haas will not be Ferrari 'B-team' (Autosport)

"(The goal is) to be respectable,

Honda yet to confirm plan for tokens (F1i)

"Of course we will use them in-season, but right now we don’t have any actual schedule."

Apologies to those of you who recently received a large number of notifications, this was due to a database repair which is now complete.

A historical context for McLaren’s troubled reunion with Honda:

The McLaren-Honda situation reminds me of Honda’s first turbo engine exploits with Williams. That 1984 car was a complete nightmare and blew up more often than any engine I’ve seen (well, maybe this year’s Renault is running it close). The one win it did get was in Dallas and that was probably due to the fact that the circuit was falling apart so much it became a dirt track enabling Keke Rosberg to shine.

Everyone pressed on and by the time everything was sorted out by late 1985 they had a car that dominated the latter part of that season and the next two. Ron Dennis has staked his reputation on this entire enterprise and won’t rest until he has achieved his stated aim. I, for one, am indeed expecting the race wins to come… eventually.
Graham (@guitargraham)

Alan Jones took pole position for the 1980 Belgian Grand Prix at Zolder on this day 35 years ago.