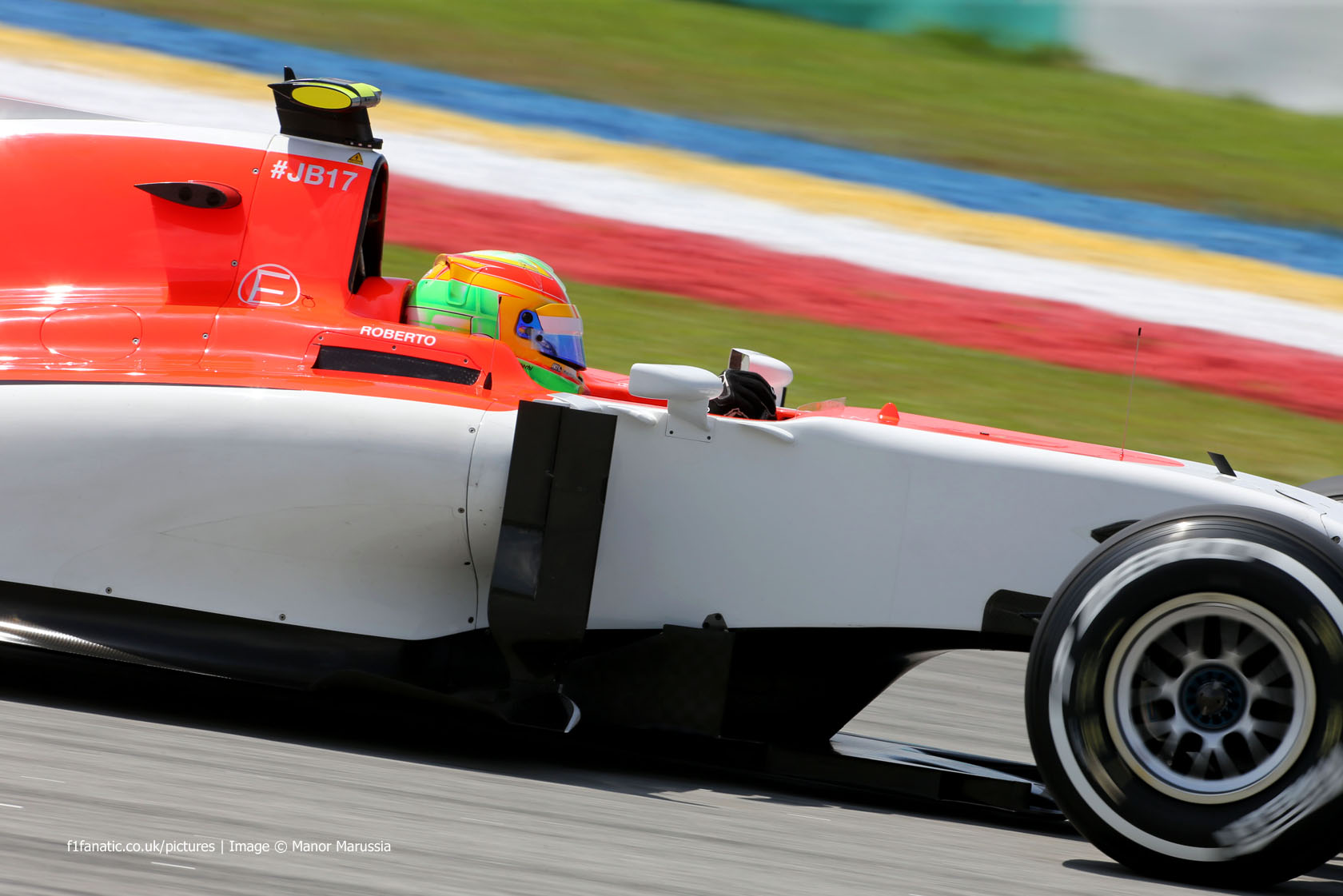 Roberto Merhi says it was a “huge reward” for Manor to reach the chequered flag the first time they started a race this year.

On his F1 debut Merhi finished the Malaysian Grand Prix in 15th place, three laps down.

“I’m so happy for the team,” he said. “P15 is not only a great result from today’s race, but also a huge reward for a fantastic effort over the past few months. I’m really proud of us.”

“Coming into the weekend we knew things would not be easy; we had to work very hard and stay focused every step of the way. We missed out on some of our targets but in the end it was the race that mattered and we brought the car home with a full race distance.

“That was my main objective, as the information we now have is so important for our development, but it’s good to know that we got a good result along the way and finished ahead of some of the other teams.”

Neither Manor qualified for the first race in Australia and Merhi was their only car on the grid today as a fuel problem meant Will Stevens was unable to take the start.

“I’m sorry for Will that he was unable to race today,” said Merhi, “but we have a very good starting point for us both to work from in China and beyond. My thanks to the whole team for a really positive weekend.”

36 comments on “Merhi thrilled with “huge reward” for Manor”