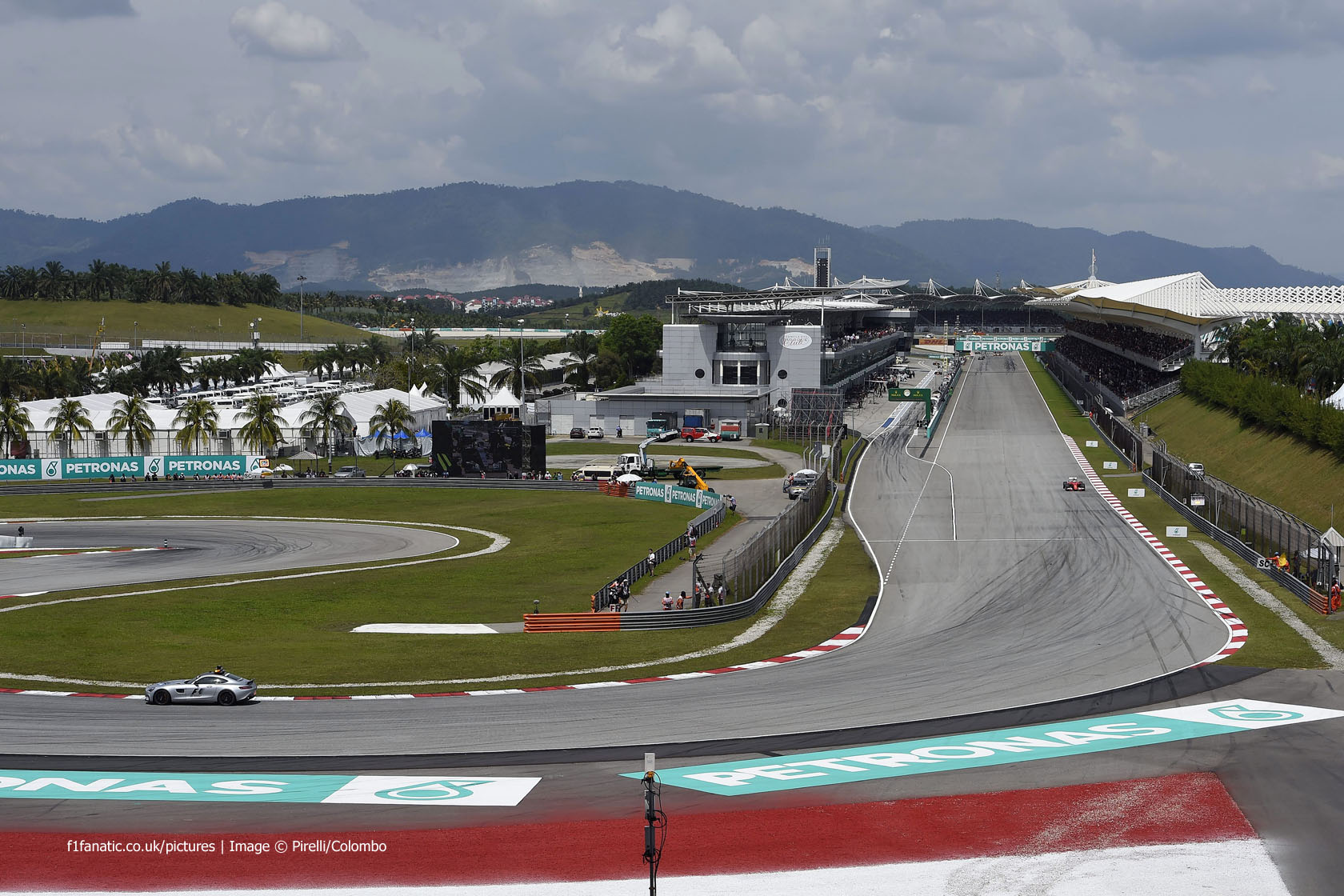 Mercedes’ executive director Paddy Lowe acknowledged their decision to pit during the Safety Car period cost them time they were unable to make up.

The positions of each driver on every lap. Use the controls below to show/hide different drivers: Lewis Hamilton’s chance to win the Malaysian Grand Prix began to slip away from him when Marcus Ericsson spun his Sauber into a gravel trap, bringing the Safety Car out. Mercedes had decided before the race they would pit under these circumstances, but when they did Hamilton was surprised to see Sebastian Vettel and others staying out.

That meant when the race restarted on lap six Vettel had an immediate advantage over Hamilton. By the time Hamilton had passed Sergio Perez, Carlos Sainz Jnr, Romain Grosjean and Nico Hulkenberg, Vettel’s lead was ten seconds.

The gap was the same on the penultimate lap of the race before Vettel backed off to take the chequered flag. That being so, it’s not hard to see why the wisdom of Mercedes’ strategy has been questioned.

“The time we lost in traffic in the first laps after the Safety Car, left us with a gap to Sebastian that proved too much of a challenge for us to recover,” executive director for technical Paddy Lowe accepted after the race, “especially considering that we did not have an underlying pace advantage to Ferrari, who were very competitive this weekend”.

Nico Rosberg lost out even more, partly because he was queued behind Hamilton in the pits. “I expected to have to wait behind Lewis but it was letting some other cars by that cost the places,” he said, “especially waiting for the Red Bull queue to move”.

It took Rosberg until lap 14 to emerge in third place behind Vettel and Hamilton, by which time the Ferrari was 18 seconds up the road. However while Hamilton gained little more than a second on Vettel by the end of the race, Rosberg made up almost six seconds.

The gaps between each driver on every lap. Use the controls below to show/hide different drivers: