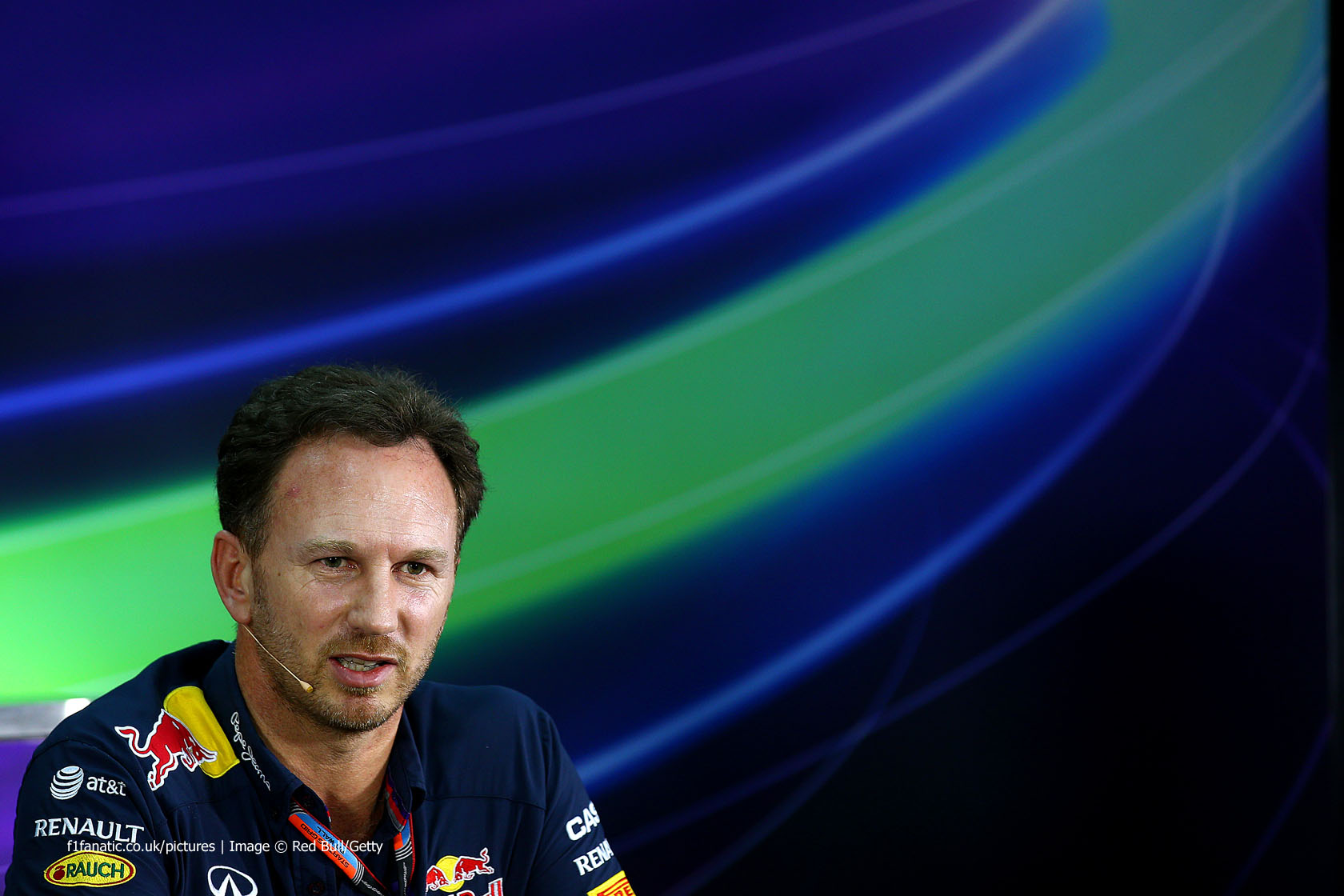 Christian Horner says Red Bull could be left with no option other than quit Formula One as it may find itself without an engine supplier.

During the Australian Grand Prix weekend Red Bull motorsport director Helmut Marko was quoted saying the team’s owner Dietrich Mateschitz might “lose his passion” for F1 and his team could leave the sport if it was “totally dissatisfied”.

However during a press conference today Horner said Marko’s words should be taken as meaning the team could forced into leaving Formula One.

“And I think what he was trying to refer to was that should we find ourselves in a situation where… we could ultimately find ourselves without an engine supplier. Should Renault choose to withdraw from Formula One, Mercedes wouldn’t supply Red Bull with an engine and Ferrari – it’s unlikely we’d be in a position to take a Ferrari engine. So you could find yourself actually forced out of the sport.”

Renault has been linked to a takeover of the Toro Rosso team but managing director Cyril Abiteboul has also said it could reduce its involvement in F1.

Red Bull receives preferential financial terms from Bernie Ecclestone and CVC because it has committed to Formula One until 2020. However Horner said its continued participation depends on whether it is getting value for money.

“As with any company Red Bull again reviews its return on investment,” said Horner. “Is Formula One developing for Red Bull as a brand? There are some worrying signs when we see races like we saw in Melbourne”.

“But hopefully that’s one chapter in a long story. I think there’s a long season ahead of us. Red Bull want to compete, Red Bull want to be in Formula One and we want to try and address some of the issues that are currently plaguing the sport that we don’t seem to be able to find any traction on”.

110 comments on “Engine situation could force Red Bull out – Horner”