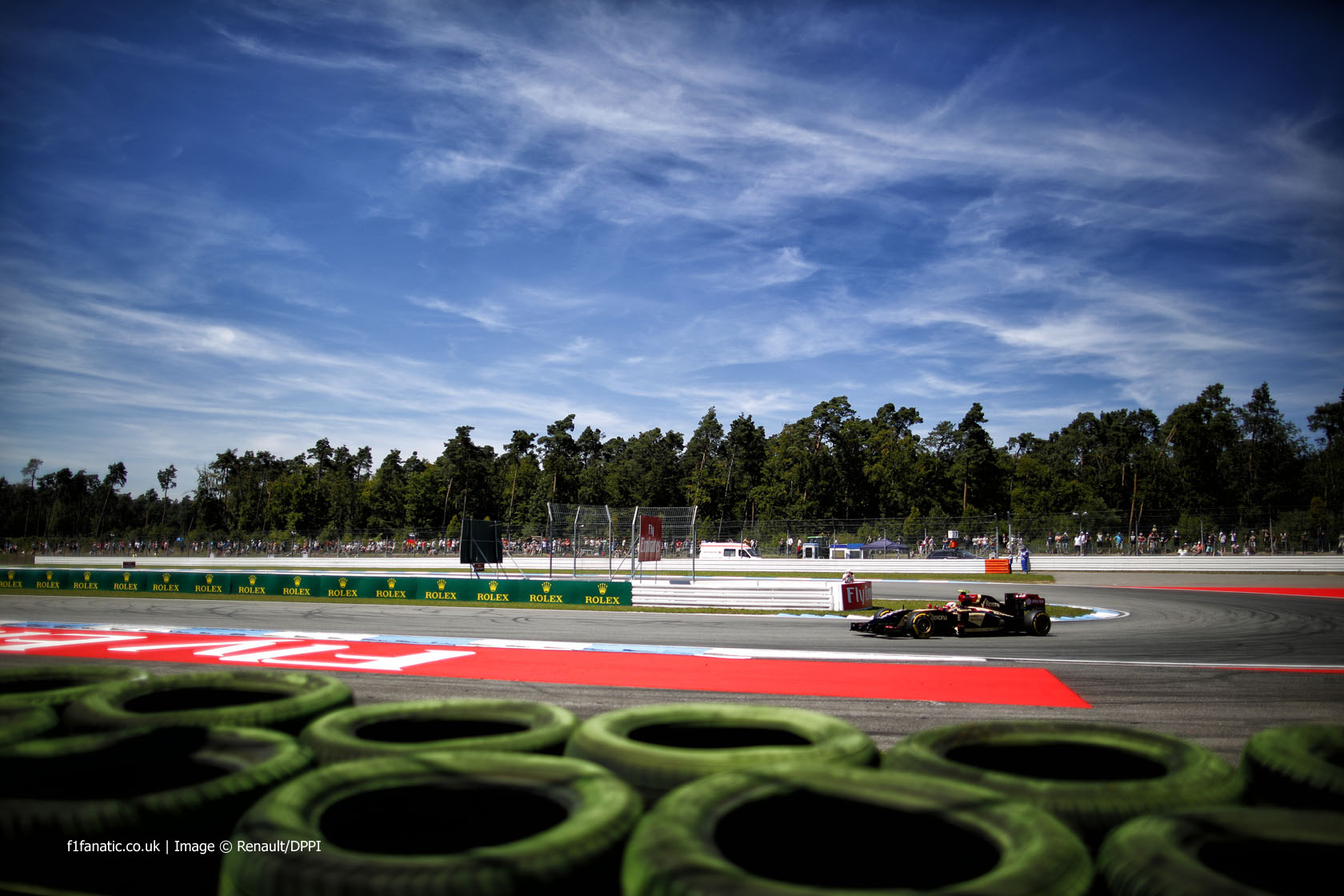 Lotus deputy team principal Federico Gastaldi expects the German Grand Prix to return to the calendar next year following its late disappearance from the 2015 schedule.

The German Grand Prix will not be held this year after the Nurburgring, which was originally supposed to hold the race, failed to agree terms with Bernie Ecclestone. The Hockenheimring, which shares the hosting of the race with the Nurburgring in alternate years, recently announced it will not take over hosting this year’s event.

However Gastaldi, whose team is using Mercedes engines for the first time this year, is optimistic the race won’t be gone for long.

“It’s of course a shame for everyone, especially all the German fans who wanted to come see Formula One, but these things happen sometimes in the commercial world.”

“For the team we know we have nineteen races. Twenty races makes for a long season so we still have a pretty full season even if one race is dropped.”

Despite criticism of the small field which contested the first race of the season in Australia, Gastaldi said the fact official race day attendance rose to 101,500 was “very impressive” and shows “Formula One is back on track”.