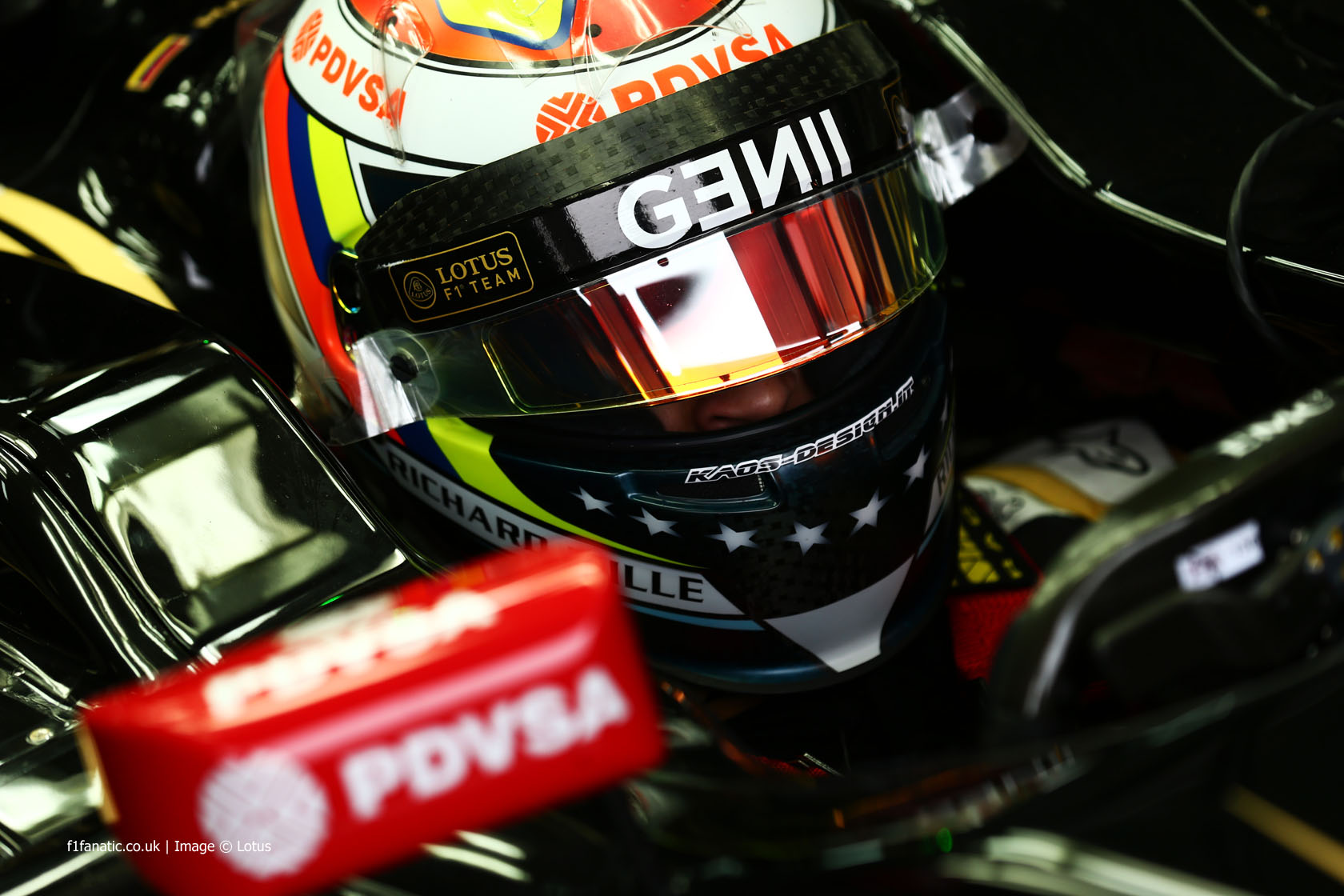 Pastor Maldonado’s crash which ended Lotus’s participation in the final pre-season test of 2015 was caused by a “braking-related issue”, according to the team’s technical director Nick Chester.

“He wasn’t able to slow sufficiently into turn four and the car was damaged,” Chester explained. “There was nothing Pastor or any driver could have done to avoid this accident which was systems related and we’re investigating thoroughly to ensure it doesn’t happen again.”

“It was a shame to end the day early,” said Maldonado, “but that was the only issue we’ve had like this during testing so we can look to the positive that we have a lot of information to take the car in the right direction.”

“My braking was compromised coming into turn four, meaning I went off the track and hit the barriers. I was able to brake and slow, just not as much as the maximum otherwise possible.

“The car was not too badly damaged and I am fine, but it’s a shame we had this issue as we would have been looking at running the softer tyres in the afternoon and putting in some fast laps.”

16 comments on “Maldonado not to blame for crash – Lotus”