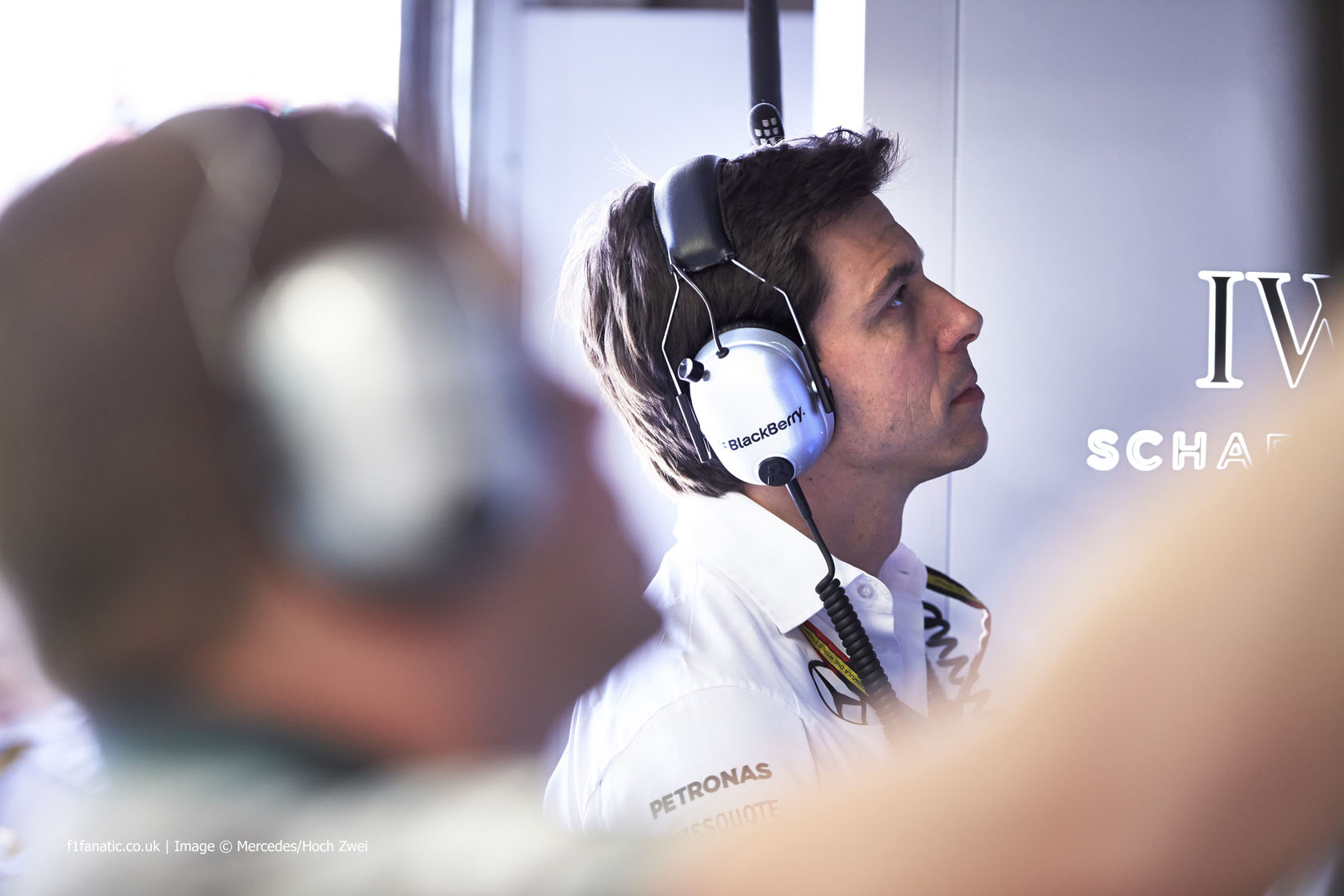 In the round-up: Mercedes executive director Toto Wolff warns against rival teams who have threatened to force a change in engine regulations which could to a significant increase in costs.

“It’s very clear how irresponsible that would be for the sport in an environment where we have just lost two teams, where we are talking about financial hardship for some of the other teams, that somebody wants to go gloves off.”

“I hope that Marussia and Caterham get their act together. If not, and we had to run a third car, we would be in a position to. But we will need to know pretty quickly – it’s already November. Logistically it would be painful, but if we are called upon to do it then yes, we would be able to support it.”

Monisha Kaltenborn: “The last time we relied on [Jean Todt], when we had this unanimous agreement on cost control, nothing happened.”

Administrator Finbarr O’Connell: “We are talking to a number of parties who could make a substantial investment. It is possible then if we got to £1.8million tomorrow and had pledges of £0.5million from sources then we could make an executive decision to go.”

“The car, to be driven by British tester Oliver Turvey, is only allowed to do 100km under testing restrictions with demonstration tyres in what is effectively a ‘shakedown’ to ensure everything works.”

“All the stuff that happens on the car for next year doesn’t get discussed with me, which is normal. But equally there’s stuff that we test here on the track which I’m sure will possibly be used next year, and from a team point of view it’s the best foot forward to use both of the cars to do that.”

“They started off chanting Massa’s name but that then changed to Senna’s name, which is amazing considering it’s 20 years since Imola. It shows how much of a hero Senna was and still is for the Brazilians.”

@f1fanatic_co_uk That says something Performance Engineering. Not sure what it means, if anything!

Michael Schumacher's website has been re-launched today but no further details about his condition: http://t.co/TCngj3o5vM #F1

The F1 field looked a bit healthier 20 years ago:

Rather depressing contrasting the grid from 1994 to the current grid. I mean, look at it. 26 cars. Myriad constructors and engine manufacturers. F1 is in a sad, sad state comparatively.

Despite this, I still love it and will continue to watch.
Mansell’s_Stache

Unfortunately Salazar is best remembered as the driver who took Nelson Piquet out of the 1982 German Grand Prix while the Brabham driver was leading, and how he received a flurry of punches and kicks afterwards.

He is, however, the only Chilean driver ever to have competed in Formula One, and scored his only points in that year’s controversial San Marino Grand Prix.