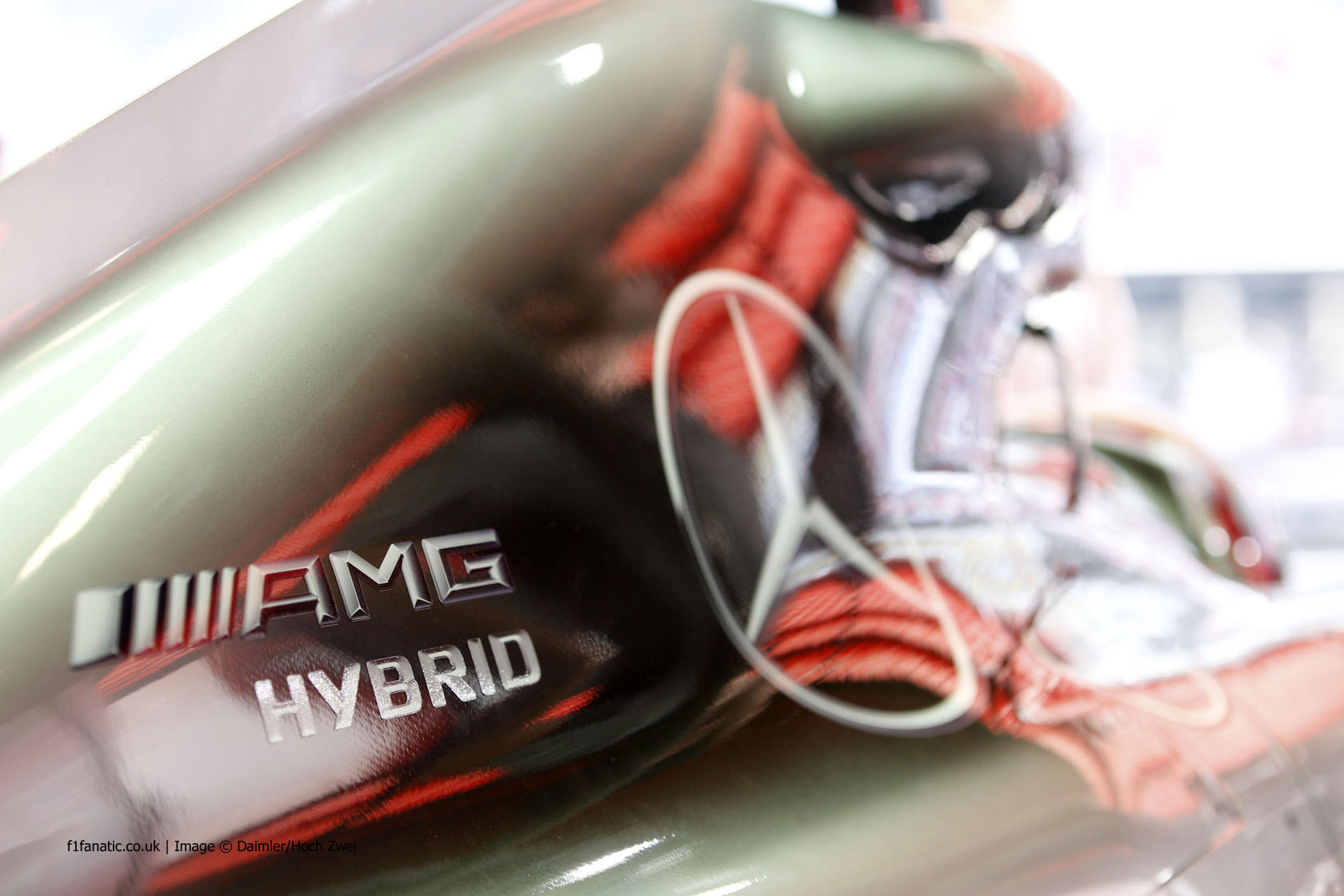 When F1’s radical new engine regulations were introduced for 2014 there was always a chance one manufacturer would come up with a significantly better solution than the rest and enjoy a highly successful season.

So it has proved with Mercedes, who in the early stages of the year had the largest performance advantage over their rivals F1 had seen for 16 years.

That inevitably shocked Renault and Ferrari, who have redoubled their efforts to close the gap in 2015. And this work hasn’t just been going on in their factories.

It has taken the form of a public relations campaign focused on changing F1’s rules in a way which they hope will bring them closer to Mercedes. Red Bull’s Christian Horner and Ferrari’s Marco Mattiacci have strenuously criticised F1’s ‘engine freeze’ at any given opportunity.

“Just the word ‘frozen’ engines, this is not Formula One, to talk about frozen engines,” said Mattiacci in Sochi. This is a classic PR tactic: framing the debate in the language which best suits your point of view.

Talking about ‘frozen’ engines suggests there is no room for any degree of development in the current engine specification, much as was the case with F1’s V8 engines between 2007 and 2013. But that is not the case.

The FIA regulations show just 8% of the power unit specifications will be frozen next year. That won’t rise above a quarter until after 2017. A 95% freeze, comparable to the restrictions during V8 era, is still five years away. Therefore there is already considerable scope for engine development, and talk of engine specifications already being ‘frozen’ is wide of the mark.

For the purposes of the rules the power units are classified in 66 separate components, of which 61 may be changed, and manufacturers are permitted to alter up to 32 (48% of the engine by weight) for next season. This will also be tightened over the following years, but again it’s not until 2019 that something close to a true ‘freeze’ on development will be realised.

The current engine specification is not ‘frozen’, it is being frozen in stages. Of course the rules weren’t written this way by accident – it was done for sound reasons. The first items to be frozen are chiefly the conventional aspects of the engine, encouraging teams to prioritise work on their energy recovery systems – the very aspect of engine development which is so attractive to the like of 2015 newcomers Honda.

Closing off development opportunities in other areas, and restricting how often teams can introduce new engines, is intended to help control costs. The paramount importance of this should be lost on no one given the financial problems which have pushed Caterham to the brink of collapse and the repeated warnings from other struggling teams. But at a recent meeting of the Strategy Group – the controversial body which represents a small number of F1’s wealthiest teams – a majority vote approved a plan to allow exactly this to happen.

At present teams can introduce engine upgrades at the beginning of each season, but under the Strategy Group proposal they would be permitted to do so throughout the year. A two-car team using four power units per season would therefore get up to six additional opportunities to introduce new components.

Logically this would have to cause an enormous increase in development and manufacturing costs. This is a point Mercedes has made, and although Ferrari has contradicted it, in the absence of any guarantee that vulnerable smaller teams will not receive higher engine bills we should not take this at face value.

And to what end is all this being done? Mercedes would have the same opportunity to develop their engine, and who’s to say they would not match or even exceed their rivals’ development rate? It is far from certain an ‘unfreeze’ would lead to closer racing at the front of the field.

For Mercedes’ rivals to get their way the ‘unfreeze’ requires the unanimous approval of the F1 Commission, on which Mercedes has a vote. This has led to perhaps the most amusing phase of the PR war, with Red Bull and Ferrari alternately making attempts to entice or shame Mercedes into siding with them ‘for the good of the sport’.

Where, one wonders, was their selfless concern for the future of F1 three years ago when they swung a wrecking ball into the Formula One Teams’ Association, derailing its efforts at cost reduction, so they could sign lucrative commercial deals with Bernie Ecclestone? No one should be fooled by their crocodile tears.

Teams can gain performance without an ‘unfreeze’

Away from the PR war, Ferrari’s own technical staff admit the current staged engine freeze is not a serious obstacle to them being able to catch Mercedes. “It’s true you can’t change every part of the engine,” said technical director James Allison in September, “but the regulations say the majority of parts that can make a difference in terms of performance on the engine are still free.”

“The 48% is not a binding figure and can be misleading compared to what are the real opportunities to improve the power output of the power unit. The way is completely open when it comes to the rules.”

F1’s staged engine freeze is a rare example of a sensible compromise between its need to operate at the cutting edge of technology yet constrain costs in a way which will prevent its competitors from spending the sport to destruction. It is a nuanced solution to a complex problem.

Taking the lid off engine development would lead to a huge increase in costs which few teams can bear at the moment. In many ways the real question here should be why it has fallen to a team to defend it. At a time when there are very real fears about F1 grid sizes falling, the sport’s governing body and commercial arm should not be contemplating another hike in engine costs.

117 comments on “Why Mercedes should block F1’s engine ‘unfreeze’”