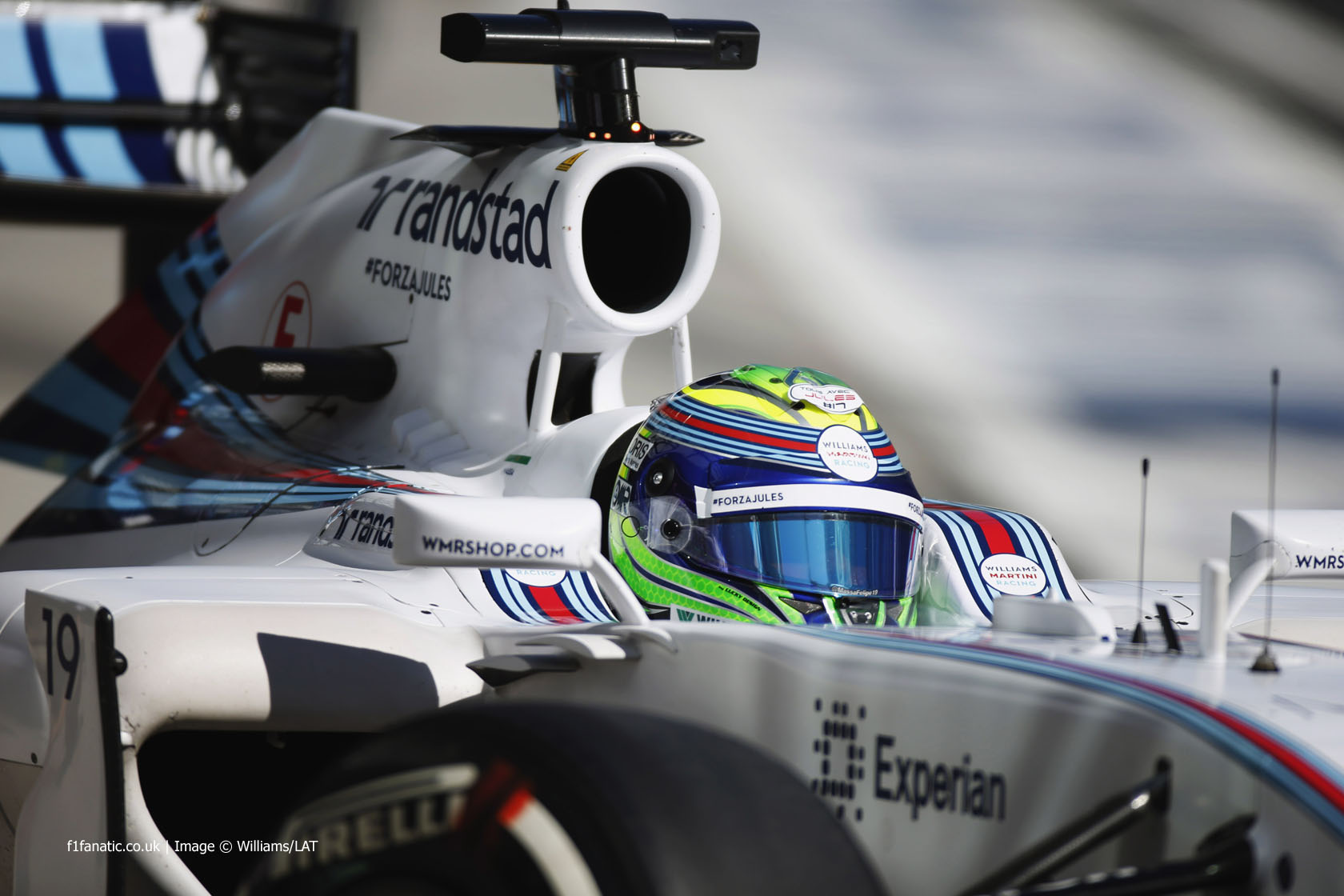 A fuel pressure problem in qualifying meant Felipe Massa started the Russian Grand Prix from 18th on the grid.

Williams took a chance on an alternative strategy to move him up the order. It was one that would have worked very well had the Safety Car been deployed.

But although there was good reason to expect it would happen, the Safety Car didn’t play a role in the grand prix.

Massa pitted at the end of the first lap to replace his medium tyres with softs. Had the Safety Car come out, other cars around him which started on softs would have needed to pit to make the mandatory switch to mediums.

As that never happened, Massa found himself stuck in traffic once he came up against the similarly quick car of Sergio Perez.

“I lost a lot of time behind him,” said Massa. “After my second stop I soon found myself behind Perez again and I didn’t really have any good opportunities to take a risk and pass him.”

Earlier in the race Massa had been little more than a second behind Rosberg, who like him pitted on the first lap of the race. But while Rosberg completed the remainder of the race on his medium tyres and climbed to second, Massa finished a frustrated and point-less 11th behind Perez.