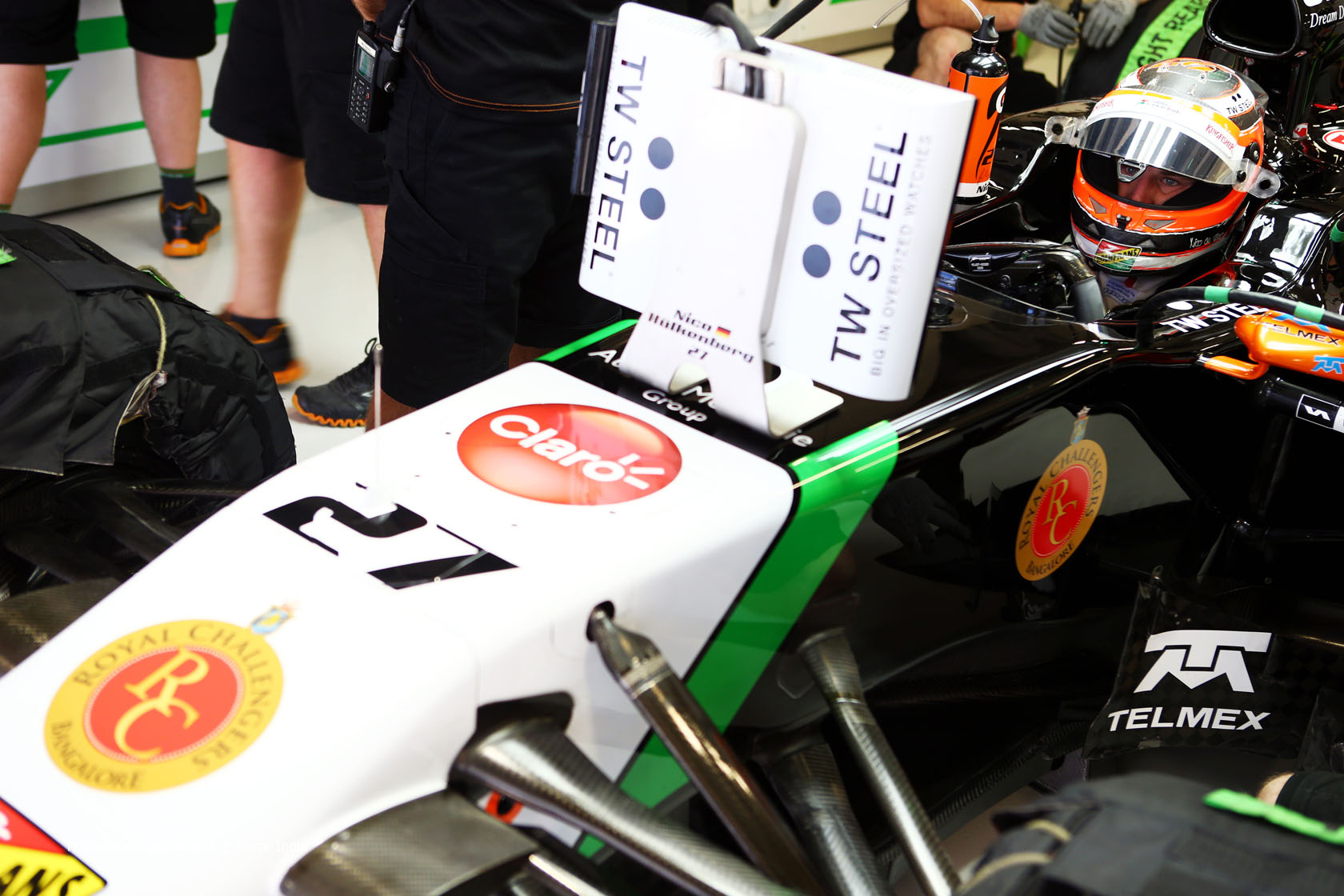 Nico Hulkenberg and Pastor Maldonado are set to be moved back five places on the grid for the Russian Grand Prix.

The Force India driver has switched to a new gearbox following the previous race in Japan, despite having not used his previous unit for six consecutive races as required by the rules.

Hulkenberg came to a stop at the end of the race, but because the race was abandoned before reaching full distance he was classified a a finisher, meaning he will take a penalty for the change of gearbox.

Maldonado, meanwhile, is the first driver to have a penalty ‘roll over’ from one weekend to the next under the new power unit rules brought in for this season.

The Lotus driver received a ten-place grid penalty for switching to a sixth internal combustion engine at Suzuka. However as he qualified 17th he could only be moved back five places to 22nd.

Therefore he will be moved back a further five places on the grid for this weekend’s race. Under the rules, if he does not qualify high enough to serve the remainder of his penalty, it will not be carried on any further.

9 comments on “Grid drops for Hulkenberg and Maldonado”