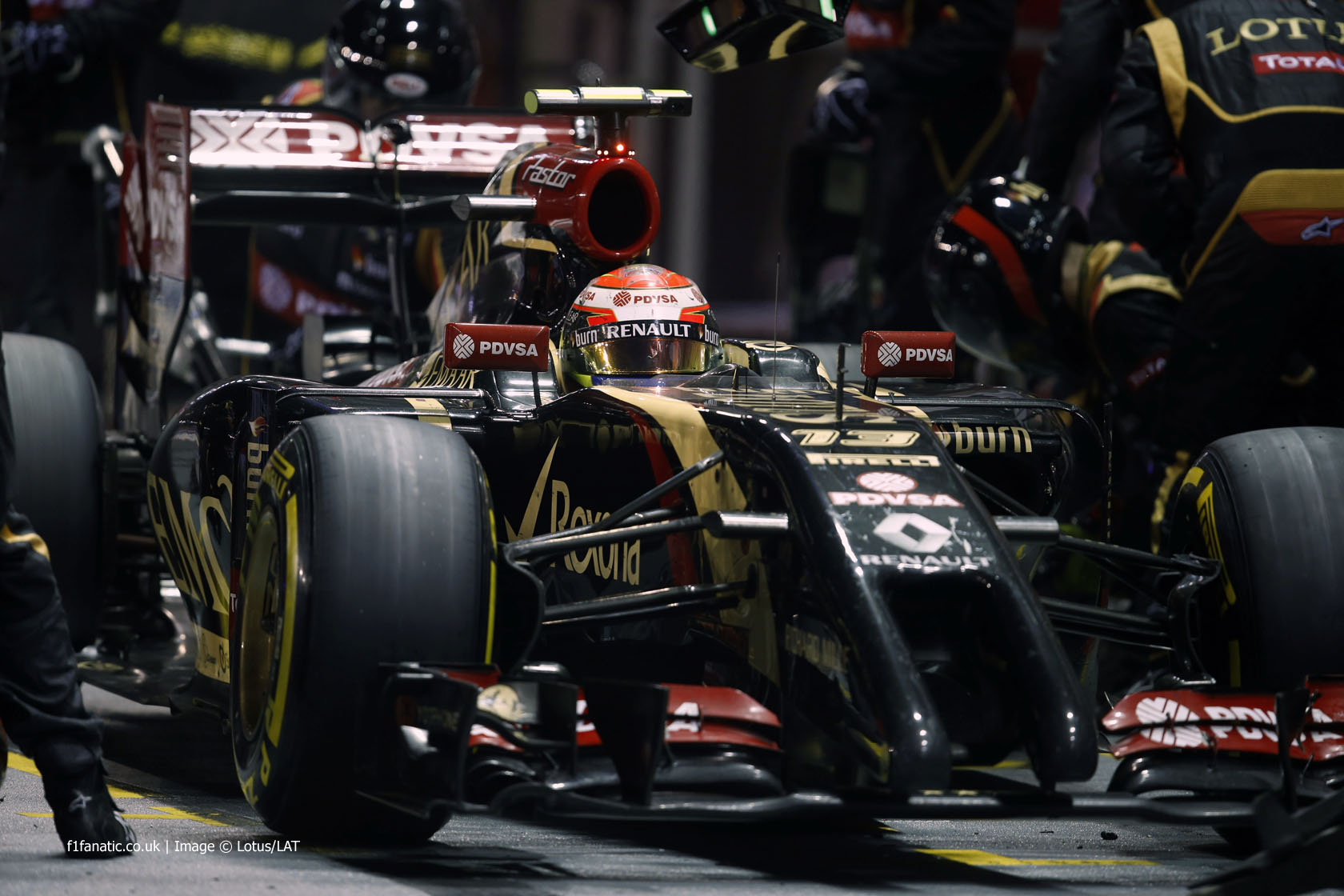 Pastor Maldonado is set to become the second driver this year to receive a penalty for using a sixth engine component.

Ahead of the Japanese Grand Prix Lotus notified the FIA they will be installing a new internal combustion engine [ICE] in his car, which will be his sixth of the season.

As it is the first time he has used a sixth component, Maldonado will receive an automatic ten-place grid penalty, as fellow Renault user Daniil Kvyat did in Italy.

Maldonado’s team mate Romain Grosjean along with both Mercedes, McLaren, Williams and Caterham drivers have all moved onto their fifth ICEs with five races remaining.

Esteban Gutierrez, Jean-Eric Vergne, Daniel Ricciardo, Nico Hulkenberg and Sergio Perez are the only remaining drivers who have not yet used their fifth ICE.